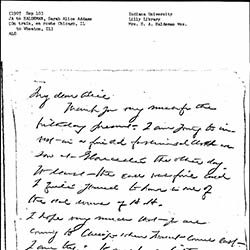 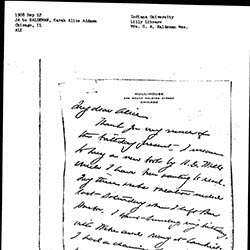 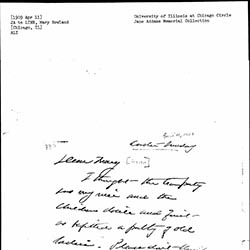 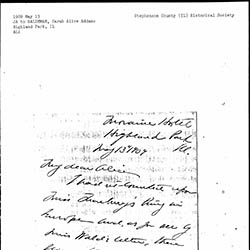 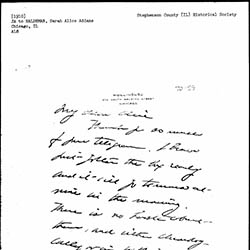 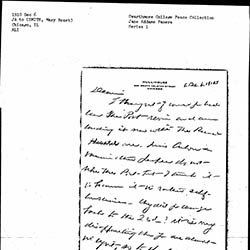 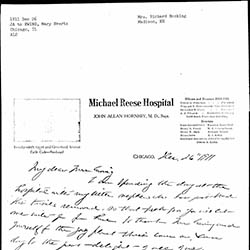 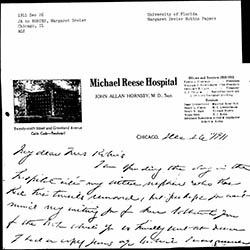 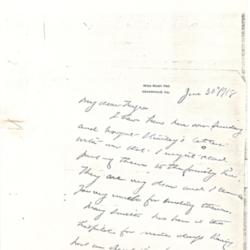 Eri Baker Hulbert III, called "Brother" by his family, was born in Albuquerque, New Mexicom in 1905. He was the son of Charles Hulbert and Esther Linn Hulbert, Jane Addams's niece. After the family moved to Chicago, Hulbert, along with his siblings, spent time at Hull-House. As an adult, Hulbert held a variety of positions, including working as a teacher at Piedmont Junior High School in Charlotte, NC (1927-1928) and as an actor and director at the Chicago Art Theater (1928-1931). He was later employed by Hull-House (1948-1949), where he worked with the Temporary Organizing Committee for the Redevelopment of the Near West Side. From 1949 until his death in 1955, Hulbert was the Director of the Near West Side Planning Board.

Eri Hulbert married Margaret Hodges Brown in 1941. The couple had no children. As Addams's great-nephew, Eri Hulbert shared a fond relationship with her. Many of his letters after the death of Jane Addams are discussions with family members about family royalties and the dramatization of Addams's life.