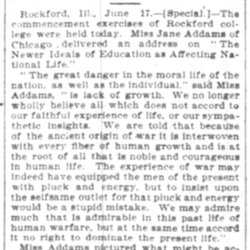 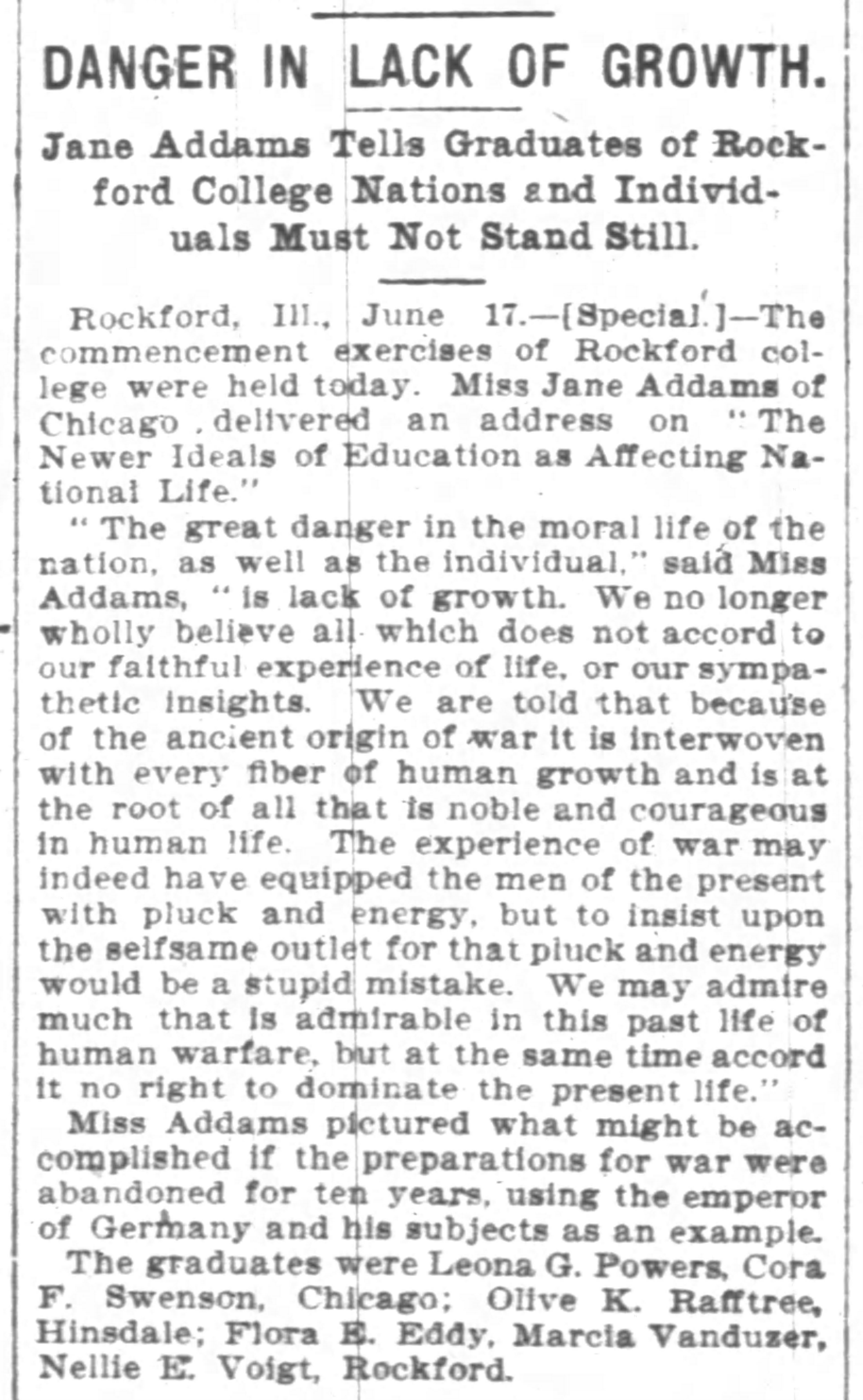 DANGER IN LACK OF GROWTH.

"The great danger in the moral life of the nation, as well as the individual," said Miss Addams, "is lack of growth. We no longer wholly believe all which does not accord to our faithful experience of life, or our sympathetic insights. We are told that because of the ancient origin of war it is interwoven with every fiber of human growth and is at the root of all that is noble and courageous in human life. The experience of war may indeed have equipped the men of the present with pluck and energy, but to insist upon the selfsame outlet for that pluck and energy would be a stupid mistake. We may admire much that is admirable in this past life of human warfare, but at the same time accord it no right to dominate the present life."

Miss Addams pictured what might be accomplished if the preparations for war were abandoned for ten years, using the emperor of Germany and his subjects as an example.

Addams delivered the commencement speech at Rockford College, arguing that a lack of growth was a danger to moral life of individual and nation.

The names of graduating class has not been indexed.