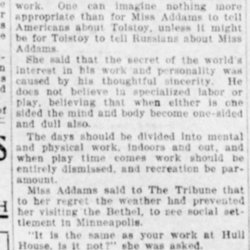 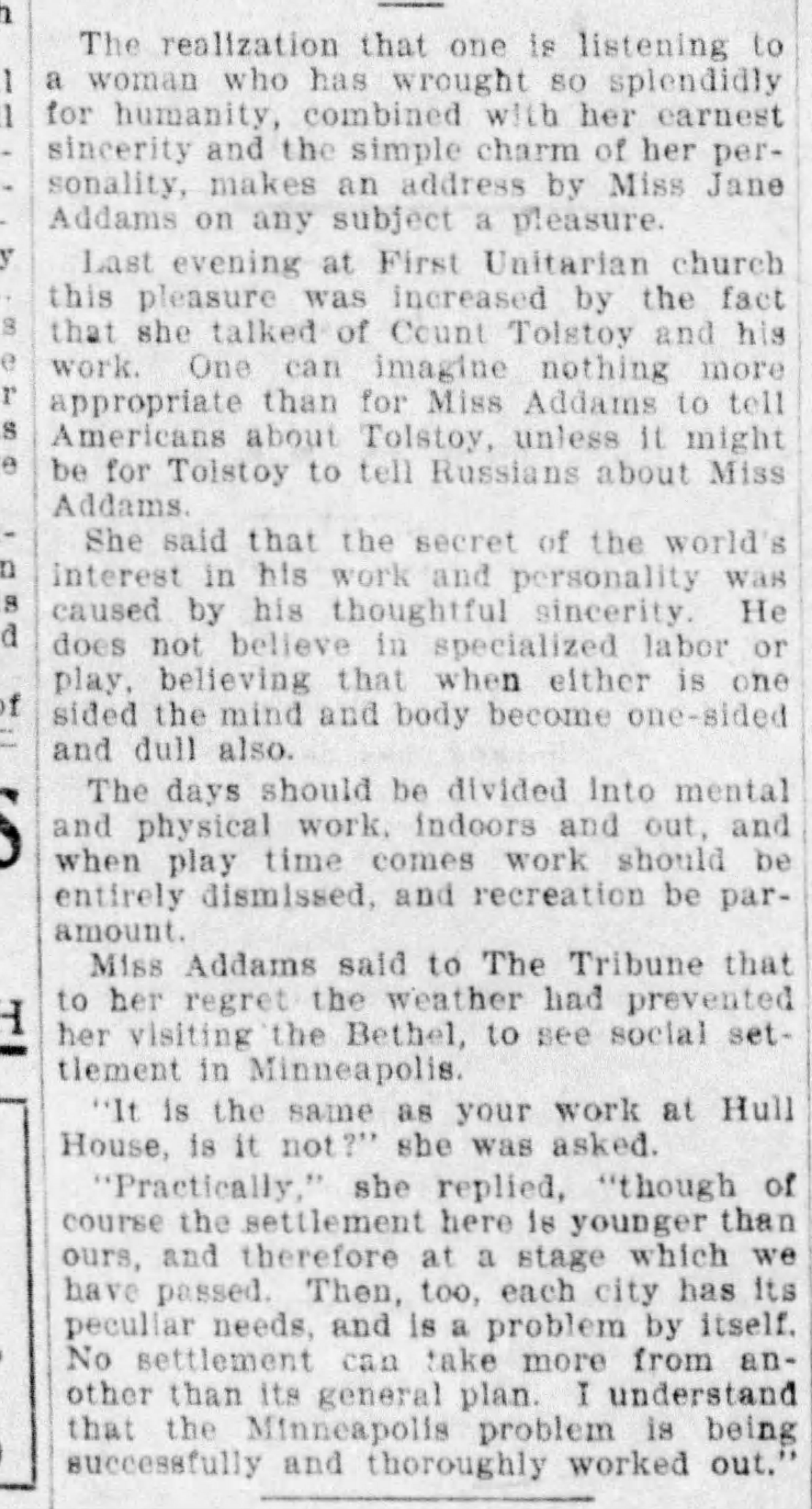 The realization that one is listening to a woman who has wrought so splendidly for humanity, combined with her earnest sincerity and the simple charm of her personality, makes an address by Miss Jane Addams on any subject a pleasure.

Last evening at First Unitarian Church this pleasure was increased by the fact that she talked of Count Tolstoy and his work. One can imagine nothing more appropriate than for Miss Addams to tell Americans about Tolstoy, unless it might be for Tolstoy to tell Russians about Miss Addams.

She said that the secret of the world's interest in his work and personality was caused by his thoughtful sincerity. He does not believe in specialized labor or play, believing that when either is one-sided the mind and body become one-sided and dull also.

The days should be divided into mental and physical work, indoors and out, and when play time comes work should be entirely dismissed, and recreation be paramount.

Miss Addams said to The Tribune that to her regret the weather had prevented her visiting the Bethel, to see social settlement in Minneapolis.

"It is the same as your work at Hull House, is it not?" she was asked.

"Practically," she replied, "though of course the settlement here is younger than ours, and therefore at a stage which we have passed. Then, too, each city has its peculiar needs, and is a problem by itself. No settlement can take more from another than its general plan. I understand that the Minneapolis problem is being successfully and thoroughly worked out." 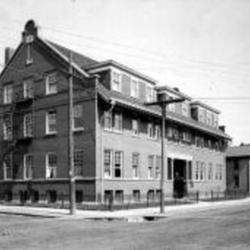 A summary of Addams' talk on Tolstoy and settlements, given at the First Unitarian Church in Minneapolis.