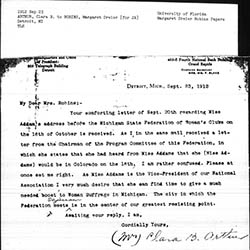 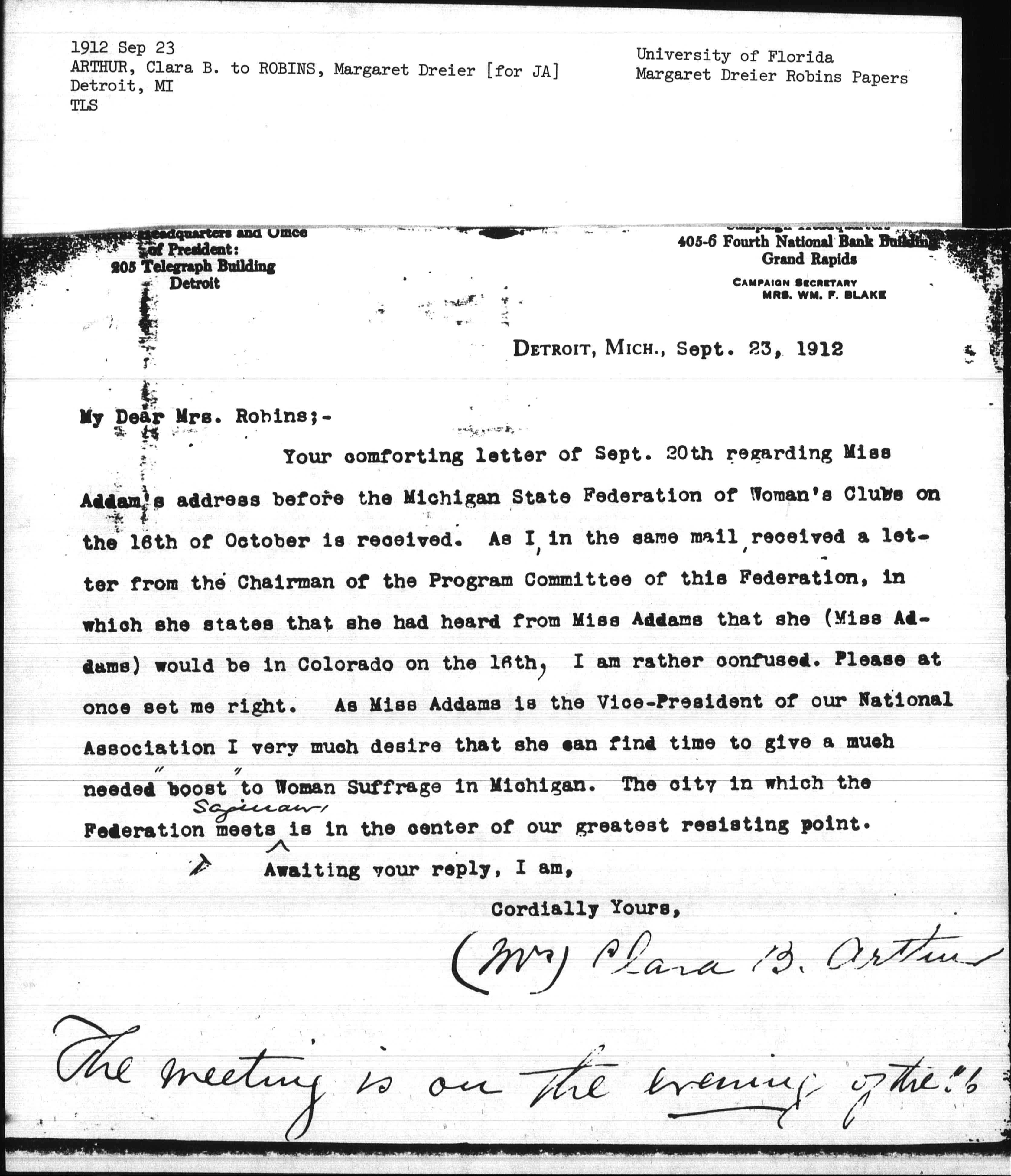 Your comforting letter of Sept. 20th regarding Miss Addams' address before the Michigan State Federation of Women's Clubs on the 16th of October is received. As I in the same mail received a letter from the Chairman of the Program Committee of the Federation, in which she states that she had heard from Miss Addams that she (Miss Addams) would be in Colorado on the 16th. I am rather confused. Please at once set me right. As Miss Addams is the Vice-President of our National Association I very much desire that she can find time to give a much needed "boost" to Woman Suffrage in Michigan. The city in which the Federation meets <Saginaw> is in the center of our greatest resisting point.

Awaiting your reply, I am, 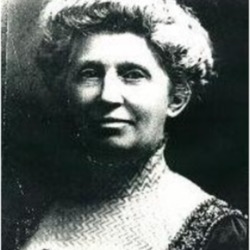 On the bottom of this letter, an unknown author has written "The meeting is on the evening of the 16th".