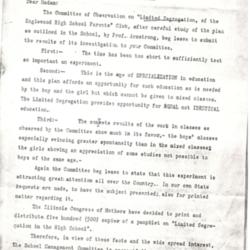 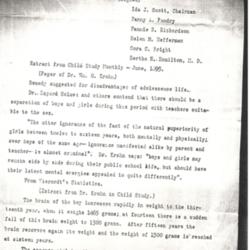 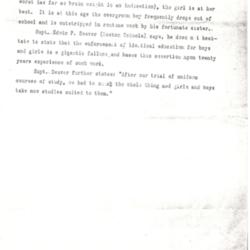 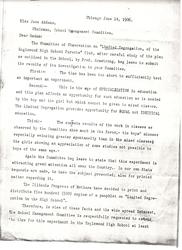 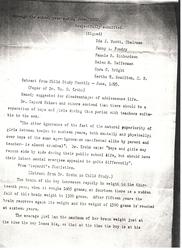 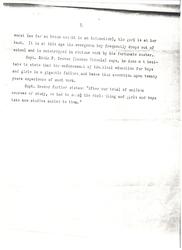 The Committee of Observation on "Limited Segregation, of the Englewood High School Parents" Club, after careful study of the plan as outlined in the School, by Prof. Armstrong, beg leave to submit the results of its investigation to your Committee.

First:- The time has been too short to sufficiently test so important an experiment.

Second:- This is the age of SPECIALIZATION in education and this plan affords an opportunity for such education as is needed by the boy and the girl but which cannot be given to mixed classes. The Limited Segregation provides opportunity for EQUAL not IDENTICAL education.

Third:- The concrete results of the work in classes as observed by the Committee show much in its favor, -- the boys' classes especially evincing spontaneity than in the mixed classes; the girls showing an appreciation of some studies not possible to boys of the same age.

Again the Committee beg leave to state that this experiment is attracting great attention all over the Country. In our own State requests are made, to have the subject presented; also for printed matter regarding it.

The Illinois Congress of Mothers have decided to print and distribute five hundred (500) copies of a pamphlet on "Limited Segregation in the High School".

Therefore, in view of these facts and the [widespread] interest, The School Management Committee is respectfully requested to extend the time for this experiment in the Englewood High School at least [page 2] through the school year ending 2 June, 1907.

Dr. Bayard Holmes and others contend that there should be a separation of boys and girls during this period with teachers suitable to the sex.

"The utter ignorance of the fact of the natural superiority of girls between twelve to sixteen years, both mentally and physically; over boys of the same age -- ignorance manifested alike by parent and teacher -- is almost criminal". Dr. Krohn says: "boys and girls may remain side by side during their public school life, but should have their latent mental energies appealed to quite differently".

The brain of the boy increases rapidly in weight to the thirteenth year, when it weighs 1465 grams; at fourteen there is a sudden fall of this brain weight to 1300 grams. After fifteen years the brain recovers again its weight and the weight of 1500 grams is reached at sixteen years.

Supt. Edwin P. Seaver (Boston Schools) says, he does not hesitate to state that the enforcement of identical education for boys and girls is a gigantic failure and bases this assertion upon twenty years experience of such work.

Supt. Seaver further states: "After our trial of uniform courses to study, we had to smash the whole thing and girls and boys take now studies suited to them." 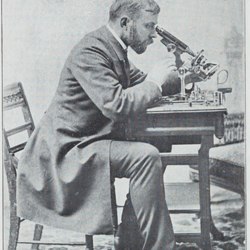 Scott's Committee on Observation on Limited Segregation reports to the Chicago Board of Education that educating boys and girls in the same manner does not appear to be the best policy, and requests time for continued study.