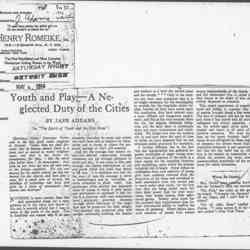 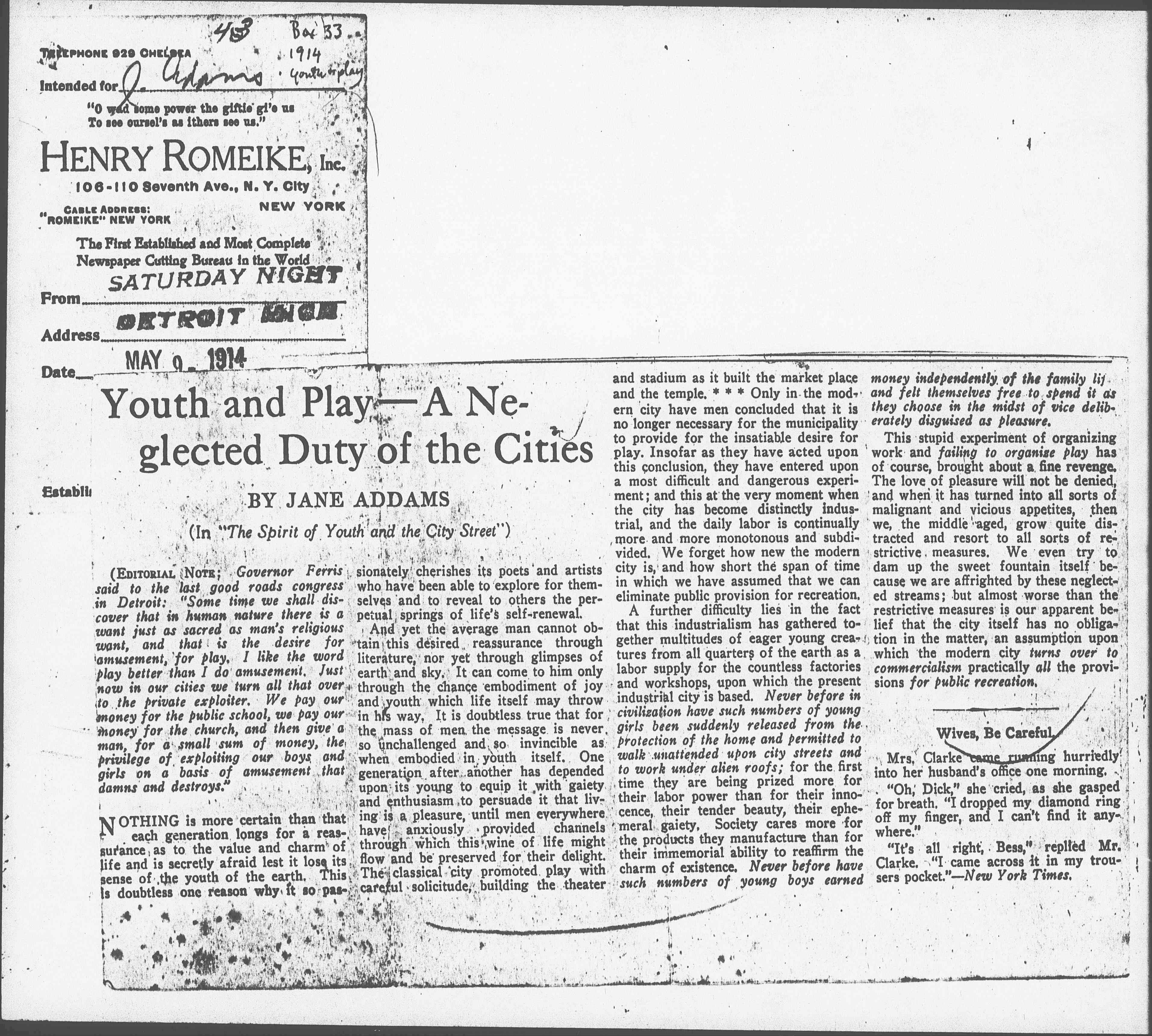 (Editorial Note: Governor Ferris said to the last good roads congress in Detroit: "Some time we shall discover that in human nature there is a want just as sacred as man's religious want, and that is the desire for amusement, for play. I like the word play better than I do amusement. Just now in our cities we turn all that over to the private exploiter. We pay our money for the public school, we pay our money for the church, and then give a man, for a small sum of money, the privilege of exploiting our boys and girl on a basis of amusement that damns and destroys."

NOTHING is more certain than that each generation longs for a reassurance as to the value and charm of life and is secretly afraid lest it lose its sense of the youth of the earth. This is doubtless one reason why it so passionately cherishes its poets and artists who have been able to explore for themselves and to reveal to others the perpetual springs of life's self-renewal.

And yet the average man cannot obtain this desired reassurance through literature, nor yet through glimpses of earth and sky. It can come to him only through the chance embodiment of joy and youth which life itself may throw in his way. It is doubtless true that for the mass of men the message is never so unchallenged and so invincible as when embodied in youth itself. One generation after another has depended upon its young to equip it with gaiety and enthusiasm to persuade it that living is a pleasure, until men everywhere have anxiously provided channels through which this wine of life might flow and be preserved for their delight. The classical city promoted play with careful solicitude, building the theater and stadium as it built the market place and the temple. * * * Only in the modern city have men concluded that it is no longer necessary for the municipality to provide for the insatiable desire for play. Insofar as they have acted upon this conclusion, they have entered upon a most difficult and dangerous experiment; and this at the very moment when the city has become distinctly industrial, and the daily labor is continually more and more monotonous and subdivided. We forget how new the modern city is, and how short the span of time in which we have assumed that we can eliminate public provision for recreation.

A further difficulty lies in the fact that this industrialism has gathered together multitudes of eager young creatures from all quarters of the earth as a labor supply for the countless factories and workshops, upon which the present industrial city is based. Never before in civilization have such numbers of young girls been suddenly released from the protection of the home and permitted to walk unattended upon city streets and to work under alien roofs; for the first time they are being prized more for their labor power than for their innocence, their tender beauty, their ephemeral gaiety. Society cares more for the products they manufacture than for their immemorial ability to reaffirm the charm of existence. Never before have such numbers of young boys earned money independently of the family life and felt themselves free to spend it as they choose in the midst of vice deliberately disguised as pleasure.

This stupid experiment of organizing work and failing to organize play has of course, brought about a fine revenge. The love of pleasure will not be denied, and when it has turned into all sorts of malignant and vicious appetites, then we, the middle aged, grow quite distracted and resort to all sorts of restrictive measures. We even try to dam up the sweet fountain itself because we are affrighted by these neglected streams; but almost worse than the restrictive measures is our apparent belief that the city itself has no obligation in the matter, an assumption upon which the modern city turns over to commercialism practically all the provisions for public recreation.

Addams argues that there needs to be more recreation for boys to keep them away from vice.