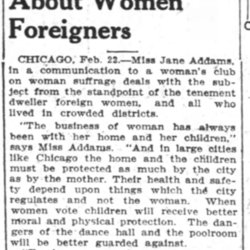 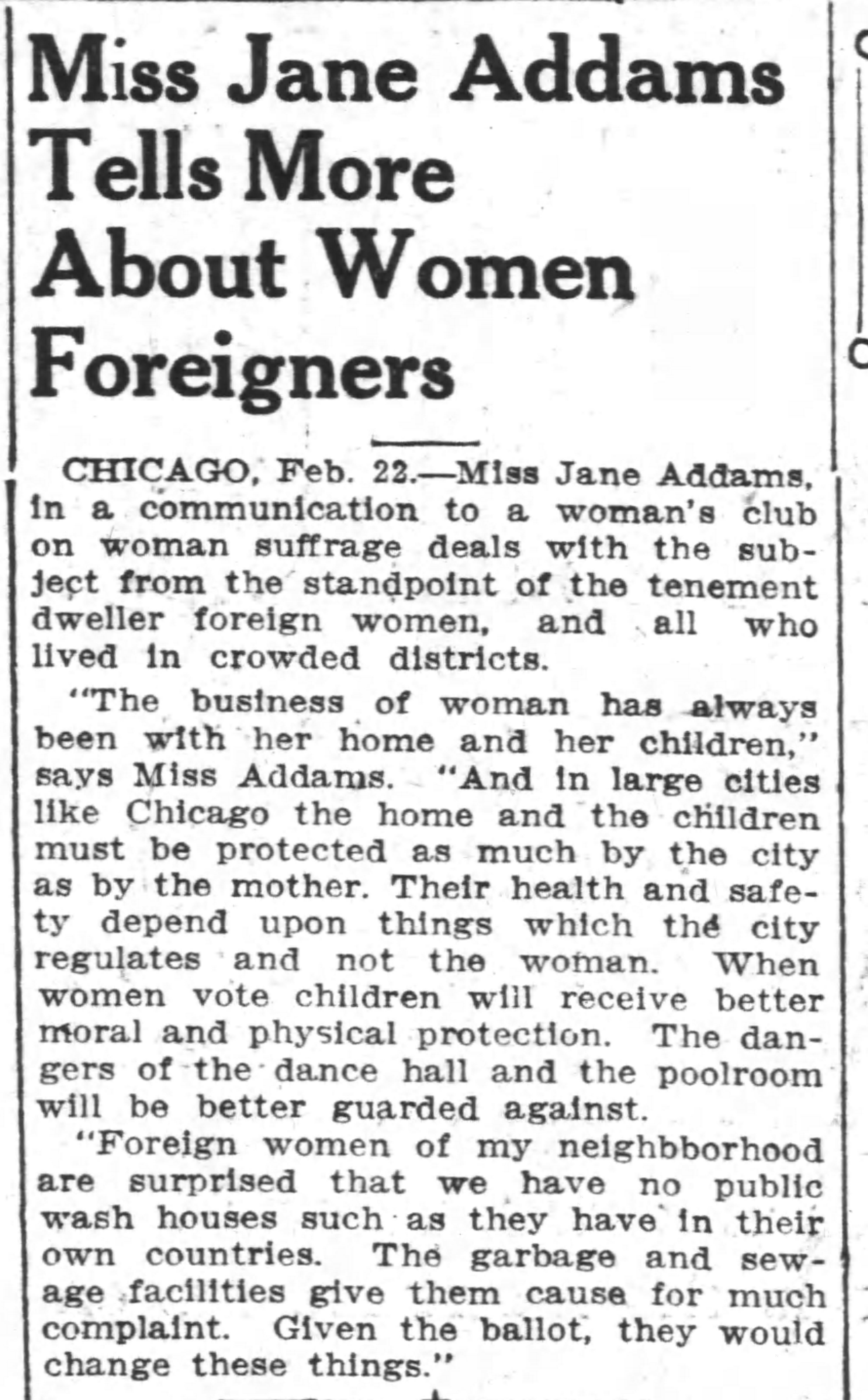 CHICAGO, Feb. 22. -- Miss Jane Addams, in a  communication to a woman's club on woman suffrage deals with the subject from the standpoint of the tenement dweller foreign women, and all who lived in crowed districts.

"The business of woman has always been with her home and her children," says Miss Addams. "And in large cities like Chicago the home and the children must be protected as much by the city as the mother. Their health and safety depend upon things which the city regulates and not the woman. When woman vote children will receive better moral and physical protection. The dangers of the dance hall and the poolroom will be better guarded against.

"Foreign women of my neighborhood are surprised that we have no public wash houses such as they have in their own countries. The garbage and sewage facilities give them cause for much complaint. Given the ballot, they would change these things."

Addams argues that when women vote, they help to improve protection for children and to the general public.