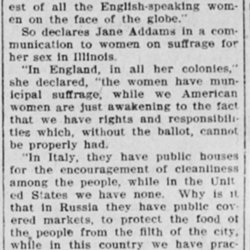 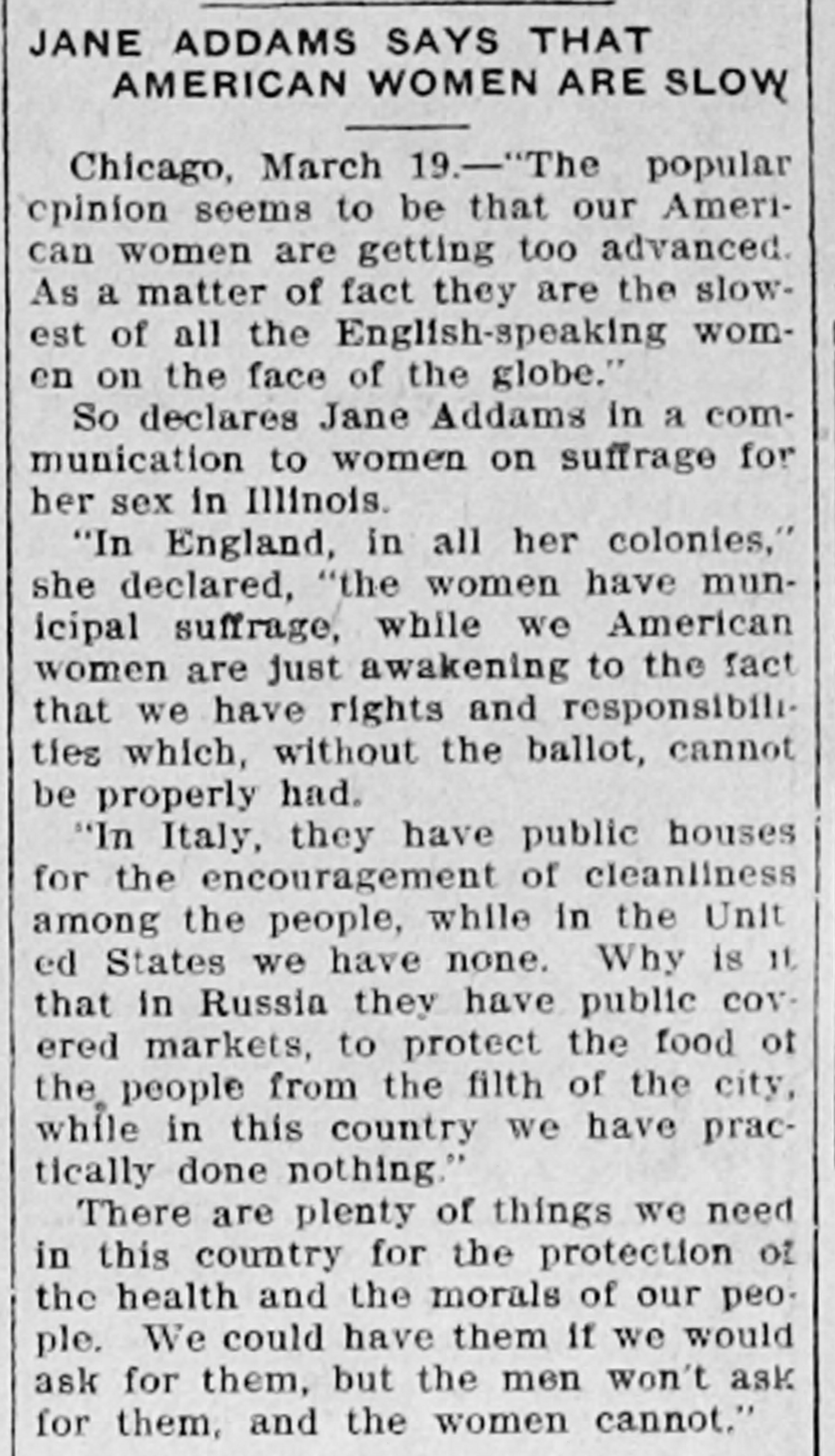 Chicago, March 19. -- "The popular opinion seems to be that our American Women are getting too advanced. As a matter of fact they are the slowest of all the English-speaking women on the face of the globe."

So declares Jane Addams in a communication to women on suffrage for her sex in Illinois.

"In England, in all her colonies," she declared, "the women have municipal suffrage, while we American women are just awakening to the fact that we have rights and responsibilities which, without the ballot, cannot be properly had.

There are plenty of things we need in this country for the protection of the health and the morals of our people. We could have them if we would ask for them, but the men won't ask for them, and the woman cannot."

In terms of securing their rights, Addams argues that women in America lag behind their European counterparts.