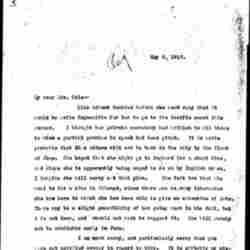 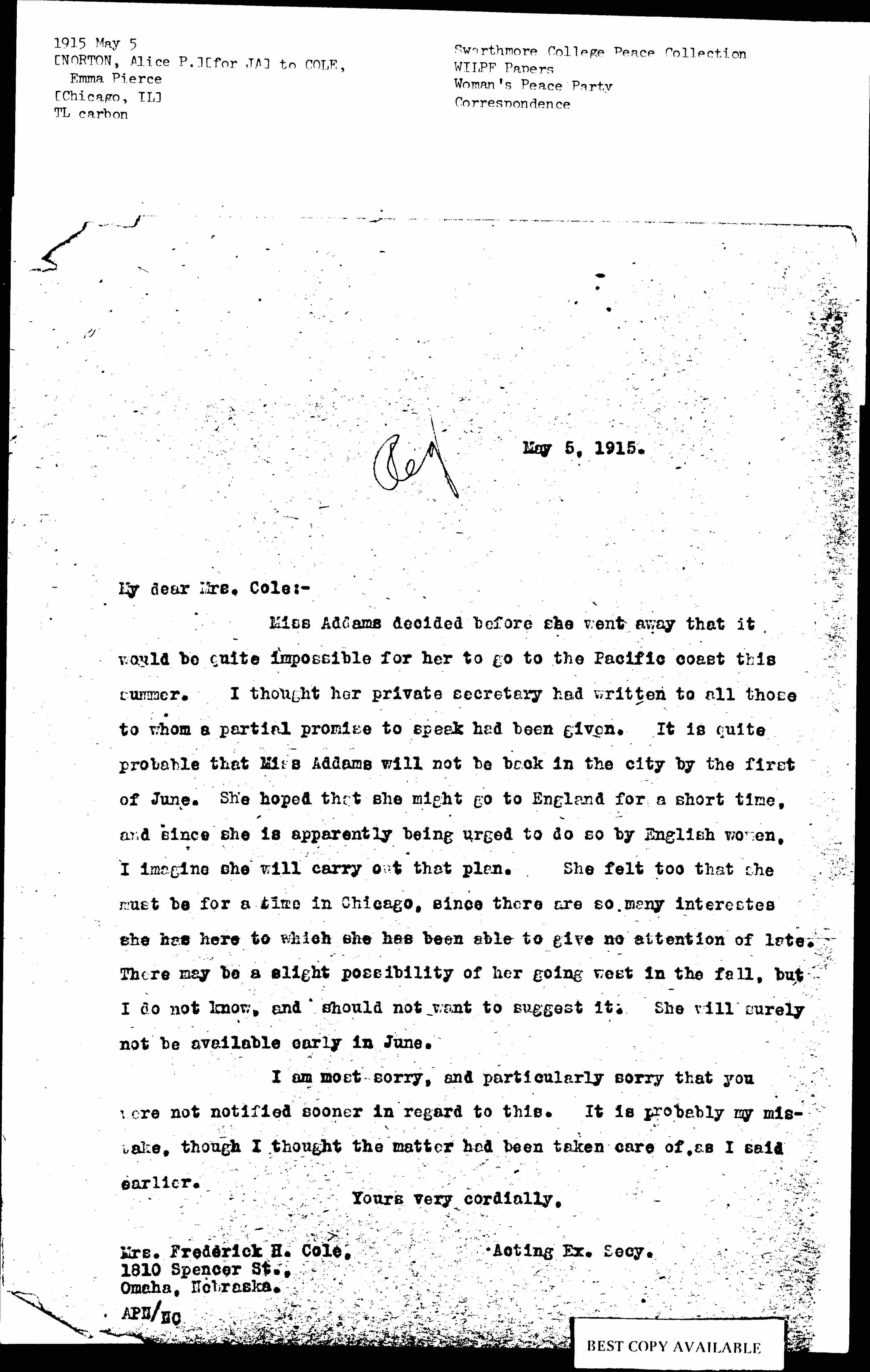 Miss Addams decided before she went away that it would be quite impossible for her to go to the Pacific coast this summer. I thought her private secretary had written to all those to whom a partial promise to speak had been given. It is quite probable that Miss Addams will not be back in the city by the first of June. She hoped that she might go to England for a short time, and since she is apparently being urged to do so by English women, I imagine she will carry out that plan. She felt too that she must be for a time in Chicago, since there are so many [interests] she has here to which she has been able to give no attention of late. There may be a slight possibility of her going west in the fall, but I do not know, and should not want to suggest it. She will surely not be available early in June.

I am most sorry, and particularly sorry that you were not notified sooner in regard to this. It is probably my mistake, though I thought the matter had been taken care of, as I said earlier. 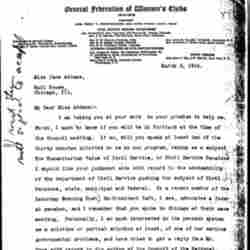 Norton writes on Addams' behalf that she will not be able to speak at the General Federation of Women's Clubs meeting in Portland.