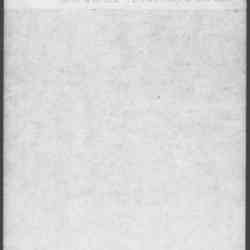 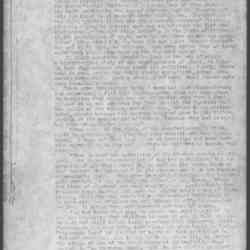 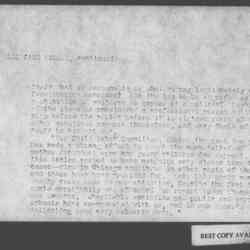 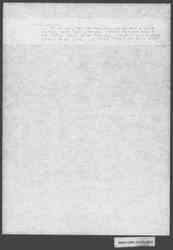 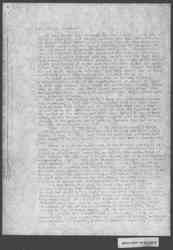 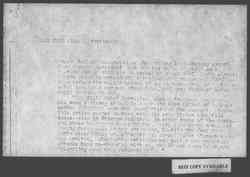 "I am sorry that the Committee did not meet a month earlier, as at first proposed. I could then have made a much better report on the favorable outlook of some pending matters in our State. I am afraid Chicago can never boast. [page 2] I, for one, do not know of much that would permit us to indulge in boasting. Of course, we have some good laws for the protection of children in Illinois, one of them prohibiting night work under the age of sixteen, but the lowering of this age limit is at present under discussion. Foremost in the fight against it are the glass manufacturers of Illinois. They are trying to impress upon our Legislature the fact that they cannot go on with their industry in the State of Illinois if the prohibition of night work for children is not set aside. Indeed, they would like to have the age limit lowered for both day and night work, to thirteen. But they insist that at least night work shall come down to the day work age of 14.

"I think something should be done in the way of making a psychological study of the manufacturers of glass, to learn in just what respect their minds are deficient. Surely, there must be some reason for their strong opposition, other than merely commercial. Such a study, I believe, would reveal some very remarkable facts.

"From some interesting talks I have had with glass-blowers and union-men, I find that strikers among them are more given to tradition than almost any set of working-men that I know. It used to be not uncommon for them to stop the furnaces in the middle of the morning and afternoon, before being replenished, simply because the workmen insisted upon having fifteen minutes in the morning and afternoon, because they had always had this intermission from work.

"Some study of the minds of the manufacturers, I think, might be interesting. They are very partial and very determined. I have met them four times in Committee and have each time expected to be beaten. Perhaps we will not be beaten this time.

"Then we have the opposition of the theatre people in Illinois, who regard the provision of our law prohibiting the employment of any child under 14, as well as the prohibition of work between the hours of 7 in the evening and 6 in the morning as unusually rigid. They have engaged two lawyers – the respectable theatres, a Mr. Condee, the others, a Mr. Trent. Their two lines of argument are very amusing. Mr. Condee holds that children learn nothing but good out of the noble lines of Shakespeare, while the man representing the concert halls says it is mere play for children to work there; it affords amusement to them; it makes them more innocent and pure of heart.

"We had hoped this year to insert the word "English" in our law requiring that children between 14 and 16 must be able to read and write before being provided with employment certificates – no language being specified. We also hoped to include "messenger boys" in the list of kinds of work prohibited to children under 14. But it may be best, after all, to follow the advice of one of the politicians at Springfield, whose warning is "By no means monkey with the law at this session".

"I believe that a conference of this sort, giving an opportunity to meet people from all recognized states, might be made valuable if we could, perhaps, exchange arguments or could [page 3] learn what is reasonable or what we may legitimately expect from theatre managers? Is the law to be regarded as a prohibition of children to appear at a matinee? Ought a child of the stage be considered a professional person entitled to play before the public before it is sixteen years of age? Many other questions suggest themselves, and many facts of value could be brought out.

"Our Child Labor Committee, during the past two years, has made a strong effort to reach the much-talked-of widowed mother dependent upon her young children for support. During this entire period we have met with only eleven bona fide cases – nine in Chicago and three in other parts of the State – and these have been provided for. Only this small number of worthy cases came to our attention, despite the fact that ample opportunity was afforded for report to us through various sources. Charitable societies and public and parochial schools have [cooperated] with us, and in our records we are collecting some very valuable data."

Addams gave this speech at a meeting of the National Child Labor Committee, held in New York City. In it she discussed the child labor reform work done in Chicago.