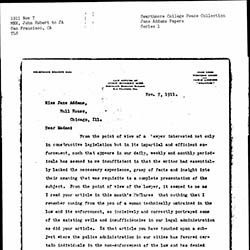 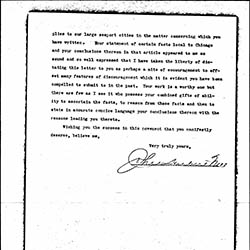 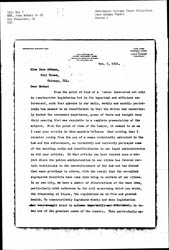 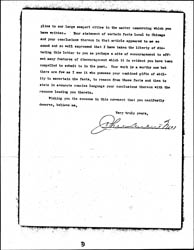 From the point of view of a lawyer interested not only in constructive legislation but in its impartial and efficient enforcement, much that appears in our daily, weekly and monthly periodicals has seemed to me insufficient in that the writer had essentially lacked the necessary experience, grasp of facts and insight into their meaning that was requisite to a complete presentation of the subject. From the point of view of the lawyer, it seemed to me as I read your article in this month's McClures that nothing that I remember coming from the pen of a woman technically untrained in the law and its enforcement, so incisively and correctly portrayed some of the existing evils and insufficiencies in our legal administration as did your article. In that article you have touched upon a subject where the police administration in our cities has favored certain individuals in the non-enforcement of the law and has denied that same privilege to others, with the result that the so-called segregated districts have come into being in certain of our cities. In my own city, we have a number of illustrations of the same idea, particularly with reference to the evil concerning which you wrote, the dispensing of liquor, the regulations as to fire and general health. To constructively legislate wisely and when legislation has been brought about to enforce impartially and effectively is today one of the greatest needs of the country. This particularly [page 2] applies to our large seaport cities in the matter concerning which you have written. Your statement of certain facts local to Chicago and your conclusions thereon in that article appeared to me so sound and so well expressed that I have taken the liberty of dictating this letter to you as perhaps a mite of encouragement to offset many features of discouragement which it is evident you have been compelled to submit to in the past. Your work is a worthy one but there are few as I see it who possess your combined gifts of ability to ascertain the facts, to reason from those facts and then to state in accurate concise language your conclusions thereon with the reasons leading you thereto.

Wishing you the success in this movement that you manifestly deserve, believe me, 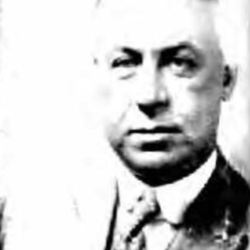 Mee offers a lawyer's perspective on Addams' white slavery article in McClure's Magazine and compliments her grasp of the legislation.