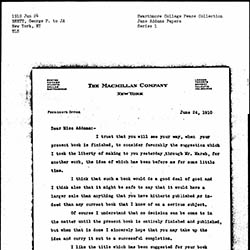 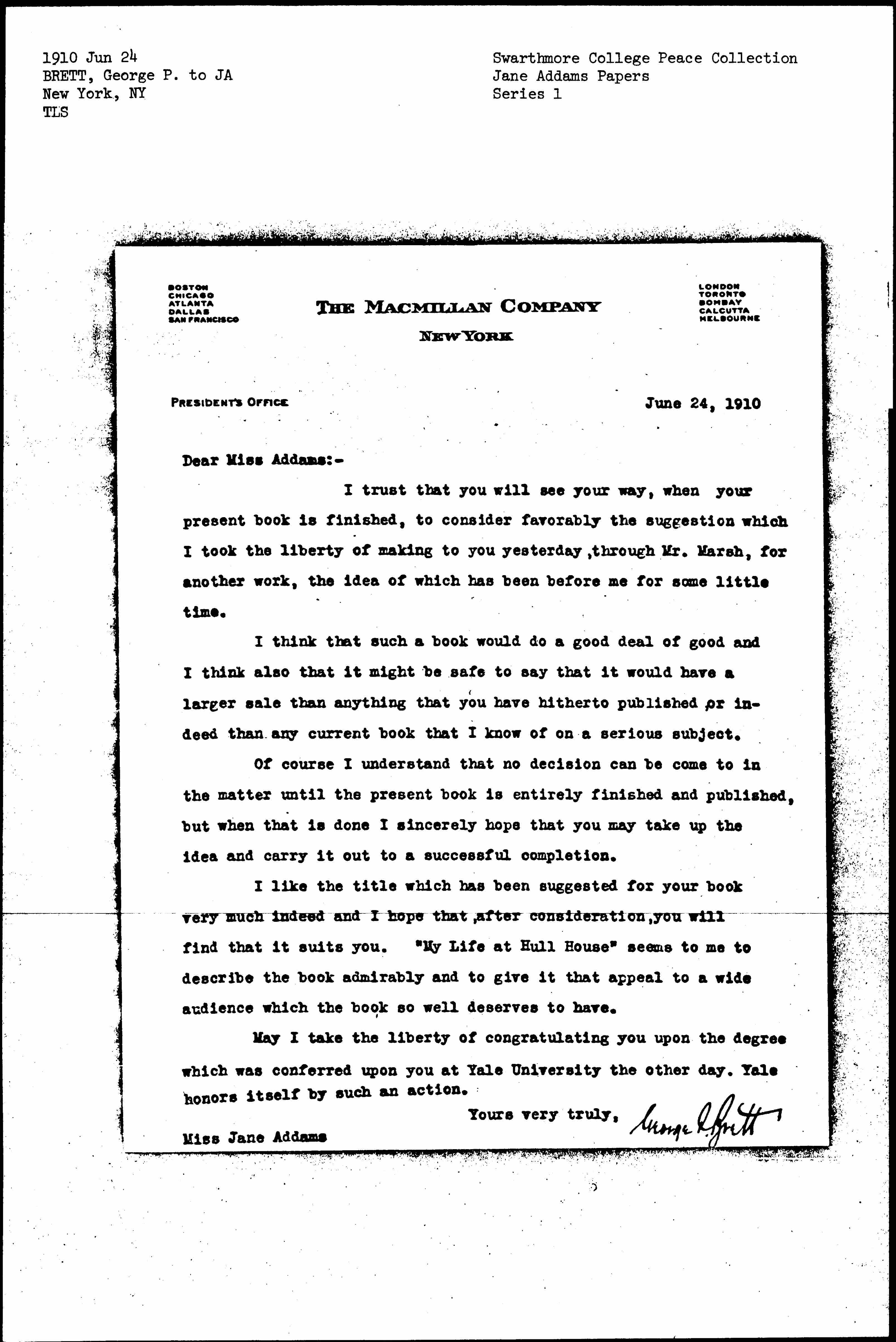 I trust that you will see your way, when your present book is finished, to consider favorably the suggestion which I took the liberty of making to you yesterday, through Mr. Marsh, for another work, the idea of which has been before me for some little time.

I think that such a book would do a good deal of good and I think also that it might be safe to say that it would have a larger sale than anything that you have hitherto published or indeed than any current book that I know of on a serious subject.

Of course I understand that no decision can be come to in the matter until the present book is entirely finished and published, but when that is done I sincerely hope that you may take up the idea and carry it out to a successful completion.

I like the title which has been suggested for your book very much indeed and I hope that, after consideration, you will find that it suits you. "My Life at Hull House"" seems to me to describe the book admirably and to give it that appeal to a wide audience which the book so well deserves to have.

May I take the liberty of congratulating you upon the degree which was conferred upon you at Yale University the other day. Yale honors itself by such an action. 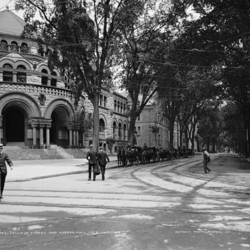 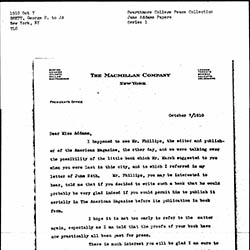 Brett writes to Addams suggesting a book idea about Hull-House.