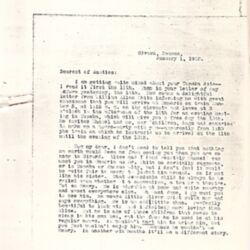 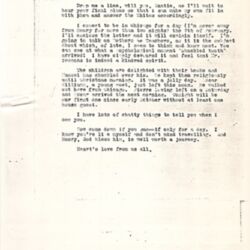 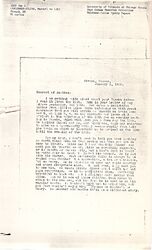 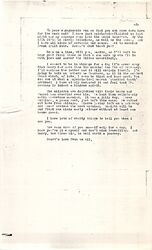 I am getting quite mixed about your Topeka date -- I read it first the 11th. Then in your letter of day before yesterday, the 14th. Now comes a delightful letter from William Allen White informing me with great exactness that you will arrive at Emporia on train Number 5, at 1:15 p.m. on the eleventh and leave at 3 o'clock in the afternoon of the 12th for an evening meeting in Topeka, which will give you a free day the 13th. He invites Manuel and me, our "children, dogs and canaries" to make up a house-party with you -- apparently from 1:50 (the train on which he instructs us to arrive) on the 11th until the evening of the 13th.

Now my dear, I don't need to tell you that nothing on earth would keep me from seeing you when you are so near to Girard. Alice and I (and possibly Manuel) can meet you in Emporia as Mr. White so cordially suggests, or in Topeka or Kansas City, but I don't feel it would be quite fair to Henry to junket him around. He is not like his sister. That dependable child is always to be relied upon whether at a convention, a tea or a [theater]. Not so Henry.  He is adorable at home and quite naughty and upset everywhere else. Oh Aunt Jane, I do want you to see him. He wears little Oliver Twist suits now and says everything. He is an odd little chap. Perfectly beautiful to look at! And infinitely more loving than Alice. But he is one of those children that needs to sleep in his own bed, eat the food he is used to at his regular hours. It wouldn't hurt him to bring him, but you just wouldn't enjoy him. Because he wouldn't be Henry. In another six months it'll be a different story. [page 2]

Do your engagements run so that you can come down here for the week end? I have just butchered -- finished up last night and my sausage goes into the smoke tomorrow. By the 13th it'll be simply delicious, as well as the bacon. And I have all kinds of scrapple and souse. Not to mention fresh fruit cake. Doesn't that tempt you?

Drop me a line, Auntie, as I'll wait to hear your final plans so that I can make my own fit in with them and answer the Whites accordingly.

I expect to be in Chicago for a day (I'm never away from Henry for more than two nights) the 7th of February. I'll enclose the letter and it will explain itself. I'm going to talk on Mothers as Teachers, as it is the subject about which, of late, I seem to think and know most. You can see at what a psychological moment "Shackled Youth" arrived! I have simply devoured it and feel that Mr. Yeomans is indeed a kindred spirit.

The children are delighted with their books and Manuel has chuckled over his. We kept them religiously until Christmas morning. It was a jolly day. Oscar Williams, a young poet, just left this noon. He walked out here from Chicago. Pierre Loving left on a Saturday and Oscar arrived the next morning. Tonight will be our first one since early October without at least one house guest.

I have lots of chatty things to tell you when I see you.

Now come down if you can -- if only for a day. I know you're like myself and don't mind [traveling]. And Henry, God bless him, is well worth a journey.

Heart's love from us all, 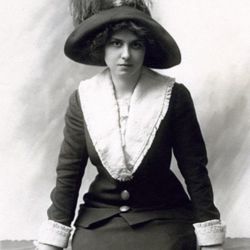 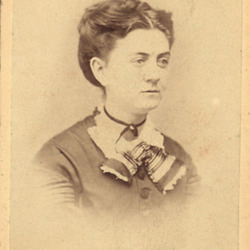 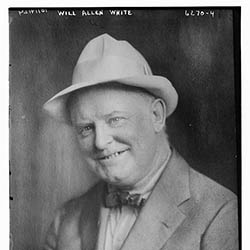 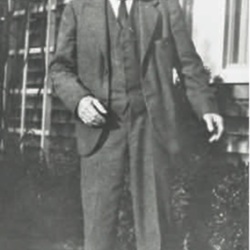 Haldeman-Julius invites Addams to stay with her family and tells of her children and the holidays.