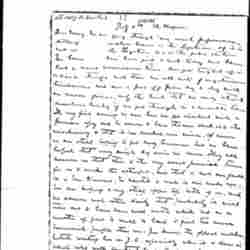 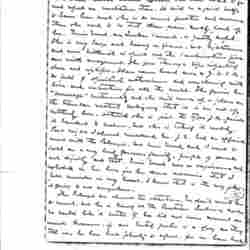 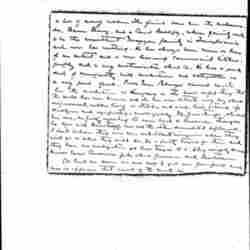 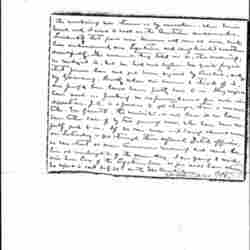 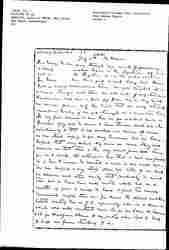 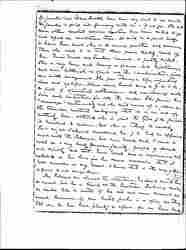 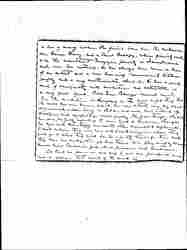 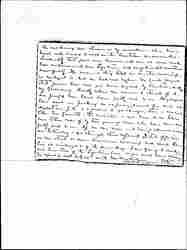 Dear Mary. We are going through our usual performances, sitting endless hours in the Legation. If it is not in the Legation it is in the police station. We have been here just a week today and have had a most wearisome time. One gets tangled up in cobweb things and there are all sorts of mysterious hindrances and one is put off from day to day with no reason given, only the hint that we may think ourselves lucky if we get through in a month's time. They very first evening we were here we got involved with a German spy and he seems to have thrown sand into the machinery & that it has crashed ever since. Of course we are still hoping to get away tomorrow but we have hoped that every single day since we came. They all assure us that this is the very worst possible time for us to make the attempt, and that is not our fault. It is Mr. Hoover's. We wanted to make it six weeks ago. We are keeping a stiff upper lip, both of us, and we assure each other daily that probably it will turn out to have been well worth while and as a matter of fact it would be hard to find two more homesick people than us. You know the effect endless, futile waiting has on J. A. especially when it is done in bleak cold with constant rain. As for me I am so homesick for Hadlyme & have to say poetry when I get to bed to keep me from thinking of it. [page 2]

Dr. Jacobs and Frau Palthe have been very good to us and Dr. Jacobs is going into Germany with us -- if we go. She and some other medical women doctors have been asked to go and report on conditions there. It will be a great help to have her and she is so much [gentler] and warmer than she used to be that I have become really fond of her. Miss Wood, our Quaker comrade, is pretty awful. She is very large and heavy in [excess?], but [lightsome] and even kittenish in spirit and the combination fills one with amazement. She goes through life imparting cheer and uplift. I have never heard even a Y.W.C.A so full of spiritual enthusiasm and overflowing with love and instruction for all the world. She gives her "message" continually and she can't move up a place on the tram car without realizing that it is an act of brotherly love. I think she is just the type J. A. finds it hardest to endure, but she is taking it nobly. Last night I almost murdered her. J. A. had an appointment with the Pelenyis, but Miss Wood and I went to call on a very lovely German family, people of sense and dignity and that Miss Wood was so rigorous and absolute in her love for her dear enemies that I felt murder in my heart. I know that is the way she is going to act everywhere.

The Pelenyis are almost too attentive. We don't mind her so much, but he is living at the Austrian Embassy and we would like it better if he did not come around so much. However, if our hotel porter is a spy as they tell us, he has had plenty to report, for we have had [page 3] a lot of enemy callers. The finest has been the Ambassador, Baron Franz, and a Count [Bánffy], whose family used to be the wealthiest Magyar family in Transylvania and now has nothing. He has always been more or less of an artist and is now learning commercial lithography and is very enthusiastic about it. He has a good deal of sympathy with revolution and altogether is a very good sport. Poor Mme. Pelenyi cannot be. To her the revolution in Hungary is the most awful thing that the world has ever known and she has new details every day about dispossessed nobles living in stables and such. And I think of Hadlyme and sympathize most [ignobly]. The poor things, she and her son, are fully expecting to come back to America, though he left with Bernstorff and all the other discredited diplomats. I don't believe they ever can and I can't imagine where they will go or what they will do. It is pretty tragic for them and they have no realization yet how tragic it is. They simply do not know how America feels about Germans and Austrians.

At last we seem on our way to get our passports and now it appears that most of the sand in [page 4] the machinery was thrown in by [illegible], when Miss Wood and I went to call on the Austrian ambassador. Evidently that fact was known all over at once and has embarrassed our Legation and complicated matters dreadfully. The moment they told us so, this morning, we realized it, but we had not before. We quite forgot that peace has not yet been signed by Austria, only by Germany. Really when one comes to think of it, our people have been pretty nice to us. They might have sent us packing as a punishment for our indiscretion. J. A. is a person to get things, there is no mistake. Mr Garrett, the minister, is not here, so we have been taken care of by two young men who have been awfully good to us. If we can now -- it being almost noon on Saturday -- get through these [illegible] Dutch officers, we can start at seven tomorrow morning and reach Berlin at midnight of the same day. I am going to write via Mrs. Cox of the Legation here so you will have news. We expect to sail July 26th on the New Amsterdam.

American Legation at the Hague 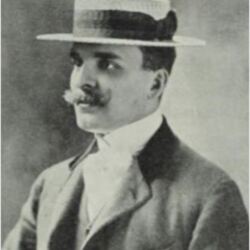 Hamilton tells Smith about her travels with Addams, makes comments on their companions, and their plans to go to Germany.