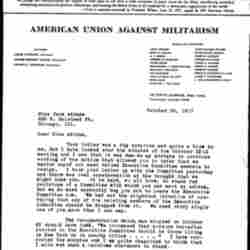 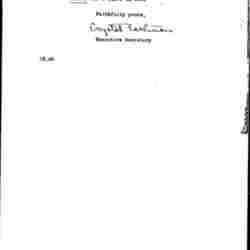 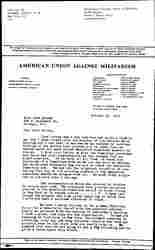 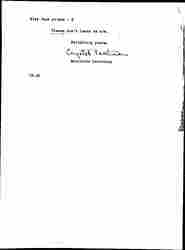 Your letter was a big surprise and quite a blow to me. But I have looked over the minutes of the October 22↑nd↓ meeting and I see that it was due to my mistake in careless wording of the motion that allowed you to infer that we wanted any of our most valued Executive Committee members to resign. I took your letter up with the Committee yesterday and there was real consternation at the thought that we might lose you. It is hard, we all know, to stand for decisions of a Committee with which you can meet so seldom, but we do most earnestly beg you not to leave the Executive Committee now. We had not the slightest intention of conveying that any of the existing members of the Executive Committee should be dropped from it. We need every single one of you more than I can say.

The recommendation which was adopted on October 22 should have read, "We recommend that persons hereafter elected to the Executive Committee should be those living in New York or in nearby cities . . . . ." I have corrected the minutes and I am quite chagrined to think that I allowed such a careless statement to stand.

We have finally decided on the a name, "American Union for a Democratic Peace" with the platform substantially as enclosed with the minutes of yesterday's meeting. I have a great, new hope for the organization. Things are changing so fast here in New York, the Hillquit campaign is revealing every day how many splendid liberals who have apparently been on the other side are really with us. We somehow feel that we are going to get a big following and be quite a force again this winter. [page 2]

Eastman asks Addams to reconsider resigning from the board of the American Union Against Militarism.