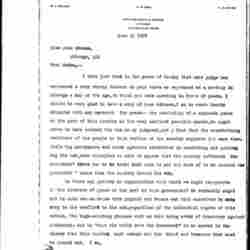 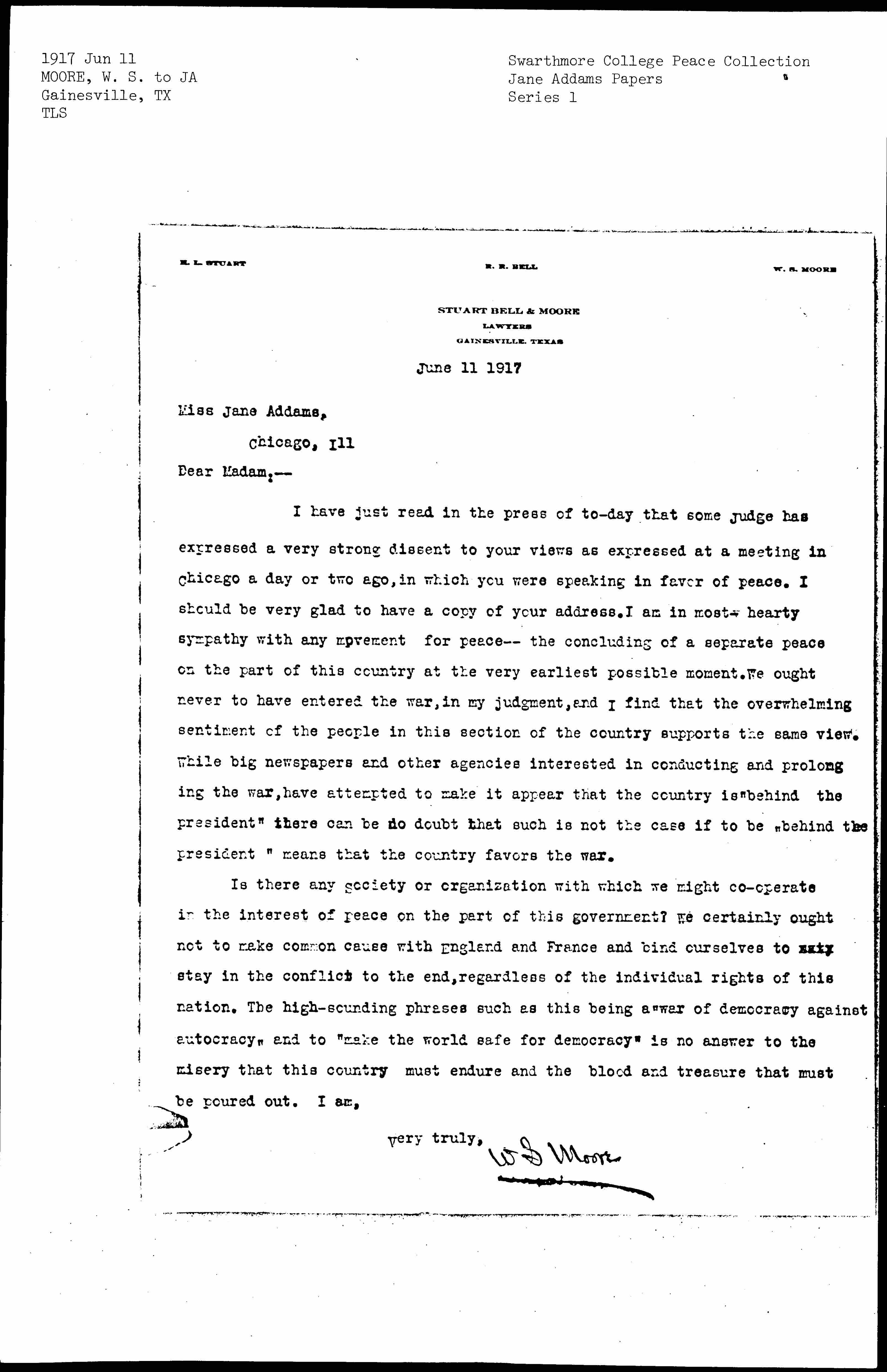 I have just read in the press of [today] that some judge has expressed a very strong dissent to your views as expressed at a meeting in Chicago a day or two ago, in which you were speaking in favor of peace. I should be very glad to have a copy of your address. I am in most hearty sympathy with any movement for peace -- the concluding of a separate peace on the part of this country at the very earliest possible moment. We ought never to have entered the war, in my judgment, and I find that the overwhelming sentiment of the people in this section of the country supports the same view. While big newspapers and other agencies interested in conducting and prolonging the war, have attempted to make it appear that the country is "behind the president" there can be no doubt that such is not the case if to be "behind the president" means that the country favors the war.

Is there any society or organization with which we might [cooperate] in the interest of peace on the part of this government? We certainly ought not to make common cause with England and France and bind ourselves to [illegible] stay in the conflict to the end, regardless of the individual rights of this nation. The high-sounding phrases such as this being a "war of democracy against autocracy" and to "make the world safe for democracy" is no answer to the misery that this country must endure and the blood and treasure that must be poured out. I am, 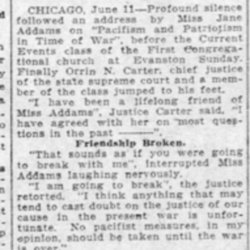 Moore offers Addams his support for her peace activism and asks for information about how to promote peace.