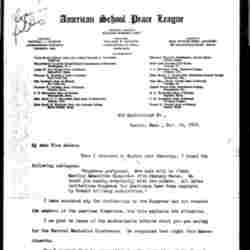 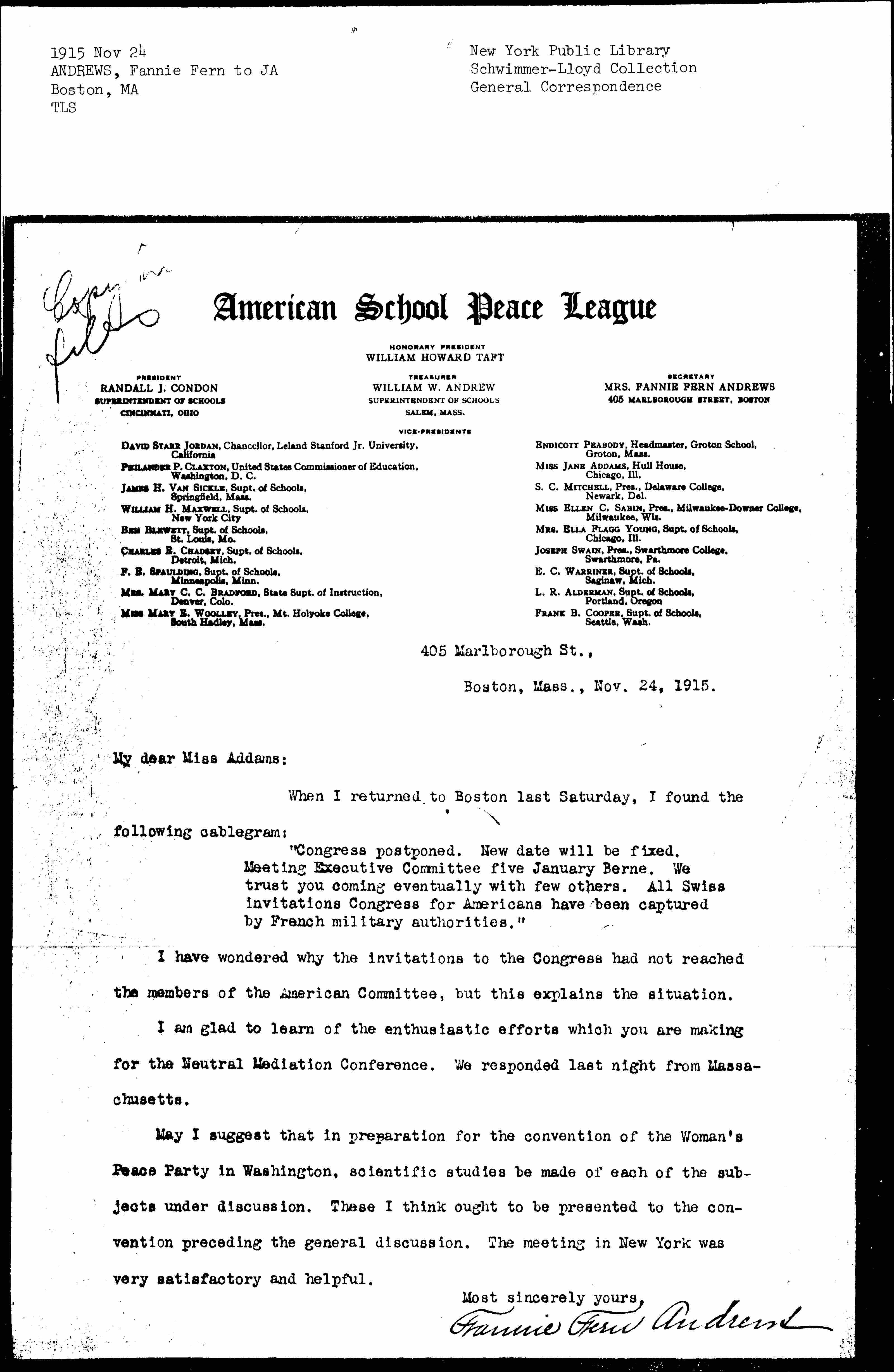 When I returned to Boston last Saturday, I found the following cablegram:

"Congress postponed. New date will be fixed. Meeting Executive Committee five January Berne. We trust you coming eventually with few others. All Swiss invitations Congress for Americans have been captured by French military authorities."

I have wondered why the invitations to the Congress had not reached the members of the American Committee, but this explains the situation.

I am glad to learn of the enthusiastic efforts which you are making for the Neutral Mediation Conference. We responded last night from Massachusetts.

May I suggest that in preparation for the convention of the Woman's Peace Party in Washington, scientific studies be made of each of the subjects under discussion. These I think ought to be presented to the convention preceding the general discussion. The meeting in New York was very satisfactory and helpful.

Andrews informs Addams that the Congress was postponed and all American invitations had been captured by French authorities. She also praises Addams' efforts for a Neutral Conference.