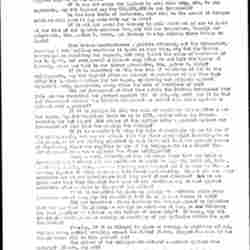 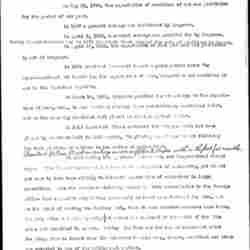 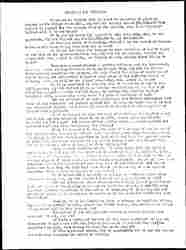 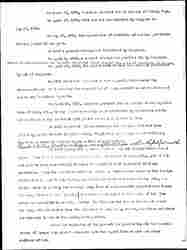 If we are to believe that it would be unneutral to place an embargo on the things which kill, why did our country demand $15,500,000 from England in payment for the damages done by the Alabama, etc. when "neutral" England sold it to the South?

If it was not wrong for England to sell this ship, etc. to our opponents, why did England pay the $15,500,000 to our Government?

On the same basis of reckoning, what will be the amount of damages which we will have to pay when this war is over?

If it was not wrong for Germany to sell munitions of war to Spain at the time of our Spanish-American War, why did our Government, through our Ambassador, Hon. Andrew D. White, ask Germany to stop selling these things to Spain?

When German manufacturers -- private citizens, not the Government, remember -- were selling munitions to Spain at that time, why did the German Government on receiving our request, not only forbid the sales of munitions of war to Spain, but even recall a Spanish ship after it had left the harbor of Hamburg, as we are told by our former Ambassador, Hon. Andrew D. White?

If it is illegal to stop the sale of munitions of war after a war has begun, why did President Grant do so in 1871, months after the Franco-Prussian War had begun? Did either of the parties enter a protest against our Government at that time for placing the embargo?

Every honest, intelligent man and woman knows that the British Government manufactures all the munitions it needs in England, Scotland, India, Australia, Canada, etc., and has recently commandeered all factories in its own country capable of being converted into munition-factories. Do not all the other countries now at war manufacture what they need of war material? Are we not quite sure that they do; also that some of our munitions may be used against ourselves after a while by Japan and her allies?

If it is unneutral to place an embargo on munitions while other countries are at war, why did President Taft do so against Mexico in 1912?

Finally, if it is illegal to place an embargo on munitions of war, why has every neutral country, except the United States, stopped the sale of the things which kill in this present war?

Has either of the belligerents entered a protest against this embargo? If not, why not?

Is there a different law for all the other neutrals? Or has our Government an agreement with the British Government to furnish them all the supplies they want, thus making it wrong for us to stop it?

If this agreement exists, who is responsible for it and why are we not told what concerns our nation so vitally. [page 2]

On March 26, 1794, Congress provided for an embargo of thirty days.

On May 22, 1794, the exportation of munitions of war was prohibited for the period of one year.

In 1807 a general embargo was instituted by Congress.

On April 6, 1812, a general embargo was provided for by Congress.

During Franco-Prussian War in 1871 President Grant stopped the sale of munitions to France.

On April 22, 1898, the exportation of coal and arms was prohibited by act of Congress.

In 1905 President Roosevelt issued a proclamation under the above-mentioned act forbidding the exportation of arms, ammunition and munitions of war to the Dominican Republic.

On March 14, 1912, Congress provided for an embargo on the exportation of arms, etc., to any American country where revolutionary conditions exist; and on the same day President Taft placed an embargo against Mexico.

In 1913 President Wilson continued the embargo which had been placed by President Taft in 1912 saying, "In placing an embargo we are following the best practice of nations in the matter of neutrality".

<President Wilson placed an embargo on war supplies to Mexico within the past few months.>

In 1898 during the Spanish-American War, our Congressional record says: "The German Government had issued no declaration of neutrality, yet it did not seem to have been willing to tolerate exportation of contraband in large quantities." When the American minister, Andrew D. White communicated to the foreign office that a Spanish ship having presumably on board arms destined for Cuba, was on the point of leaving the Hamburg port, then at once coercive measures were taken. The ship which had already weighed anchor was captured at the mouth of the Elbe River and submitted to search. During the Boer War the German Government asked the Krupp firm to desist from its intention to ship arms, cannon, munitions and other war material to one of the belligerent parties.

Since the beginning of the present war practically all the neutral states of Europe have placed embargoes upon the exportation of arms and other munitions of war. 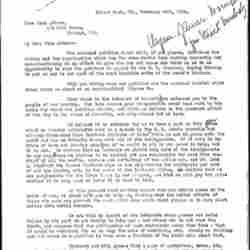 The document outlines the Organization of American Women for Strict Neutrality's rationale for calling for an arms embargo, citing historical examples.