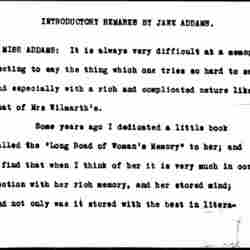 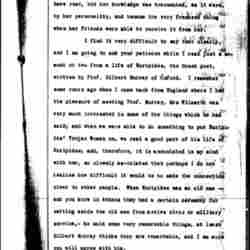 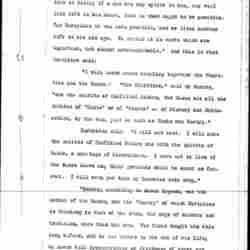 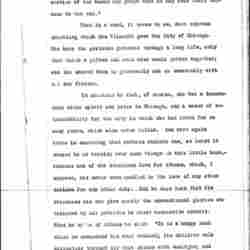 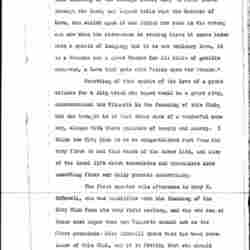 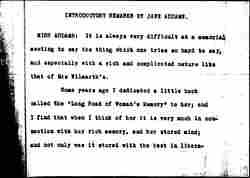 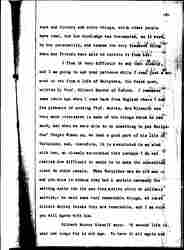 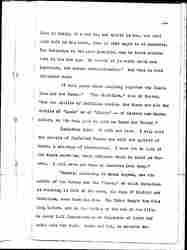 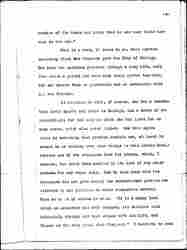 MISS ADDAMS: It is always very difficult at a memorial setting to say the thing which one tries so hard to say, and especially with a rich and complicated nature like that of Mrs Wilmarth's.

Some years ago I dedicated a little book called "The Long Road of Woman's Memory" to her; and I find that when I think of her it is very much in connection with her rich memory, and her stored mind; and not only was it stored with the best in literature [page 2] and history and other things, which other people have read, but her knowledge was transmuted, as it were, by her personality, and became the very freshest thing when her friends were able to receive it from her.

I find it very difficult to say that clearly, and I am going to ask your patience while I read just a moment or two from a life of Euripides, the Greek poet, written by Prof. Gilbert Murray of Oxford. I remember some years ago when I came back from England where I had the pleasure of meeting Prof. Murray, Mrs Wilmarth was very much interested in some of the things which he had said; and when we were able to do something to put Euripides' Trojan Women on, we read a good part of his life of Euripides; and, therefore, it is associated in my mind with her, so closely associated that perhaps I do not realize how difficult it would be to make the connection clear to other people. When Euripides was an old man -- and you know in Athens they had a certain ceremony for setting aside the old men from active civic or military service, -- he said some very remarkable things, at least Gilbert Murray thinks they are remarkable, and I am sure you will agree with him.

Gilbert Murray himself says: "A second life is what one longs for in old age. To have it all again and [page 3] live it fully; if a man has any spirit in him, any real life left in his heart, that is what ought to be possible. For Euripides it was made possible, and he lived another life in his old age. He stated it in words which are important, but almost untranslatable." And this is what Euripides said:

"I will never cease mingling together the Charities and the Muses." "The Charities," said Mr Murray, "are the spirits of fulfilled desire, the Muses are all the spirits of 'Music' or of 'Wisdom' -- of History and Mathematics, by the way, just as much as Music and Poetry."

Euripides said: "I will not rest. I will make the spirits of Fulfilled Desire one with the spirits of Music, a marriage of blessedness. I care not to live if the Muses leave me; their garlands shall be about me forever. I will even yet turn my Memories into song."

"Memory, according to Greek legend, was the mother of the Muses; and the 'Memory' of which Euripides is thinking is that of the race, the saga of history and tradition, more than his own. The Muses taught him this long before, and he was theirs to the end of his life; he never fell from weariness or faintness of heart nor asked them for rest. Cares and all, he accepts the [page 4] service of the Muses and prays that he may bear their harness to the end."

That in a word, it seems to me, does express something which Mrs Wilmarth gave the City of Chicago. She bore the garlands garnered through a long life, only that which a gifted and avid mind could gather together; and she shared them so generously and so constantly with all her friends.

In addition to that, of course, she had a tremendous civic spirit and pride in Chicago, and a sense of responsibility for the city in which she had lived for so many years, which also never failed. And here again there is something that perhaps reminds one, at least it seemed to me reading over some things in this little book, -- reminds one of the Athenians love for Athens, which, I suppose, has never been [equaled] by the love of any other citizen for any other city. And he says here that the Athenians did not give merely the conventional glories attributed to all patriots to their respective country. When he spoke of Athens he said: "It is a happy land which no conqueror has ever subdued; its children walk delicately through air that shines with sunlight; and Wisdom is the very bread they eat." I hesitate to read [page 5] this thinking of the Chicago River, but, "A river flows through the land; and legend tells that the Goddess of Love, has sailed upon it and dipped her hand in the water; and now when the river-wind at evening blows it comes laden with a spirit of longing; but it is not ordinary love, it is a Passion and a great Desire for all kinds of godlike endeavor, a Love that sits with Wisdom upon her throne."

Something of that spirit of the love of a great citizen for a city, which she hoped would be a great city, characterized Mrs Wilmarth in the founding of this Club; and she brought to it that other side of a wonderful memory, always with those garlands of beauty and poetry. I think the City Club is to be congratulated that from the very first it had this touch of the outer life, and also of the ideal life which translates and transmutes into something finer our daily prosaic undertaking.

The first speaker this afternoon is Mary E. McDowell, who was identified with the founding of the City Club from its very first meeting, and who was one of those most eager that Mrs Wilmarth should act as its first president. Miss McDowell since then has been president of this Club, and it is fitting that she should speak of Mrs Wilmarth in her capacity as founder of the Woman's City Club.