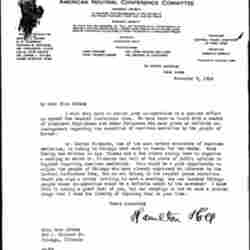 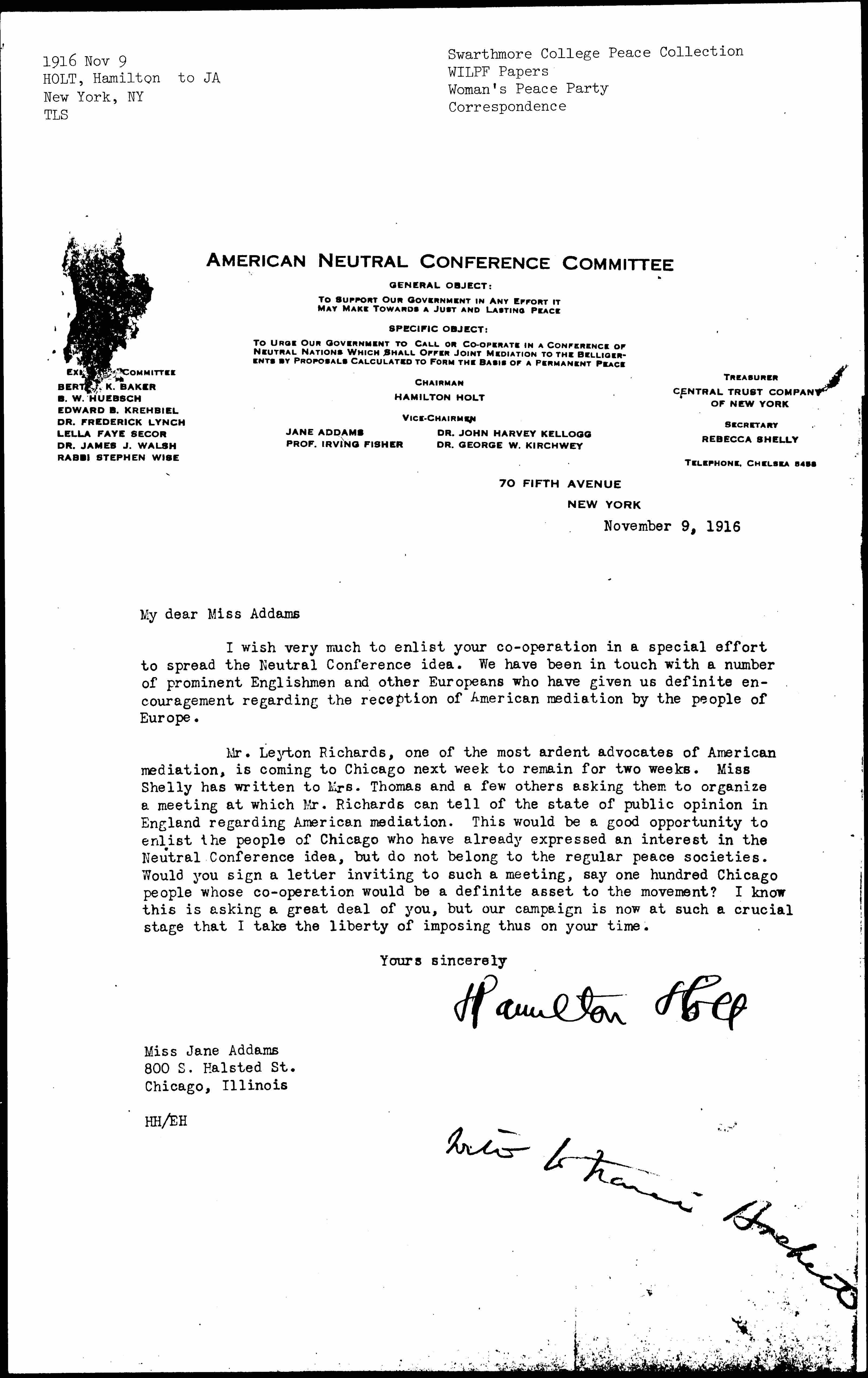 I wish very much to enlist your [cooperation] in a special effort to spread the Neutral Conference idea. We have been in touch with a number of prominent Englishmen and other Europeans who have given us definite encouragement regarding the reception of American mediation by the people of Europe.

Mr. Leyton Richards, one of the most ardent advocates of American mediation, is coming to Chicago next week to remain for two weeks. Miss Shelly has written to Mrs. Thomas and a few others asking them to organize a meeting at which Mr. Richards can tell of the state of public opinion in England regarding American mediation. This would be a good opportunity to enlist the people of Chicago who have already expressed an interest in the Neutral Conference idea, but do not belong to the regular peace societies. Would you sign a letter inviting to such a meeting, say one hundred Chicago people whose [cooperation] would be a definite asset to the movement? I know this is asking a great deal of you, but our campaign is now at such a crucial stage that I take the liberty of imposing thus on your time. 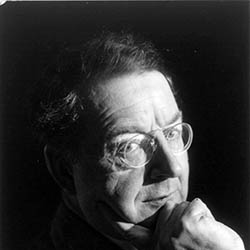 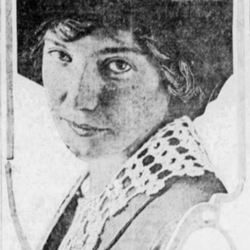 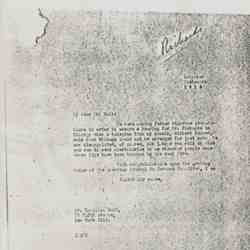 Holt asks that Addams help organize a meeting in Chicago of people who would be an asset to the Neutral Conference.