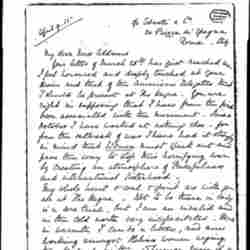 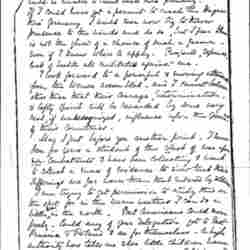 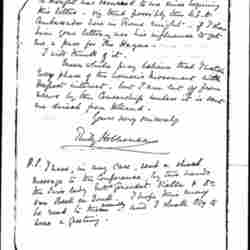 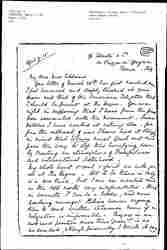 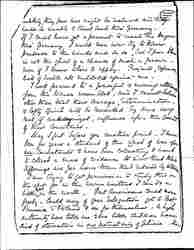 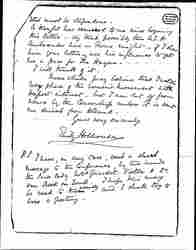 Your letter of March 25th has just reached me. I feel [honored] and deeply touched at your desire and that of the American Delegates that I should be present at The Hague. You are right in supposing that I have from the first been associated with the movement. Since October I have worked at nothing else, for from the outbreak of war I have had it strongly in mind that Women must speak out and pave the way to stop this horrifying war by creating an atmosphere of Peacefulness and international sisterhood.

My whole heart & soul & spirit are with you all at The Hague. Not to be there in body is a sore trial, but I am an invalid and in the cold north very incapacitated. Here in warmth I can do a little, and am working amongst Italian women urging them to send written adherence even if a delegation is impossible. They are in an awkward position since their [government] is so undecided, & though personally I think it very [page 2] unlikely, they fear war might be declared and they would be unable to travel back [through] Germany.

If I could have got a permit to reach The Hague [through] Germany, I would even now try to throw prudence to the winds and do so, but I fear there is not the ghost of a chance of such a [favor]. Even if I knew where to apply. Passports, expense, lack of health all militate against me.

I look forward to a powerful & [moving] utterance from the women assembled, and I cannot believe other than that their courage, determination, & lofty spirit will be rewarded by some very real, if unrecognized, influence upon the government of their countries.

May I put before you another point. I have been for years a student of the effect of war upon non-combatants & have been collecting & want to collect a mass of evidence to show that their sufferings are far worse than that endured by soldiers.

I am trying to get permission to study this on the spot for in the warm weather I can do a little <even> in the north. But Americans could move freely. Could any of your Delegation get to East Prussia & Poland & see for themselves. A high authority here tells me 2600 little children have died of starvation in one district only of Galicia. The [page 3] total must be stupendous.

A thought has occurred to me since beginning this letter -- viz that possibly the U.S.A. Ambassador here in Rome might, if I show him your letter, use his influence to get me a pass for The Hague.

I will think of it.

Meanwhile pray believe that I watch every phase of the Women's Movement with deepest interest, but I am cut off from news by the Censorship unless it is sent me direct from Holland.

P.S. I have, in any case, sent a short message to the Conference, by two hands the Swiss lady Mme Girardet-Vielle and Dr Van Beek en Donk. I hope this may be read to the <assemby> and I shall try to wire a greeting.

Hobhouse apologizes to Addams for not being able to attend the International Congress of Women at The Hague, but she will continue to advocate for peace in Italy.