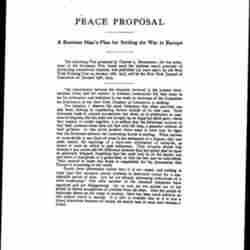 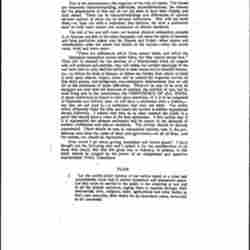 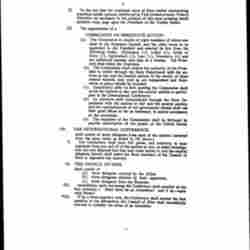 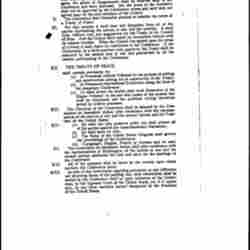 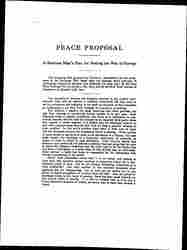 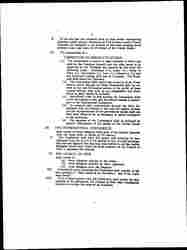 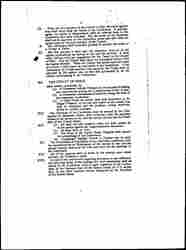 A Business Man's Plan for Settling the War in Europe

The following Plan proposed by Charles L. Bernheimer, for the settlement of the European War, based upon the business man's principle of arbitrating commercial disputes, was published (in main part) by the New York Evening Post on January 12th, 1915, and by the New York Journal of Commerce on January 13th, 1915.

The resemblance between the elements involved in the present international crisis, and the matters in ordinary commercial life that come to me for arbitration and mediation in my work as chairman of the Committee on Arbitration at the New York Chamber of Commerce, is striking.

For instance, I observe the usual bitterness that often prevents one side from viewing or considering factors outside of its own case. Such bitterness leads to counter accusations; but when, as in arbitration in commercial disputes, the two sides are brought by an impartial third party whom they respect, to confer together, it is seldom that the bitterness remains or that their common-sense does not find with his help, a peaceful solution of their problem. In this world problem there seem to even now be signs that the bitterness between the contending forces is abating. When nations or races decide to use force of arms in the settlement of a dispute, they cast aside reason, the teachings of a hard-won civilization of centuries, as means or tools by which to seek settlement. They virtually decide that because a boy cannot tell the difference between blue and green that he must be physically whipped, forgetting that the color may be on the border line and hence a blue-green or a green-blue, or that the boy may be color-blind. Their method to make him know is responsible for the phenomena that Europe is presenting to the world.

Surely these phenomena cannot last; it is not reason, and nothing is truer than that unreason cannot continue to determine events for a considerable period of time. Are we not already witnessing indications of a mind awakening? One after another of the standard symptoms have appeared and are disappearing. Let us note we are almost out of the period of liberal accusations of cruelties from all sides. Also the period of espionage seems on the verge of passing; there has been much hysteria on this subject which is waning. It is well to consider that as it is true a friend sometimes becomes an enemy, an enemy may at some time become a friend. [page 2]

War is the phenomenon -- the negation of the rule of reason. The causes are frequently misunderstanding, selfishness, inconsiderateness; the reasons for the perpetration of this war do not yet seem to have been frankly and fully stated. There can be misunderstandings and differences of opinion between nations as there can be between individuals. War will not settle them, -- at least not with a settlement that endures, for such a settlement must be built upon reason and acceptance of ethical standards.

The end of the war will come, not because physical exhaustion compels it, or because one side or the other succumbs; but when the spirit of bravado and false patriotism makes way for Reason and Order; when reason and consideration enter the minds and hearts of the nation, -- when the moral voice, tired and worn says --

"There are differences which force cannot settle, and which the disputants themselves cannot settle fairly, for they cannot escape bias:" Then will be demand for the services of a disinterested third, an umpire who will arbitrate and mediate, who will unless the terrible teachings of the war have been in vain, lead the nations to seek reason and to consider humanity, -- to follow the Rule of Reason, to follow the Golden Rule which in itself is built upon clearest reason; there will be needed the impartial service of that third person, non-belligerent, non-combatant, disinterested, that we call for in the settlement of lesser difficulties. Whoever he may be he must be equipped not only with the keenness of intellect, the subtlety of tact, but he must bring also to the controversy, the CONFIDENCE OF ALL SIDES. A peace conference is bound to take place sometime; if it is to be composed of diplomats and military men, we will have a settlement after a fashion, -- one that we are used to, -- a settlement that does not settle. The public which ultimately foots the bills and bears the burden is seldom represented except indirectly. I submit that here as in other matters the public is a party that should have a voice in the final settlement. I feel certain that if it is represented the ultimate settlement will be nearer to the demands of modern civilization and ethical standards. The civilian should be directly represented. There should be men in commercial activity, men in the professions, men from the ranks of labor and agriculture, -- or all of them; and the women, too, should be represented.

How would I go about getting immediate and future peace? I have thought out the following plan and I submit it for the consideration of all those who deeply feel that this great loss to industry, to science, to life itself, should be stopped by the power of an enlightened and assertive International Public Conscience.

I. Let the united public opinion of our nation speak in a clear and unmistakable voice that it desires immediate and permanent peace. Let that voice be carried to the public in the countries at war and to all the neutral countries, urging them to express through their commercial, civic, religious, labor, agricultural and other bodies in their own countries, their desire for an immediate peace, honorable to all concerned: [page 3]

II. To the end that the combined voice of these bodies representing American public opinion, reinforced as THE INTERNATIONAL PUBLIC OPINION -- so necessary in the solution of this most pressing world problem -- may urge upon the President of the United States:

III. The appointment of a

(a) The Commission to consist of eight members of whom one shall be the President himself, and the other seven to be appointed by the President and selected by him from the following ranks: Diplomacy (I), Labor (I), Army or Navy (I), Agriculture (I), Law (I), Commerce (I) and one additional member who may be a woman. The President shall select the Chairman.

(b) The Commission shall receive the authority of the President to confer through the State Department with the nations at war and the neutral nations of the world; of these neutral nations, only such as are independent and themselves at peace should be included.

(c) Immediately after its first meeting the Commission shall invite the nations at war and the neutral nations to participate in the International Conference:

(d) Its members shall communicate through the State Department with the nations at war and the neutral nations, and the representatives of our government abroad shall use their good offices so far as necessary, to secure acceptance of the invitation:

(e) The expenses of the Commission shall be defrayed by popular subscription of the people of the United States.

shall consist of seven delegates from each of the nations (selected from the same ranks as stated in III above.)

V. The Conference shall have full power and authority to hear argument from any and all of the nations at war, to make investigation into any disputed fact that may come before it, and the neutral delegates therein shall select the three members of the Council of Nine to represent the neutrals.

VI. THE COUNCIL OF NINE

(a) three delegates selected by the Allies,

(b) three delegates selected by their opponents,

(c) three delegates from the Neutrals:

VII. Immediately upon convening the Conference shall consider as the first question: -- Shall there be an Armistice? and if so, -- upon what terms?

VIII. If by a three-quarters vote, the Conference shall answer the first question in the affirmative, the Council of Nine shall immediately convene to consider the terms of an Armistice. [page 4]

X. The Conference shall thereafter proceed to consider the terms of Treaty of Peace:

XII. THE TREATY OF PEACE

shall contain provisions for

(a) A Permanent Judicial Tribunal for the purpose of settling any controversies arising out of construction of the Treaty:

(b) A Permanent International Conference along the lines of the temporary Conference:

(c) To what extent the parties shall avail themselves of the Hague Tribunal: to the end that causes of the present war shall be eliminated and the problems arising therefrom solved by orderly processes.

XIII. The Chairman of the Conference shall be selected by the Commission on Immediate Action, after conference with the representatives of the nations at war and the neutral nations and the President of the United States.

XIV. (a) He shall not only preserve order, but shall protect all of the parties against any unparliamentary discussion;

(c) The Rules of the United States Congress shall govern the proceedings of the Conference;

(d) (Language) English, French or German may be used.

XV. The Commission on Immediate Action shall after conference with the representatives at Washington, of the nations at war and the neutral nations, determine the time and place for the meetings of the Conference.

XVI. All of the expenses shall be borne by the country upon whose territory the Conference meets.

XVII. In case of any controversy regarding procedure, or any difference not involving issues of the pending war, such controversy shall be settled by the Conference itself or upon resolution of the Conference, by the Supreme Court of the United States (or if it cannot act), by any three members thereof designated by the President of the United States. 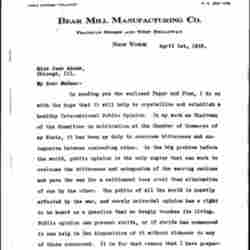 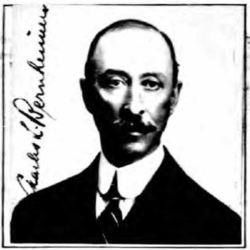 Bernheimer's peace plan focuses on the United States taking the lead in peace talks between the Allied nations and their opponents as the highest standing neutral nation.