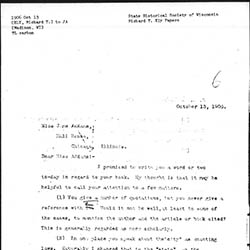 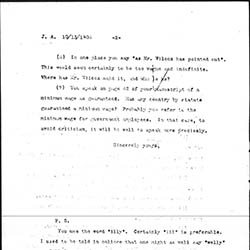 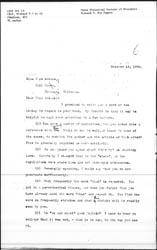 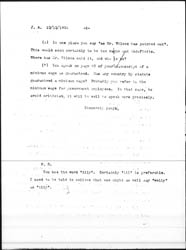 I promised to write you a word or two [today] in regard to your book. My thought is that it may be helpful to call your attention to a few matters.

(1) You give a number of quotations, but you never give a reference with it <them>. Would it not be well, at least in some of the cases, to mention the author and the article or book cited? This is generally regarded as more scholarly.

(2) In one place you speak about the "city" as enacting laws.  Naturally I changed that to the "state", as the regulations were state laws and not municipal ordinances.

(3) Generally speaking, I would say that you do not punctuate sufficiently.

(6) In one place you say "as Mr. Wilcox has pointed out". This would seem certainly to be too vague and indefinite. Where has Mr. Wilcox said it, and who is he?

(7) You speak on page 82 of your manuscript of a minimum wage as guaranteed. Has any country by statute guaranteed a minimum wage? Probably you refer to the minimum wage for government employees. In that case, to avoid criticism, it will be well to speak more precisely.

You use the word "illy". Certainly "ill" is preferable. I used to be told in college that one might as well say "welly" as "illy". 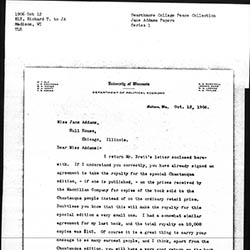 Ely gives a detailed account of his finds while proofreading Addams' The Newer Ideals of Peace.