Statement on Charges Against Hull-House, November 11, 1903 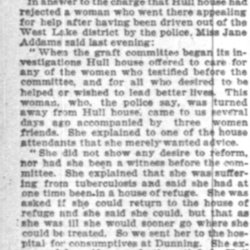 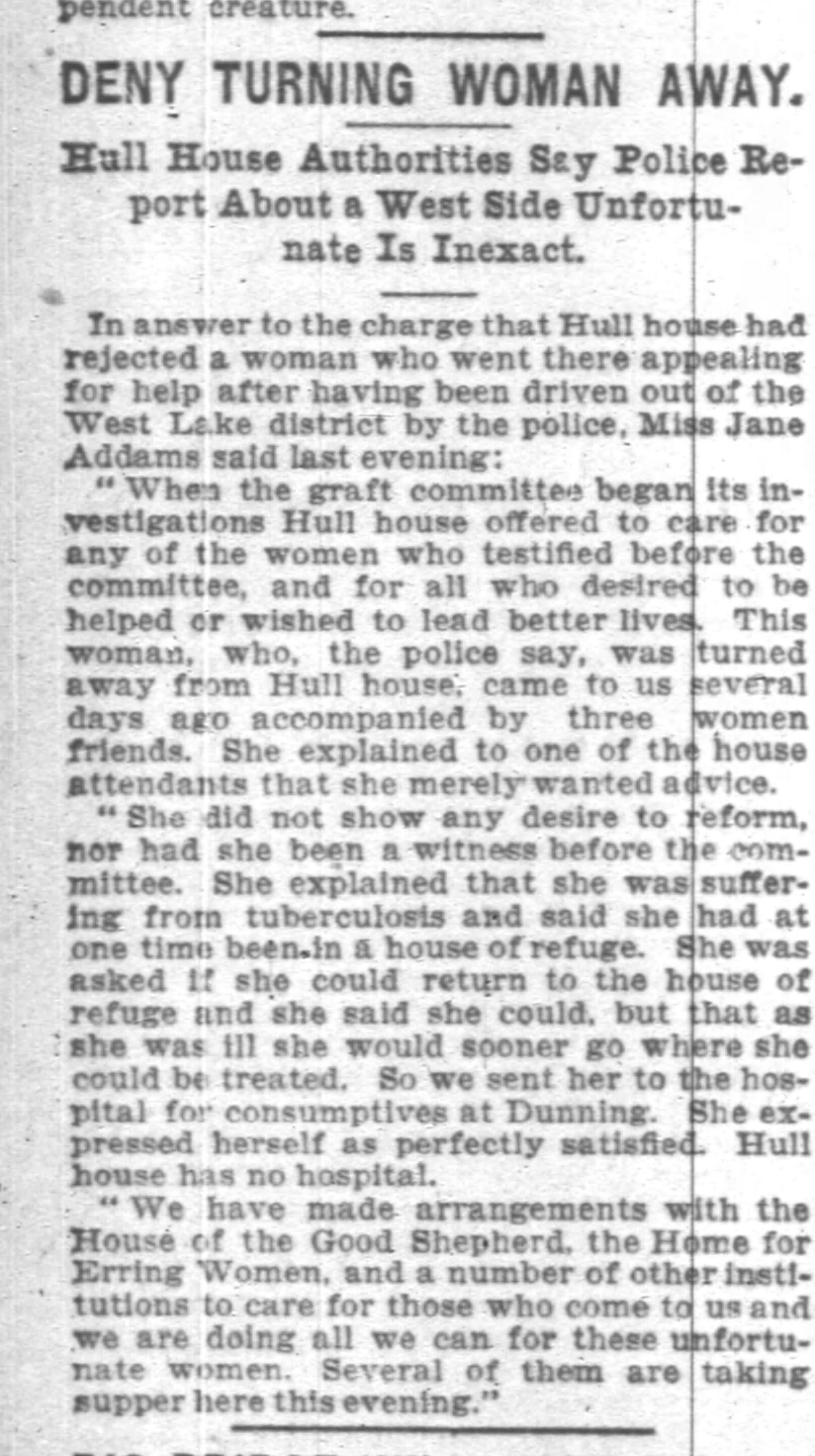 Hull House Authorities Say Police Report About a West Side Unfortunate Is Inexact.

In answer to the charge that Hull house had rejected a woman who went there appealing for help after having been driven out of the West Lake district by the police, Miss Jane Addams said last evening:

"When the graft committee began its investigations Hull house offered to care for any of the women who testified before the committee, and for all who desired to be helped or wished to lead better lives. This woman, who, the police say, was turned away from Hull house, came to us several days ago accompanied by three women friends. She explained to one of the house attendants that she merely wanted advice.

"She did not show any desire to reform, nor had she been a witness before the committee. She explained that she was suffering from tuberculosis and said she had at one time been in a house of refuge. She was asked if she could return to the house of refuge and she said she could, but that as she was ill she would sooner go where she could be treated. So we sent her to the hospital for consumptives at Dunning. She expressed herself as perfectly satisfied. Hull house has no hospital.

We have made arrangements with the House of the Good Shepherd, the Home for Erring Women, and a number of other institutions to care for those who come to us and we are doing all we can for these unfortunate women. Several of them are taking supper here this evening."

House of the Good Shepherd

Addams denies an accusation that Hull-House turned away a woman appealing for help.