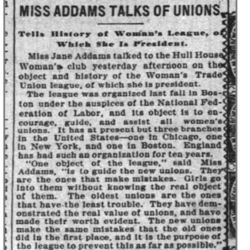 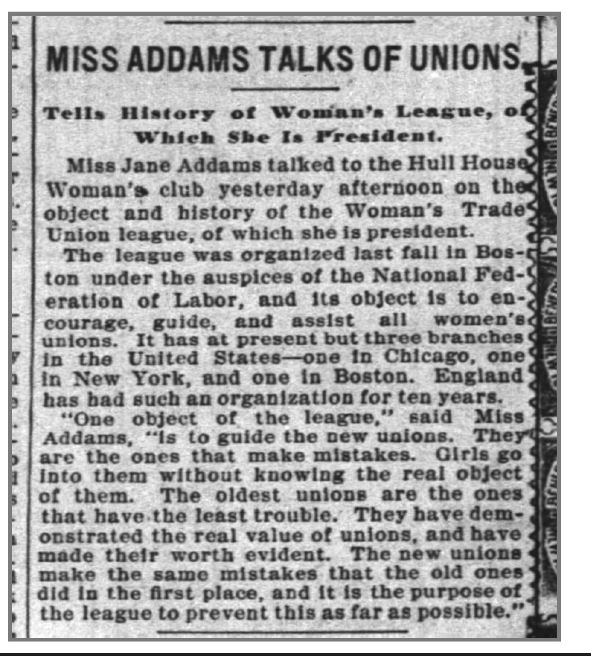 Tells History of Woman's League, of Which She Is President.

Miss Jane Addams talked to the Hull House Woman's club yesterday afternoon on the object and history of the Woman's Trade Union league, of which she is president.

The league was organized last fall in Boston under the auspices of the National Federation of Labor, and its object is to encourage, guide, and assist all women's unions. It has at present but three branches in the United States -- one in Chicago, one in New York, and one in Boston. England has had such an organization for ten years.

"One object of the league," said Miss Addams, "is to guide the new unions. They are the ones that make mistakes. Girls go into them without knowing the real object of them. The oldest unions are the ones that have the least trouble. They have demonstrated the real value of unions, and have made their worth evident. The new unions make the same mistakes that the old ones did in the first place, and it is the purpose of the league to prevent this as far as possible."

A newspaper report that includes an excerpt from Addams' talk to the Hull-House Woman's Club on the object and history of the Women's Trade Union League.