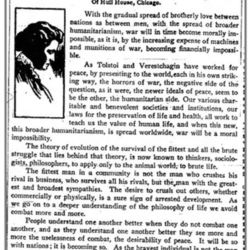 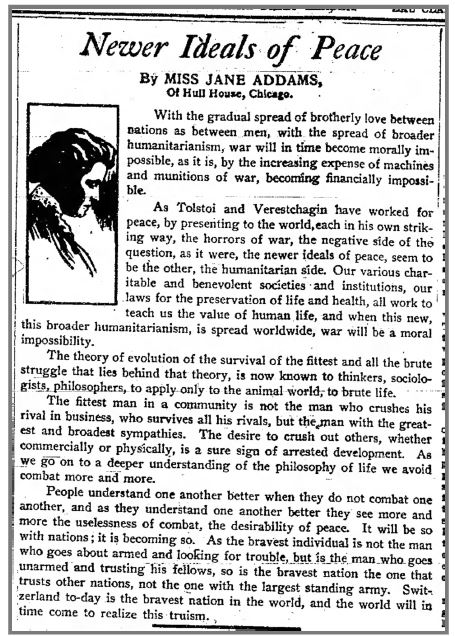 With the gradual spread of brotherly love between nations as between men, with the spread of broader humanitarianism, war will in time become morally impossible, as it is, by the increasing expense of machines and munitions of war, becoming financially impossible.

As [Tolstoy] and Verestchagin have worked for peace, by presenting to the world, each in his own striking way, the horrors of war, the negative side of the question, as it were, the newer ideals of peace, seem to be the other, the humanitarian side. Our various charitable and benevolent societies and institutions, our laws for the preservation of life and health, all work to teach us the value of human life, and when this new, this broader humanitarianism, is spread worldwide, war will be a moral impossibility.

The theory of evolution of the survival of the fittest and all the brute struggle that lies behind that theory, is now known to thinkers, sociologists, philosophers, to apply only to the animal world, to brute life.

The fittest man in a community is not the man who crushes his rival in business, who survives all his rivals, but the man with the greatest and broadest sympathies. The desire to crush out others, whether commercially or physically, is a sure sign of arrested development. As we go on to a deeper understanding of the philosophy of life we avoid combat more and more.

People understand one another better when they do not combat one another, and as they understand one another better they see more and more the uselessness of combat, the desirability of peace. It will be so with nations; it is becoming so. As the bravest individual is not the man who goes about armed and looking for trouble, but is the man who goes unarmed and trusting his fellows, so is the bravest nation the one that trusts other nations, not the one with the largest standing army. Switzerland [today] is the bravest nation in the world, and the world will in time come to realize this truism. 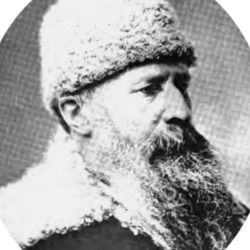 Addams offers arguments for decrease in war and bellicose behavior. The article was printed in multiple newspapers.

This article was published in many newspapers at different dates.