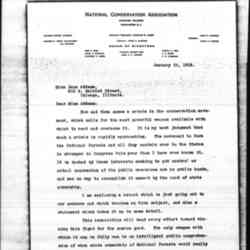 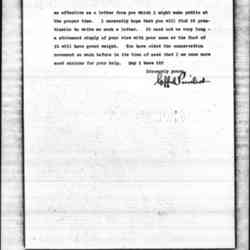 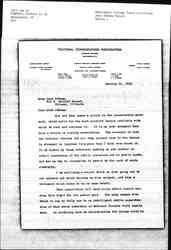 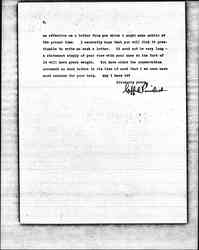 Now and then comes a crisis in the conservation movement, which calls for the most powerful weapon available with which to meet and overcome it. It is my best judgment that such a crisis is rapidly approaching. The movement to turn the National Forests and all they contain over to the States is stronger in Congress this year than I have ever known it. It is backed by those interests seeking to get control or actual possession of the public resources now in public hands, and see no way to accomplish it except by the road of state ownership.

I am enclosing a report which is just going out to our members and which touches on this subject, and also a statement which takes it up in some detail.

This Association will bend every effort toward winning this fight for the common good. The only weapon with which it can be fully won is an intelligent public comprehension of what state ownership of National Forests would really mean. In producing such an understanding few things would be [page 2] so effective as a letter from you which I might make public at the proper time. I earnestly hope that you will find it practicable to write me such a letter. It need not be very long -- a statement simply of your view with your name at the foot of it will have great weight. You have aided the conservation movement so much before in its time of need that I am once more most anxious for your help. May I have it? 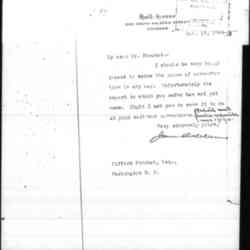 Pinchot asks Addams to support the National Conservation Association's efforts to keep National Forests in the control of the federal government.