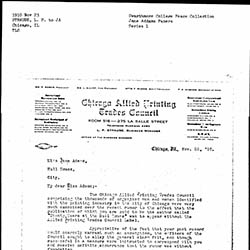 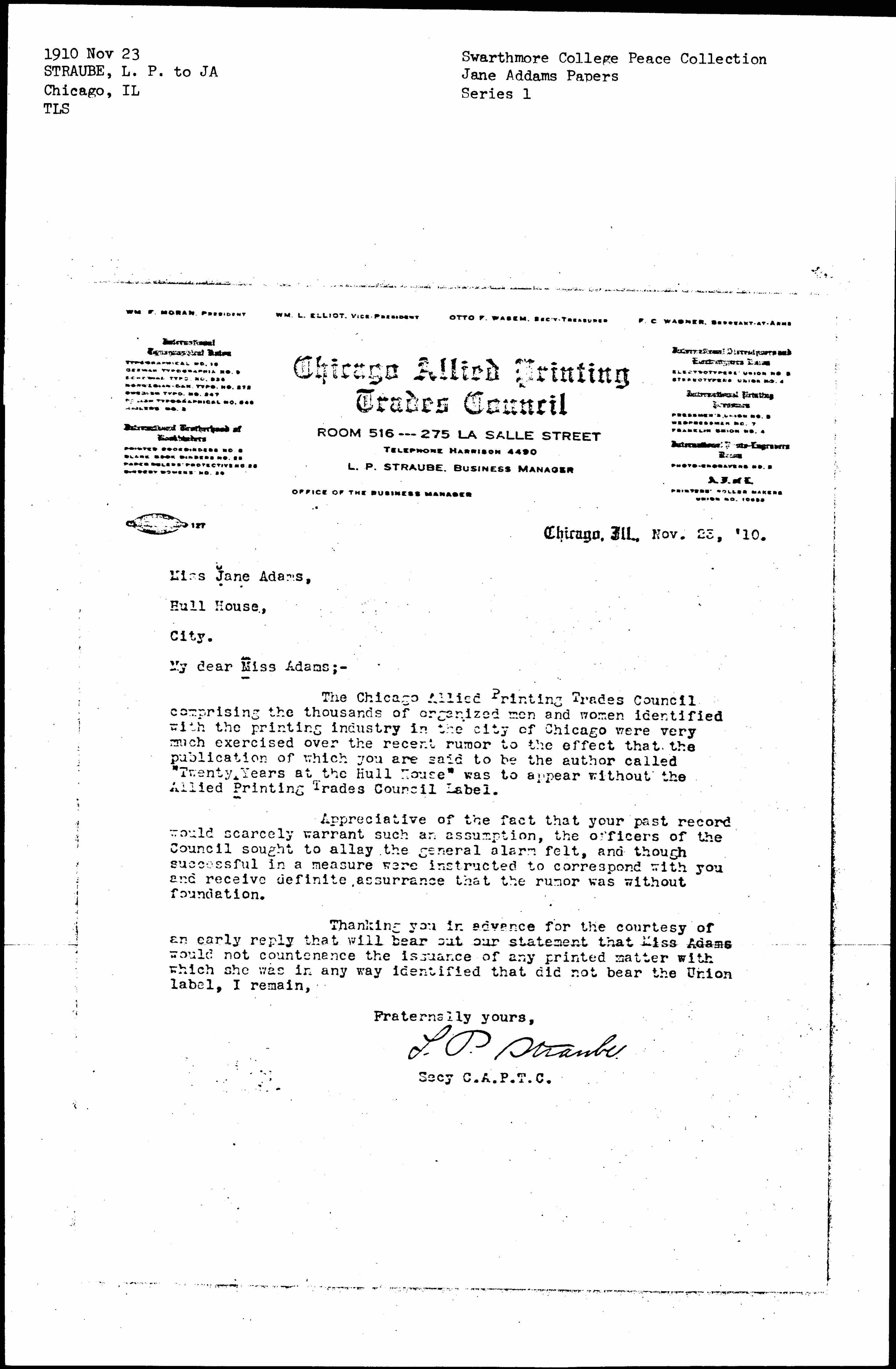 The Chicaco Allied Printing Trades Council comprising the thousands of organized men and women identified with the printing industry in the city of Chicago were very much exercied over the recent rumor to the effect that the publication of which you are said to be the author called "Twenty Years at the Hull House" was to appear without the Allied Printing Trades Council Label.

Appreciative of the fact that your past record would scarely warrent such an assumption, the officers of the Council sought to allay the general alarm felt, and though successful in a measure were instructed to correspond with you and receive definite assurance that the rumor was without foundation.

Thanking you in advance for the courtesy of an early reply that will bear out our statement that Miss [Addams] would not countenance the issurance of any printed matter with which she was in any way identified that did not bear the Union label, I remain

Straube asks Addams for assurance that her book, Twenty Years at the Hull House, will carry the Chicago Allied Printing Trades Council label.