Excerpt from Twenty Years at Hull-House, 1910 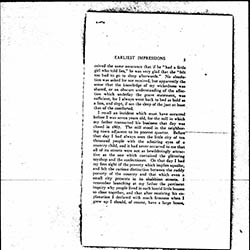 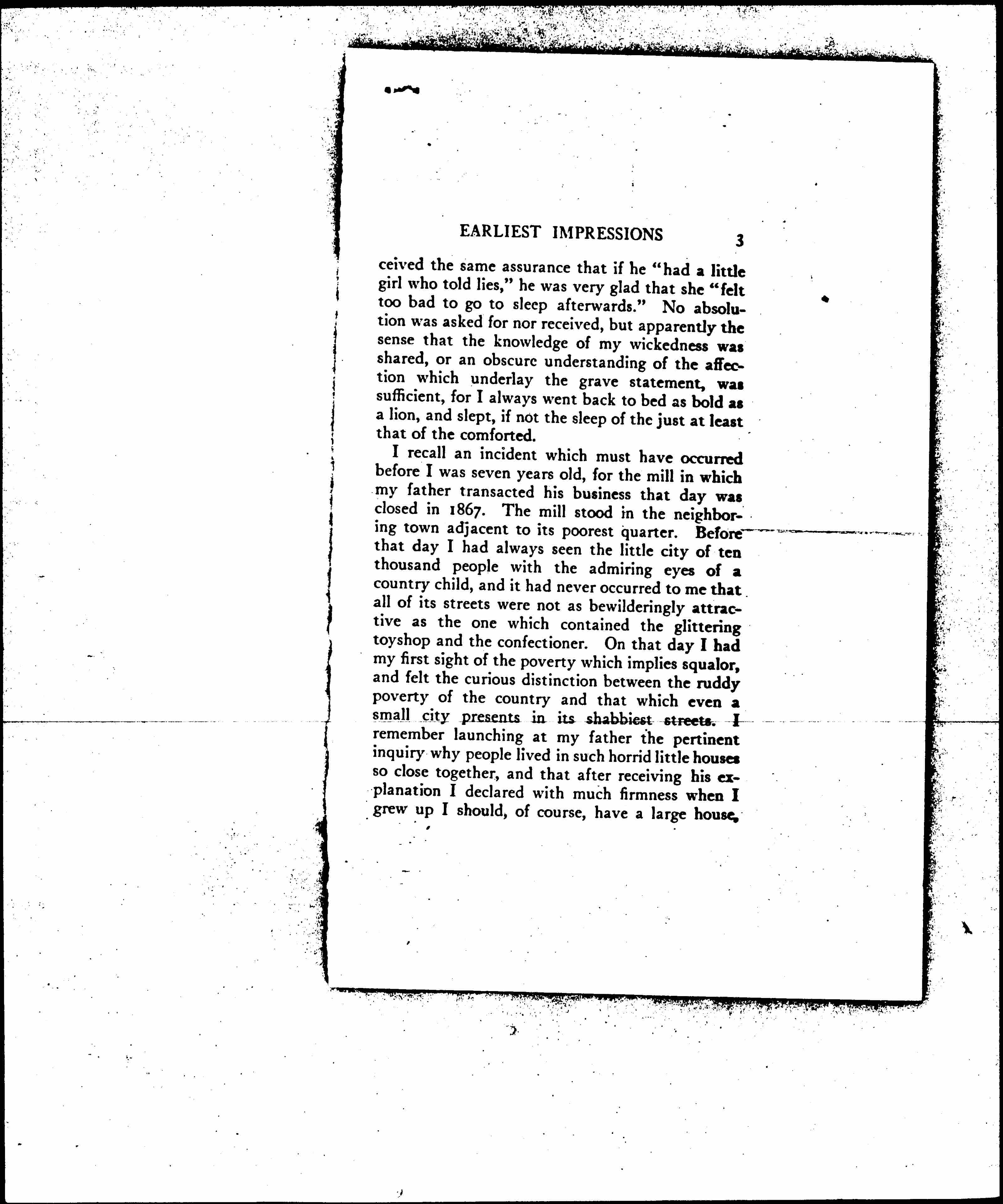 [received] the same assurance that if he "had a little girl who told lies," he was very glad that she "felt too bad to go to sleep afterwards." No absolution was asked for nor received, but apparently the sense that the knowledge of my wickedness was shared, or an obscure understanding of the affection which underlay the grace statement, was sufficient, for I always went back to bed as bold as a lion, and slept, if not the sleep of the just at least that of the comforted.

I recall an incident which must have occurred before I was seven years old, for the mill in which my father transacted his business that day was closed in 1867. The mill stood in the neighboring town adjacent to its poorest quarter. Before that day I had always seen the little city of ten thousand people with the admiring eyes of a country child, and it had never occurred to me that all of its streets were not as bewilderingly attractive as the one which contained the glittering toyshop and the confectioner. On that day I had my first sight of the poverty which implies squalor, and felt the curious distinction between the ruddy poverty of the country and that which even a small city presents in its shabbiest streets. I remember launching at my father the pertinent inquiry why people lived in such horrid little houses so close together, and that after receiving his explanation I declared with much firmness when I grew up I should, of course, have a large house, 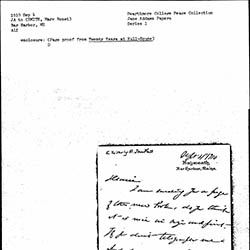 Addams describes her childhood exposure to poverty when she used to visit the mill with her father.