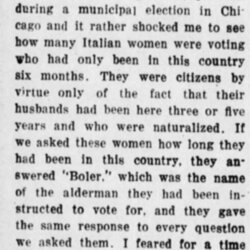 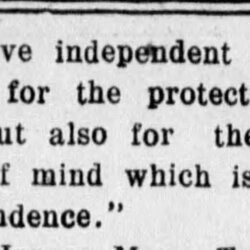 Interesting features of Friday's program were reports and addresses on Educational work, and literature and library extension. Miss Jane Addams made a plea for independent citizenship of women. She said: "I was an election judge in my precinct during a municipal election in Chicago and it rather shocked me to see how many Italian women were voting who had only been in this country six months. They were citizens by virtue only of the fact that their husbands had been here three or five years and who were naturalized. If we asked these women how long they had been in this country, they answered '[Bowler],' which was the name of the alderman they had been instructed to vote for, and they gave the same response to every question we asked them. I feared for a time for the very foundation of our nation, if it was to be at the mercy of such voters as these. Our present citizenship laws work a hardship upon another class of women -- the native born who marries an alien, and automatically loses her citizenship. We [page 2] should have independent citizenship, not only for the protection of the women, but also for the splendid freedom of mind which is developed by independence." 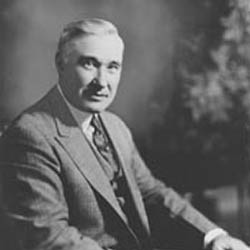 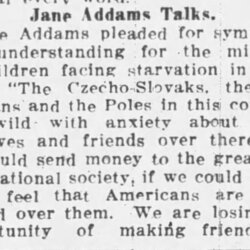 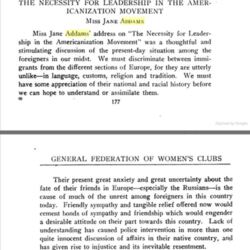 The Necessity for Leadership in the Americanization Movement, June 21, 1920 (summary)

At the Biennial Federation of Women's Clubs, Addams discusses the problems of associating the right to vote with marital status of the husband, telling of experiences with immigrant women voting in Chicago.