Appeal from an Albanian Woman, 1919 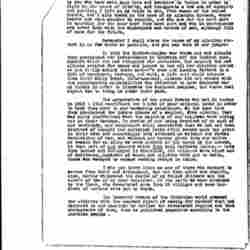 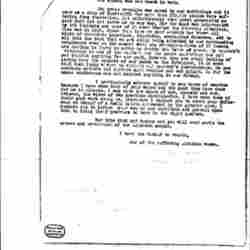 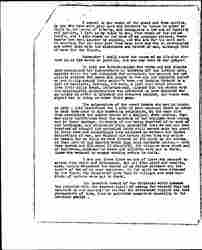 I appeal to you women of the great and free America, to you who have sent your sons and brothers to Europe in order to fight in the cause of liberty, and inaugurate a new era of equality and justice, I lift up my voice to you, free women of the United States, and I also speak in the name of my Albanian sisters, whose hearts are rent asunder by anguish, and who are for the most part in mourning for the dear ones they have lost and who in consequence are bowed down with the wickedness and hatred of man, although full of hope for the future.

Hereunder I shall state the cause of my Albanian sisters in as few words as possible, and you may then be our judges:

In 1912 the Turkish-Balkan war broke out and Albania then proclaimed her [independence] in throwing off the Turkish yoke, against which she had struggled for centuries. Our country the new Albania aspired for peace and longed to see all her children united as one family around their mother's knee and looking forward to a life of happiness, harmony, and work, a life that would procure them their daily bread. Unfortunately, Albania did not reckon with the [neighboring] nationalities who [pretended] to have declared war on Turkey in order to liberate the [enslaved] peoples, but whose real object was to bring us under their yoke.

The Ambassadors of the great Powers who met in London in 1912-1913 sacrificed two thirds of your national lands in order to hand them over to our harassing [neighbors]. At the same time they proclaimed the [independence] of a [smaller], free Albania. That was quite ineffectual when the majority of our children were crying out in their bondage. In spite of our being deprived of so much of our territory, our [neighbors] still considered that we had not been deprived of enough! Our curtailed lands still seemed much too great in their eyes and accordingly they attacked us without any formal declaration of war, and without our [having] given them any motive or reason for so doing we were [invaded] on the south by the Greeks, in that part of our country which they call Northern Epirno. -- here they burned and destroyed 13 districts, 300 villages were wiped out of existence, hundreds of women and children were put to death, those who [managed] to escape seeking refuge in exile.

I who pen these lines am one of those who managed to escape from death and [dishonor], but not from grief and chagrin, alas, having witnessed the deaths of my fellow citizens and the murder of two of my near relatives. On the north we were attacked by the Slavs, who devastated more than 50 villages and some hundreds of persons were put to death.

The Reverend Howard of the Christian world crossed the Atlantic with the express object of seeing for himself what had happened to our country: he visited the devastated regions and took photographs of them, then he published pamphlets appealing to the American people. [page 2]

His appeal was not heard in vain.

The great republic was moved by our sufferings and it sent us a ship of foodstuffs for more than 100,000 people were suffering from starvation. But unfortunately, that great generosity on your part did not serve us in any way, for the food was intercepted by the Italians and none of it ever reached the starving Albanians. This was in 1915. Since that time my poor country has known all kinds of miseries: invasions, blockades, [contagious] diseases. Add to all this the fact that we are still being attacked by our surrounding [neighbors] even at the moment when the [representatives] of 27 Powers are meeting in Paris in order to decide the terms of peace. My country's situation is one of the saddest and the peace conference has not yet decided anything for our good. However they are still talking of giving over the remarks of our lands to the foreigner, it is even said that Italy wishes to violate our country's [independence]. So you American mothers and sisters must realize our sad plight. So [far] the peace conference has not decided anything in our [favor].

I particularly address myself to you women of America because I have seen some of your women and the good they have done for us in Albania. I may cite the names of Mrs. Kennedy and Mrs. [Erickson], the wives of two American missionaries. I have seen them at their good work among us. Therefore I implore you to exert your influence on behalf of a small nation oppressed by the greater ones; I implore you to inform your men of our condition and prevail upon them to bring their pressure to bear in the right quarter.

For this kind and humane act you will ever merit the esteem and veneration of the Albanian people.

I have the [honor] to remain,

one of the suffering Albanian [women]. 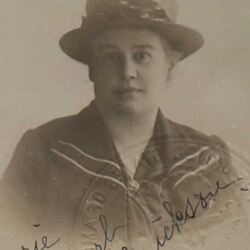 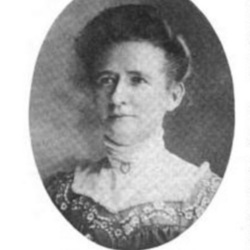 An Albanian women writes an appeal to spread word of the condition in Albania and send relief.