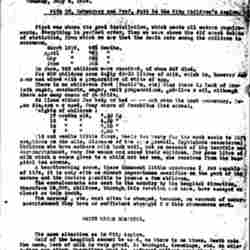 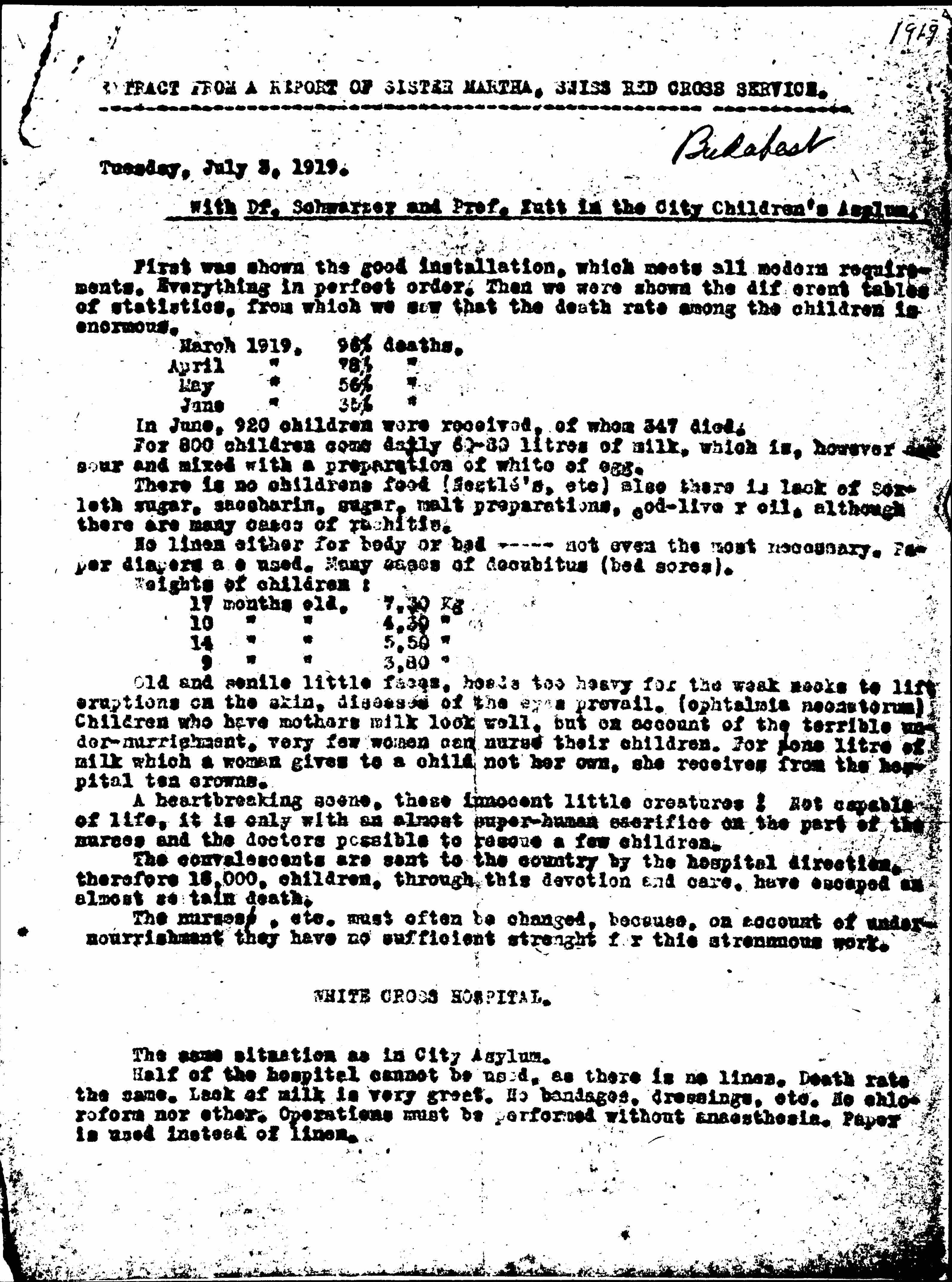 with Dr. Schwarzey and Prof. Zutt in the City Children’s Asylum.

First was shown the good installation, which meets all modern requirements. Everything in perfect order. Then we were shown the different tables of statistics, from which we saw that the death rate among the children is enormous.

For 800 children come daily 60-80 [liters] of milk, which is, however sour and mixed with a preparation of white of egg.

There is no childrens food (Nestle’s, etc) also there is lack of Sorloth sugar, saccharine, sugar, malt preparations, cod-liver oil, although there are many cases of [rickets].

No linen either for body or bed -- not even the most necessary. Paper diapers are used. Many cases of decubitus (bed sores).

Old and senile little faces, heads too heavy for the weak necks to lift, eruptions on the skin, diseases of the eyes prevail. ([ophthalmia] Neonatorum). Children who have mothers milk look well, but on account of the terrible [undernourishment], very few women can nurse their children. For one [liter] of milk which a woman gives to a child not her own, she receives from the hospital ten crowns.

A heartbreaking scene, these innocent little creatures! Not capable of life, it is only with an almost super-human sacrifice on the part of the nurses and the doctors possible to rescue a few children.

The convalescents are sent to the country by the hospital direction, therefore [18,000] children, through this devotion and care, have escaped an almost certain death.

The nurses, etc. must often be changed, because, on account of [undernourishment] they have no sufficient strength for this strenuous work.

The same situation as in City Asylum.

Half of the hospital cannot be used, as there is no linen. Death rate the same. Lack of milk is very great. No bandages, dressings, etc. No chloroform nor ether. Operations must be performed without [anesthesia]. Paper is used instead of linen. 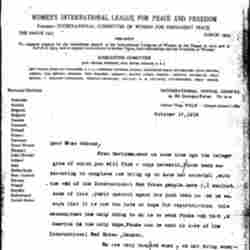 The Swiss Red Cross reports on the deaths of children in the City Children's Asylum and White Cross Hospitals in Budapest.