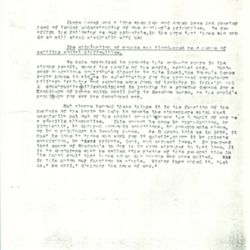 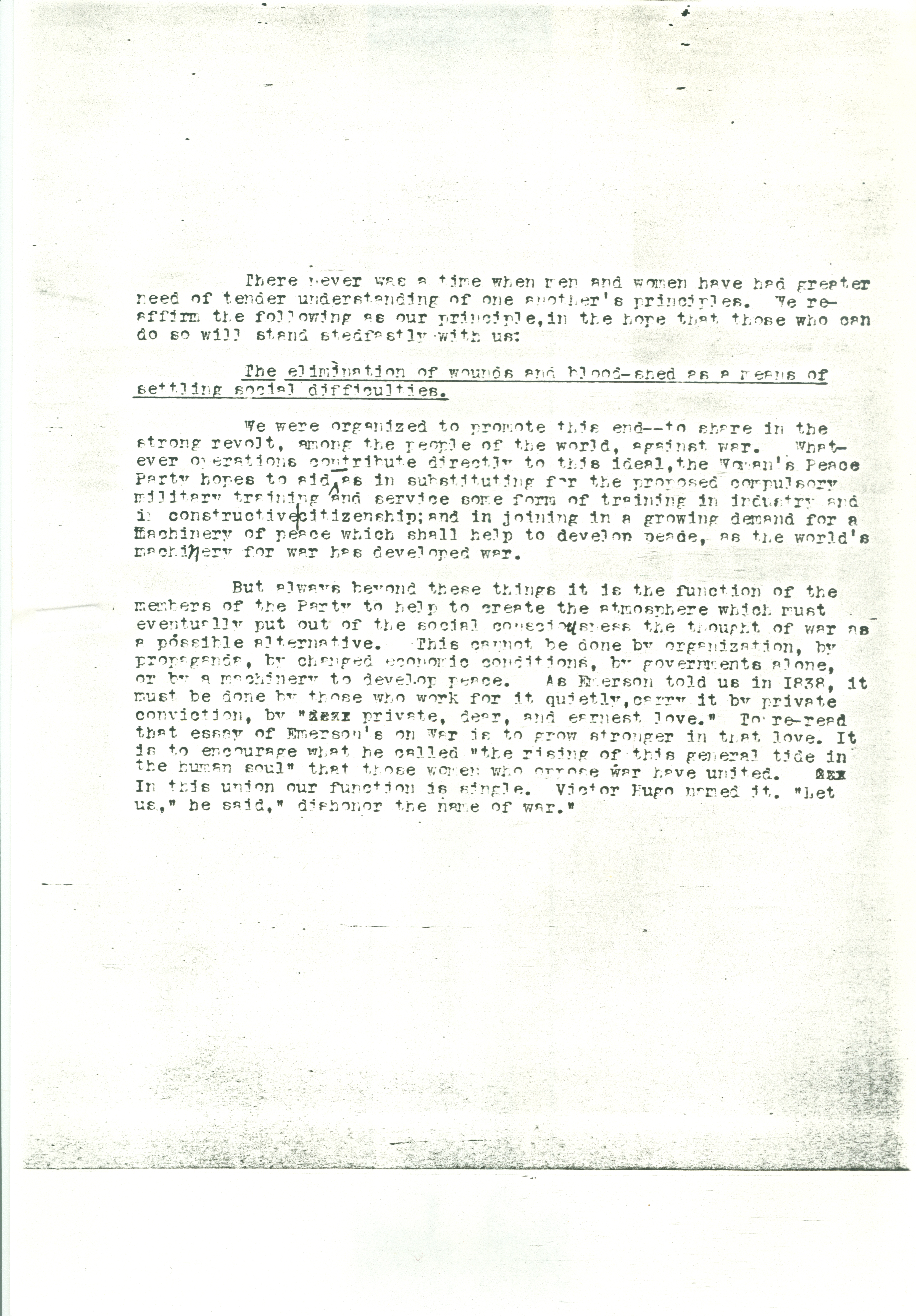 There never was a time when men and women have had greater need of tender understanding of one another's principles. We reaffirm the following as our principle, in the hope that those who can do so will stand [steadfastly] with us:

The elimination of wounds and blood-shed as a means of settling social difficulties.

We were organized to promote this end -- to share in the strong revolt, among the people of the world, against war. Whatever operations contribute directly to this ideal, the Woman's Peace Party hopes to aid ↑--↓ as in substituting for the proposed compulsory military training and service some form of training in industry and in constructive citizenship; and in joining in a growing demand for a machinery of peace which shall help to develop peace, as the world's machinery for war has developed war.

But always beyond these things it is the function of the members of the Party to help to create the atmosphere which must eventually put out of the social consciousness the thought of war as a possible alternative. This cannot be done by organization, by propaganda, by changed economic conditions, by governments alone, or by a machinery to develop peace. As Emerson told us in 1838, it must be done by those who work for it quietly, carry it by private conviction, by "dear private, dear, and earnest love." To [reread] that essay of Emerson's on War is to grow stronger in that love. It is to encourage what he called "the rising of this general tide in the human soul" that those women who oppose war have united. Our In this union our function is single. Victor Hugo named it. "Let us," he said, "dishonor the name of war." 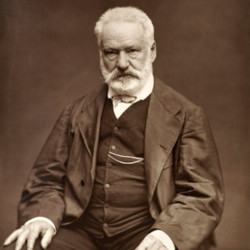 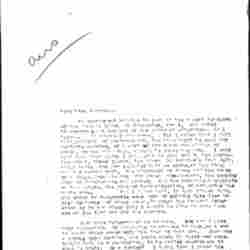