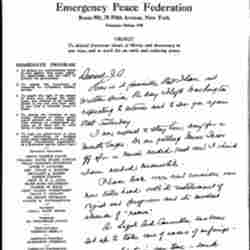 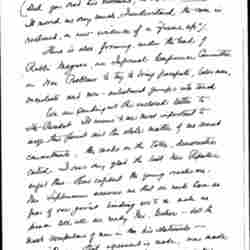 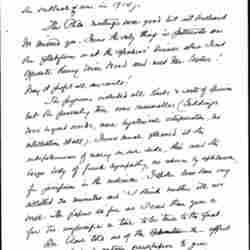 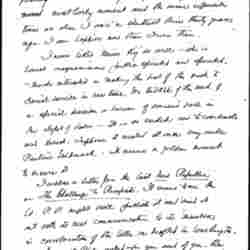 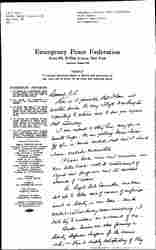 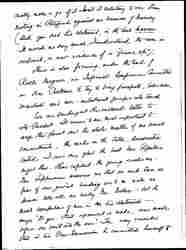 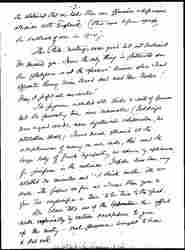 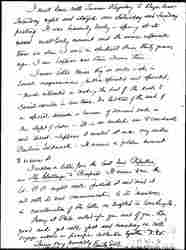 How is it possible that I have not written since the day I left Washington expecting to return and to see you again next Saturday.

I now expect to stay here say for a month longer. We are getting Miss Secor off for a much needed rest and I think I am needed meanwhile.

Please look over and consider our new letter head with its restatement of object and program and its modest absence of "names."

A Legal Aid Committee has been set up to take care of cases of infringement on liberty in war time -- much needed -- extraordinary cases occurring. I will try to enclose an account of one.

Trade Unions are also forming a Liberty Defense League for the same end -- this is deeply satisfactory if they [page 2] really make a go of it. Isn't it salutary to see them rioting in Petrograd against us because of Mooney (Did you read his statement, in the last Masses. It worried me very much. I understand the case is reopened, on new evidence of a "frame up").

There is also forming, under the lead of Rabbi Magnes, an Informal Conference Committee on War Problems to try to bring pacifists, labor men, socialists and non-enlistment groups into touch.

We are sending out the enclosed letter to the President. It seems to me most important to urge this point and the whole matter of no secret commitments, the cards on the table, democratic control. I was very glad the last New Republic urged this. How [confident] the young oracles are. Mr. Lippmann assures me that we need have no fear of our gov'nt binding us to a make no peace till all are ready. Mr. Usher -- not the most scrupulous of men in [illegible] his statements -- says "O yes. That agreement is made, was made before we went into the war." You may remember that in his Pan-Germanism he committed himself to [page 3] the statement that we had then an offensive & defensive alliance with England. (This was before 1914, the outbreak of war in 1914).

The Phila. meetings were good but not brilliant. We missed you. I was the only thing in petticoats on the platform or at the speakers' dinner where I sat opposite Henry Wise Wood and next Mr. Usher! May it profit all our souls!

The program included all kinds & sorts of opinion but the [prevailing?] tone was reasonable (Giddings was beyond words, mere hysterical vituperation, no intellection at all). I was much pleased at the outspokenness of many on our side, [illegible] and the large body of frank sympathy, as shown by applause, for pacifism in the audience. I spoke less than my allotted 20 minutes and I think neither ill nor well. The papers so far as I saw them gave a far too unpacific a tone to be true to the fact.

Dr. Rowe told me of the opposition to effort made especially by certain newspapers to give up the meeting -- real pressure brought to bear to that end. [page 4]

I went home with Susan Kingsbury to Bryn Mawr Saturday night and stayed over Saturday and Sunday resting. It was heavenly lovely -- spring at its [illegible] most lovely moment and the same exquisite tones as when I was a student there thirty years ago. I am happier now than I was then.

I never liked Miss K'y so well -- she is honest magnanimous public spirited and spirited, -- much interested in making the best of the rush to social service in the war time. We talked of the need of a special division or bureau of women's work in the Dept of Labor -- It is so needed now to coordinate and direct -- suppose it could at once say under Pauline Goldmark -- It seems a golden moment to secure it.

I enclose a letter from the last New Republic on The Challenge to Pacifists. It seems to me the W.P.P. might well publish it and send it out with its next communication to its members in corroboration of the letter we drafted in Washington.

Many at Phila. asked for you and of you. Be good and get well fast and someday we will voyage across a pacific Atlantic together [illegible] 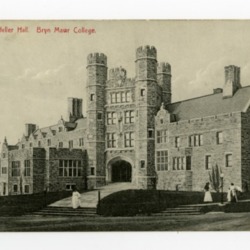 Balch updates Addams on activities of the Emergency Peace Federation since the declaration of war.