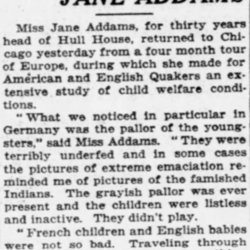 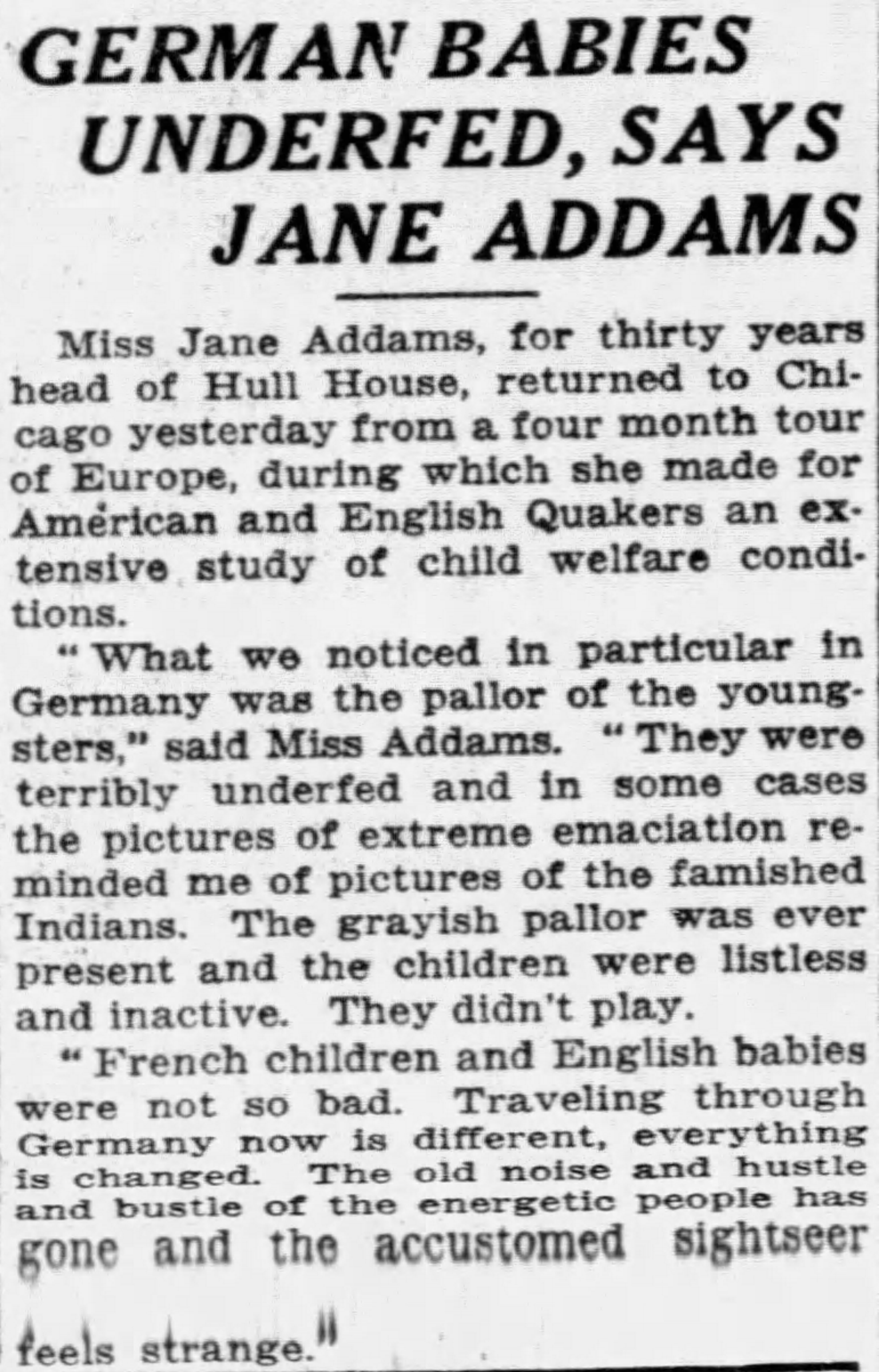 Miss Jane Addams, for thirty years head of Hull House, returned to Chicago yesterday from a four month tour of Europe, during which she made for American and English Quakers an extensive study of child welfare conditions.

“What we noticed in particular in Germany was the pallor of the youngsters,” said Miss Addams. “They were terribly underfed and in some cases the pictures of extreme emaciation reminded me of pictures of the famished Indians. The grayish pallor was ever present and the children were listless and inactive. They didn’t play.

“French children and English babies were not so bad. Traveling through Germany now is different, everything is changed. The old noise and hustle and bustle of the energetic people has gone and the accustomed sightseer feels strange.”

Addams provides a brief statement on her tour of German child welfare conditions.