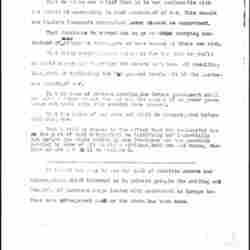 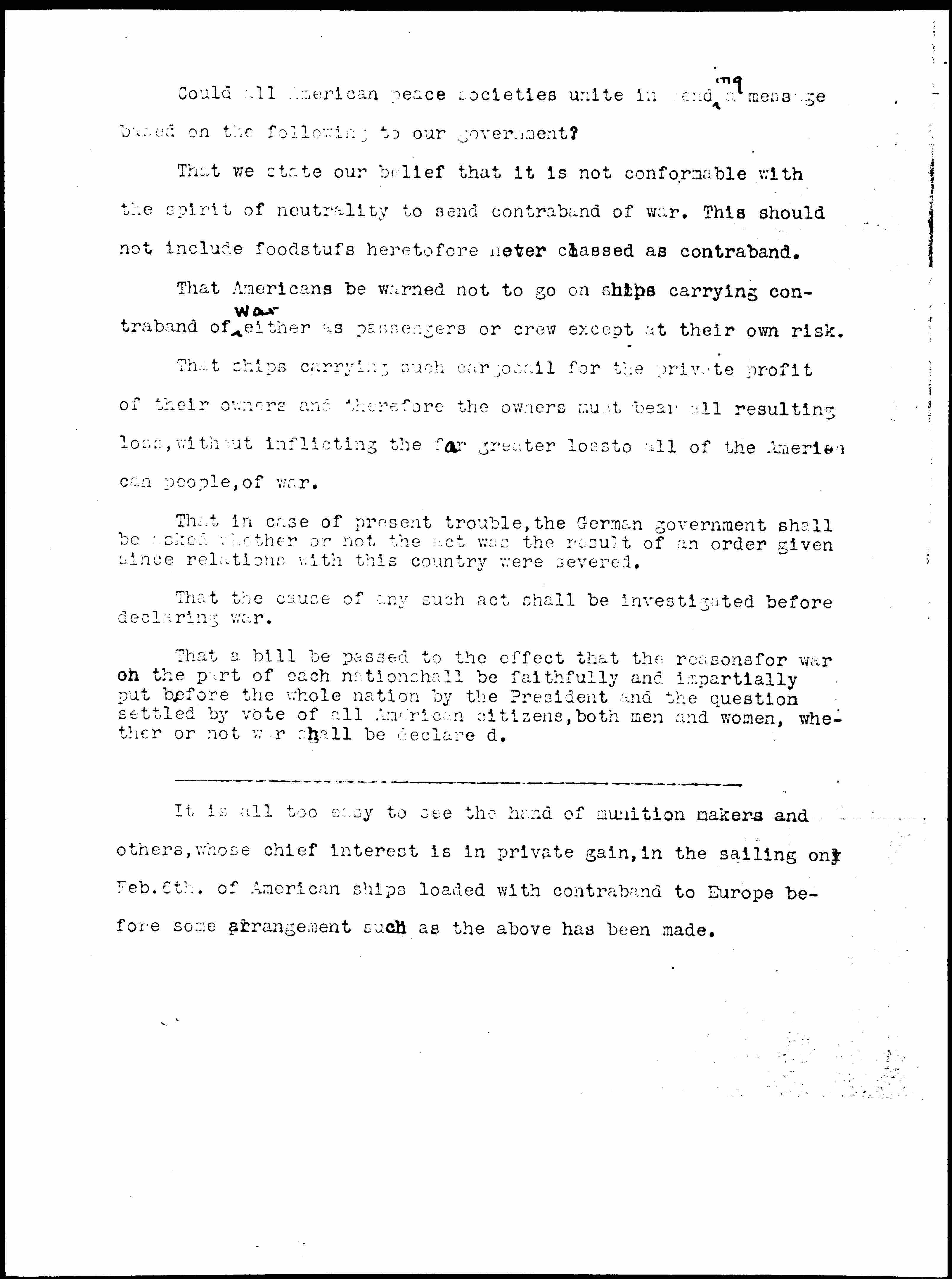 Could all American peace societies unite in sending a message based on the following to our government?

That we state our belief that it is not conformable with the spirit of neutrality to send contraband of war. This should not include [foodstuffs] heretofore never classed as contraband.

That Americans be warned not to go on ships carrying contraband of <war> either as passengers or crew except at their own risk.

That ships carrying such cargo sail for the private profit of their owners and therefore the owners must bear all resulting loss, without inflicting the far greater loss to all of the American people, of war.

That in case of present trouble, the German government shall be asked whether or not the act was the result of an order given since relations with this country were severed.

That the cause of any such act shall be investigated before declaring war.

That a bill be passed to the effect that the reasons for war on the part of each nation shall be faithfully and impartially put before the whole nation by the President and the question settled by vote of all American citizens, both men and women, whether or not war shall be declared.

It is all too easy to see the hand of munition makers and others, whose chief interest is in private gain, in the sailing on Feb. 6th. of American ships loaded with contraband to Europe before some arrangement such as the above has been made.

Recommends that peace societies in the United States unite to send a message regarding contraband of war to the government.

World War I, opposition to
peace movement, women and