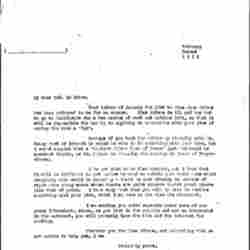 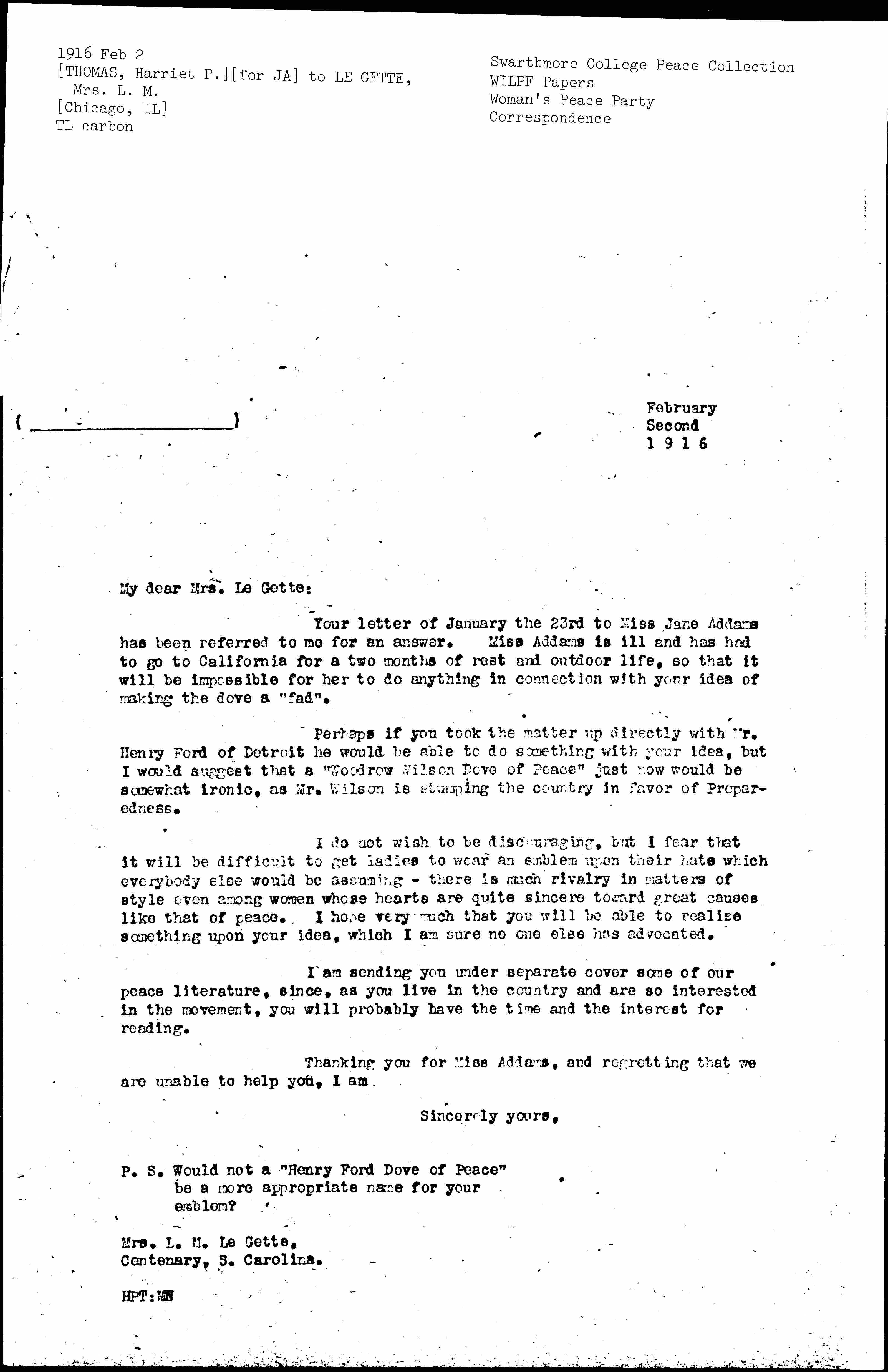 Your letter of January the 23rd to Miss Jane Addams has been referred to me for an answer. Miss Addams is ill and has had to go to California for a two months of rest and outdoor life, so that it will be impossible for her to do anything in connection with your idea of making the dove a "fad".

Perhaps if you took the matter up directly with Mr. Henry Ford of Detroit he would be able to do something with your idea, but I would suggest that a "Woodrow Wilson Dove of Peace" just now would be somewhat ironic, as Mr. Wilson is stumping the country in favor of Preparedness.

I do not wish to be discouraging, but I fear that it will be difficult to get ladies to wear an emblem upon their hats which everybody else would be assuming -- there is much rivalry in matters of style even among women whose hearts are quite sincere towards great causes like that of peace. I hope very much that you will be able to realize something upon your idea, which I am sure no one else has advocated.

I am sending you under separate cover some of our peace literature, since, as you live in the country and are so interested in the movement, you will probably have the time and the interest for reading.

Thanking you for Miss Addams, and regretting that we are unable to help you, I am

P. S. Would not a "Henry Ford Dove of Peace" be a more appropriate name for your emblem? 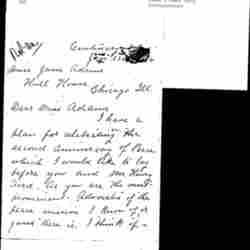 Le Gette's suggestion of a Woodrow Wilson dove pin is discouraged by Thomas because Wilson is currently advocating for preparedness instead of peace.