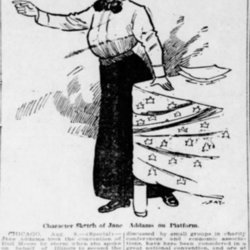 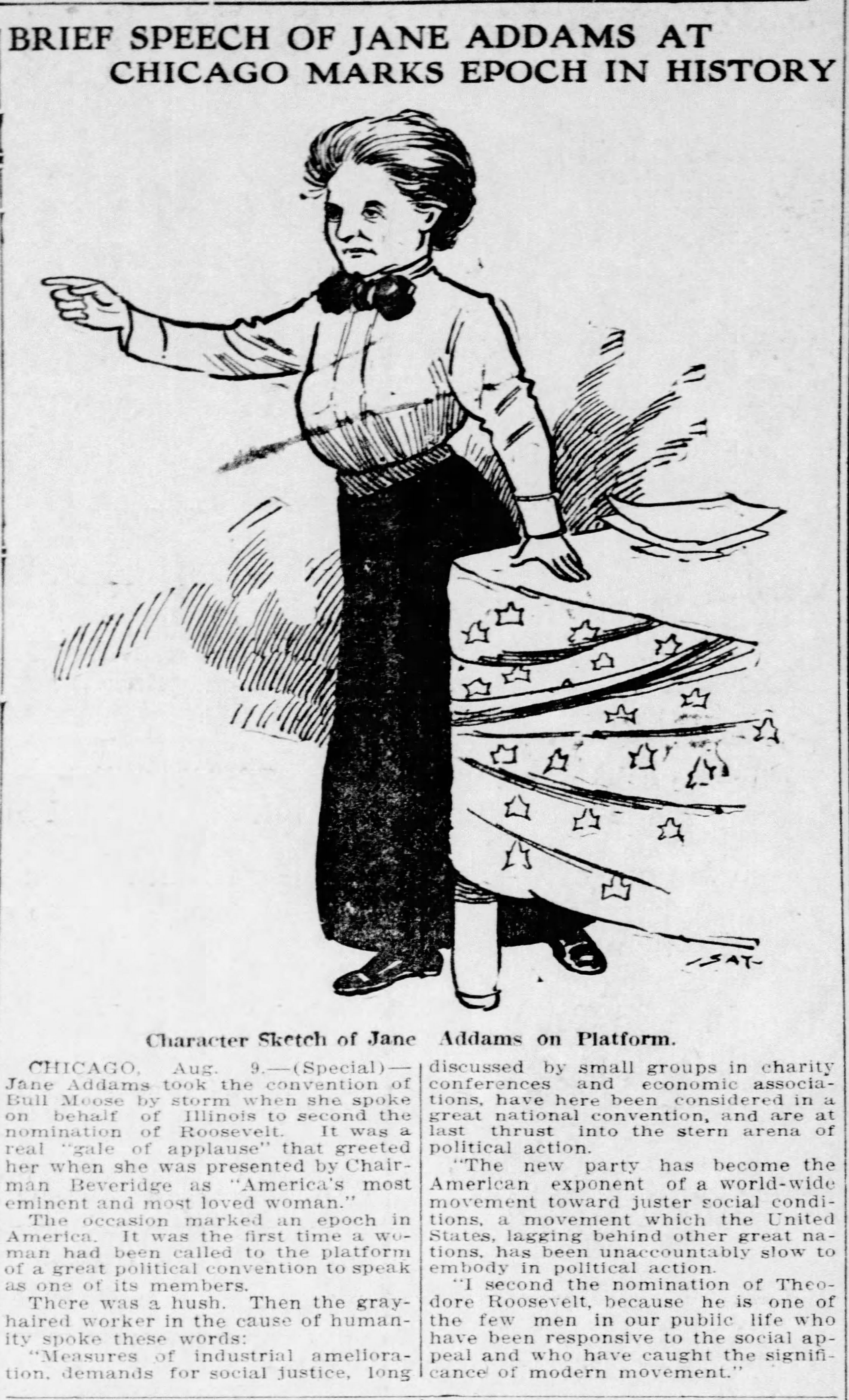 
CHICAGO, Aug. 9. -- (Special) -- Jane Addams took the convention of Bull Moose by storm when she spoke on behalf of Illinois to second the nomination of Roosevelt. It was a real "gale of applause" that greeted her when she was presented by Chairman Beveridge as "America's most eminent and most loved woman."

The occasion marked an epoch in America. It was the first time a woman had been called to the platform of a great political convention to speak as one of its members.

There was a hush. Then the gray-haired worker in the cause of humanity spoke these words:

"Measures of industrial amelioration, demands for social justice, long discussed by small groups in charity conferences and economic associations, have here been considered in a great national convention, and are at last thrust into the stern area of political action.

"The new party has become the American exponent of a world-wide movement toward juster social conditions, a movement which the United States, lagging behind other great nations, has been unaccountably slow to embody in political action.

"I second the nomination of Theodore Roosevelt, because he is one of the few men in our public life who have been responsive to the social appeal and who have caught the significance of modern movement." 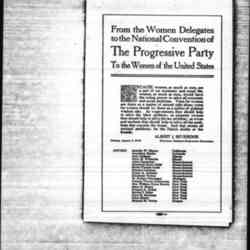 Newspaper report and cartoon of Addams seconding the nomination of Theodore Roosevelt at the Progressive Party Convention.

This illustration was published in multiple newspapers.