Address at the Woman's Peace Party Conference in Washington, January 10, 1915 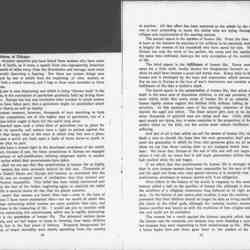 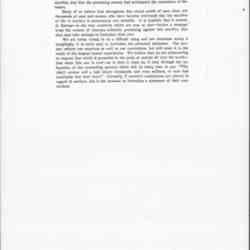 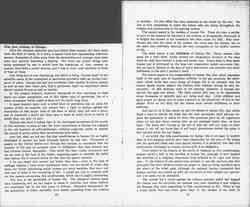 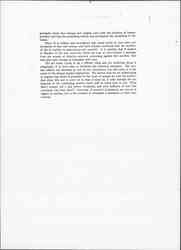 After the eloquent speeches you have heard from women who have come from the field of battle, as it were, a speech from one representing American women, thousands of miles away from the devastation and carnage, must seem tame and scarcely deserving a hearing. But there are certain things now being destroyed by war in which from the beginning of time women, as women, have held a vested interest, and I beg to draw your attention to three or four of them.

One thing war is now destroying, and which is being "thrown back" in the scientific sense, is the conception of patriotism gradually built up during thousands of years. Europe has had one revolution after another in which women as well as men have taken part, that a patriotism might be established which should contain liberty as well as loyalty.

At the present moment, however, thousands of men marching to their death are under compulsion, not of this higher type of patriotism, but of a tribal conception which ought to have left the world long since.

A state founded upon such a tribal ideal of patriotism has no place for women within its councils, and women have a right to protest against the destruction of that larger ideal of the state in which they had won a place, and to deprecate a world put back upon a basis of brute force -- a world in which they can play no part.

Women also have a vested right in the developed conscience of the world. At this moment, because of war, the finest consciences in Europe are engaged in the old business of self-justification, utilizing outgrown myths to explain the course of action which their governments have taken.

And last, shall we not say that that sensitiveness to human life so highly developed in women has been seriously injured by this war. Thousands of people in the United States and Europe had become so convinced that the sanctity of life was an accepted tenet of civilization that they deemed war had become forever impossible. That belief has been rudely overturned and we are now at the foot of the ladder, beginning again to establish the belief that human life is secured above all else that the planet contains.

I do not assert that women are better than men -- even in the heat of suffrage debates I have never maintained that -- but we would all admit that there are things concerning which women are more sensitive than men, and that one of these is the treasuring of life. I would ask you to consider with me five aspects concerning this sensitiveness, which war is rapidly destroying.

The first is the protection of human life. The advanced nations know very accurately, and we had begun to know in America, how many children are needlessly lost in the first years of infancy. Measures inaugurated for the prevention of infant mortality were slowly spreading from one country [page 2] to another. All that effort has been scattered to the winds by the war. No one is now pretending to count the babies who are dying throughout the villages and countrysides of the warring nations.

The second aspect is the nurture of human life. From the time a soldier is born to the moment he marches in his uniform to be wantonly destroyed, it is largely the women of his household who have cared for him. War overthrows not only the work of the mother, the nurse and the teacher, but at the same time ruthlessly destroys the very conception of the careful nurture of life.

The third aspect is the fulfillment of human life. Every woman who cares for a little child, fondly throws her imagination forward to the time when he shall have become a great and heroic man. Every baby is thus made human and is developed by the hope and expectation which surrounds him. But no one in Europe in the face of war's destruction can consider any other fulfillment of life than a soldier's death.

The fourth aspect is the conservation of human life; that which expresses itself in the state care of dependent children, in old age pensions, the sentiment which holds that every scrap of human life is so valuable that the human family cannot neglect the feeblest child without risking its own destruction. At this moment, none of the warring countries of Europe can cherish the aged and infirm. The State cannot give care to its dependents when thousands of splendid men are dying each day. Little children and aged people are dying, too; in some countries in the proportion of five to one soldier killed on the field; but the nation must remain indifferent to their suffering.

And last of all is that which we call the ascent of human life; that which leads a man to cherish the hope that the next generation shall advance beyond the generation in which he lives; that generous glow we all experience when we see that those coming after us are equipped better than we have been. We know that Europe at the end of this war will not begin to build where it left off; we know that it will begin generations behind the point it had reached when the war began.

Once before in the history of the world, in response to this sensitiveness, women called a halt to the sacrifice of human life, although it then implied the abolition of a religious observance long believed to be right and necessary. In the history of one nation after another, it was the mothers who first protested that their children should no longer be slain as living sacrifices upon the altars of the tribal gods, although the national leaders contended that human sacrifice was bound up with the traditions of free religion and patriotism and could not be abolished.

The women led a revolt against the hideous practice which had dogged the human race for centuries, not because they were founding a new religion, but because they were responding to their sensitiveness to life. When at last a brave leader here and there gave heed to the mother of the child, he [page 3] gradually found that courage and religion were with the abolition of human sacrifice, and that the protesting women had anticipated the conscience of the future.

Many of us believe that throughout this round world of ours there are thousands of men and women who have become convinced that the sacrifice of life in warfare is unnecessary and wasteful. It is possible that if women in Europe -- in the very countries which are now at war -- receive a message from the women of America solemnly protesting against this sacrifice, that they may take courage to formulate their own.

We are today trying to do a difficult thing and are doubtless doing it bunglingly; it is never easy to formulate the advanced statement. Our protest reflects our emotions as well as our convictions, but still more it is the result of the deepest human experiences. We believe that we are endeavoring to express that which is grounded in the souls of women all over the world -- that when this war is over -- as in time it must be, if only through the exhaustion of the contending powers -- there will be many men to say, "Why didn't women call a halt before thousands, and even millions, of men had needlessly lost their lives?" Certainly, if women's consciences are stirred in regard to warfare, this is the moment to formulate a statement of their convictions.

Addams gave this speech at the Woman's Constructive Peace Conference in Washington, D.C., on the reasons why women need to become more active in politics and the peace movement.