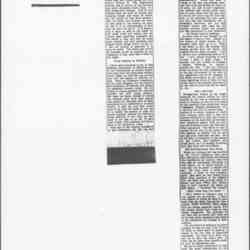 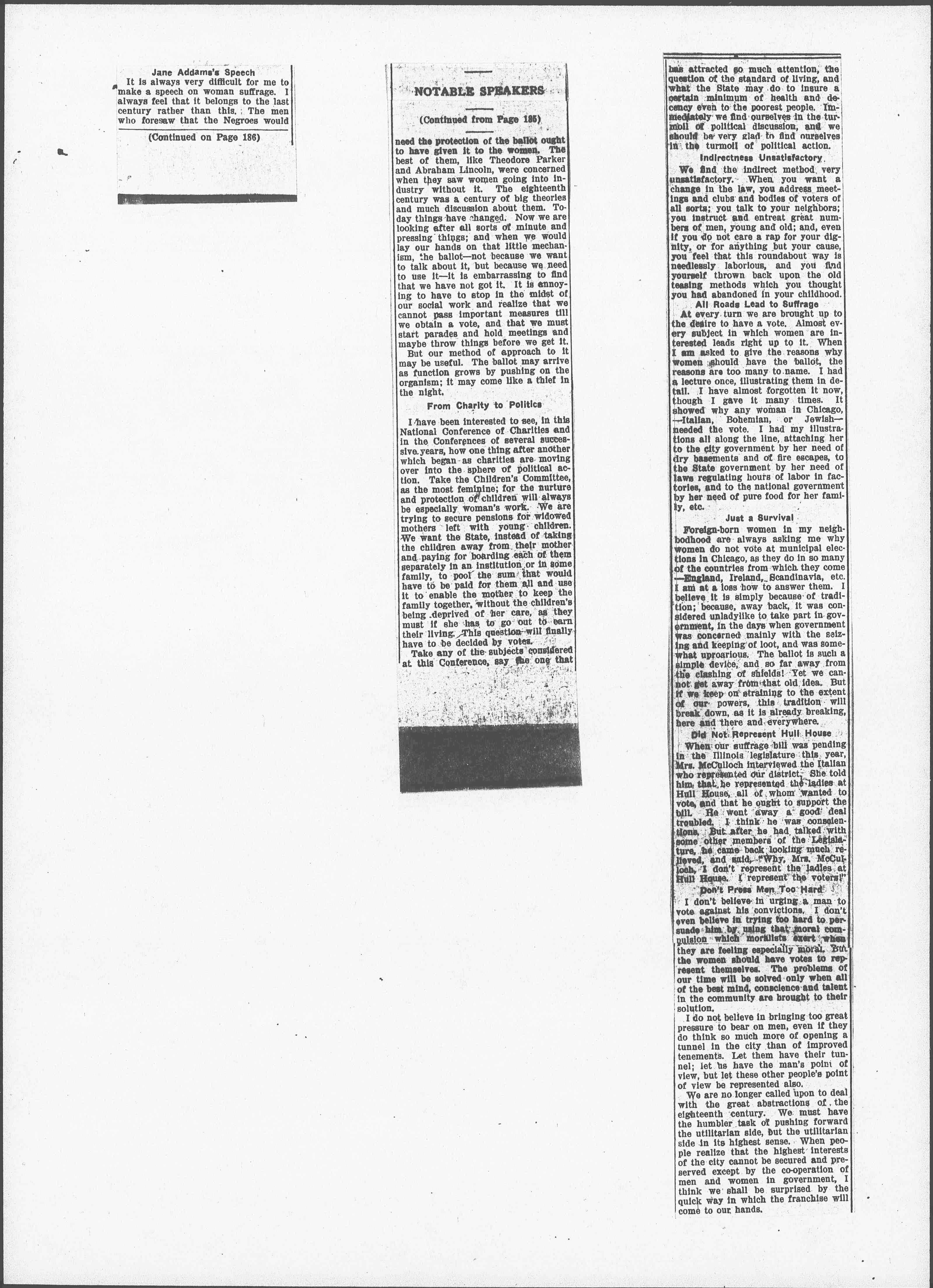 It is always very difficult for me to make a speech on woman suffrage. I always feel that it belongs to the last century rather than this. The men who foresaw that the Negroes would [page 2] need the protection of the ballot ought to have given it to the women. The best of them, like Theodore Parker and Abraham Lincoln, were concerned when they saw women going into industry without it. The eighteenth century was a century of big theories and much discussion about them. Today things have changed. Now we are looking after all sorts of minute and pressing things; and when we would lay our hands on that little mechanism, the ballot -- not because we want to talk about it, but because we need to use it -- it is embarrassing to find that we have not got it. It is annoying to have to stop in the midst of our social work and realize that we cannot pass important measures till we obtain a vote, and that we must start parades and hold meetings and maybe throw things before we get it.

But our method of approach to it may be useful. The ballot may arrive as function grows by pushing on the organism; it may come life a thief in the night.

From Charity to Politics

I have been interested to see, in this National Conference of Charities and in the Conferences of several successive years, how one thing after another which began as charities are moving over into the sphere of political action. Take the Children's Committee, as the most feminine; for the nurture and protection of children will always be especially woman's work. We are trying to secure pensions for widowed mothers left with young children. We want the State, instead of taking the children away from their mother and paying for boarding each of them separately in an institution or in some family, to pool the sum that would have to be paid for them all and use it to enable the mother to keep the family together, without the children's being deprived of her care, as they must if she has to go out to earn their living. This question will finally have to be decided by votes.

Take any of the subjects considered at this Conference, say the one that [page 3] has attracted so much attention, the question of the standard of living, and what the State may do to insure a certain minimum of health and decency even to the poorest people. Immediately we find ourselves in the turmoil of political discussion, and we should be very glad to find ourselves in the turmoil of political action.

We find the indirect method very unsatisfactory. When you want a change in the law, you address meetings and clubs and bodies of voters of all sorts; you talk to your neighbors; you instruct and entreat great numbers of men, young and old; and, even if you do not care a rap for your dignity, or for anything but your cause, you feel that this roundabout way is needlessly laborious, and you find yourself thrown back upon the old teasing methods which you thought you had abandoned in your childhood.

All Roads Lead to Suffrage

At every turn we are brought up to the desire to have a vote. Almost every subject in which women are interested leads right up to it. When I am asked to give the reasons why women should have the ballot, the reasons are too many to name. I had a lecture once, illustrating them in detail. I have almost forgotten it now, though I gave it many times. It showed why any woman in Chicago, -- Italian, Bohemian, or Jewish -- needed the vote. I had my illustrations all along the line, attaching her to the city government by her need of dry basements and of fire escapes, to the State government by her need of laws regulating hours of labor in factories, and to the national government by her need of pure food for her family, etc.

Foreign-born women in my neighborhood are always asking me why women do not vote at municipal elections in Chicago, as they do in so many of the countries from which they come -- England, Ireland, Scandinavia, etc. I am at a loss how to answer them. I believe it is simply because of tradition; because, away back, it was considered unladylike to take part in government, in the days when government was concerned mainly with the seizing and keeping of loot, and was somewhat uproarious. The ballot is such a simple device, and so far away from the clashing of shields! Yet we cannot get away from that old idea. But if we keep on straining to the extent of our powers, this tradition will break down, as it is already breaking, here and there and everywhere.

Did Not Represent Hull House

When our suffrage bill was pending in the Illinois legislature this year, Mrs. McCulloch interviewed the Italian who represented our district. She told him that he represented the ladies at Hull House, all of whom wanted to vote, and that he ought to support the bill. He went away a good deal troubled. I think he was [conscientious]. But after he had talked with some other members of the Legislature, he came back looking much relieved, and said, "Why, Mrs. McCulloch, I don't represent the ladies at Hull House. I represent the voters!"

I don't believe in urging a man to vote against his convictions. I don't even believe in trying too hard to persuade him by using that moral compulsion which moralists exert when they are feeling especially moral. But the women should have votes to represent themselves. The problems of our time will be solved only when all of the best mind, conscience and talent in the community are brought to their solution.

I do not believe in bringing too great pressure to bear on men, even if they do think so much more of opening a tunnel in the city than of improved tenements. Let them have their tunnel; let us have the man's point of view, but let these other people's point of view be represented also.

We are no longer called upon to deal with the great abstractions of the eighteenth century. We must have the humbler task of pushing forward the utilitarian side, but the utilitarian side in its highest sense. When people realize that the highest interests of the city cannot be secured and preserved except by the [cooperation] of men and women in government, I think we shall be surprised by the quick way in which the franchise will come to our hands. 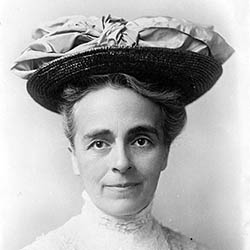