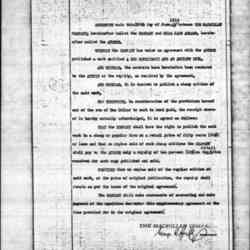 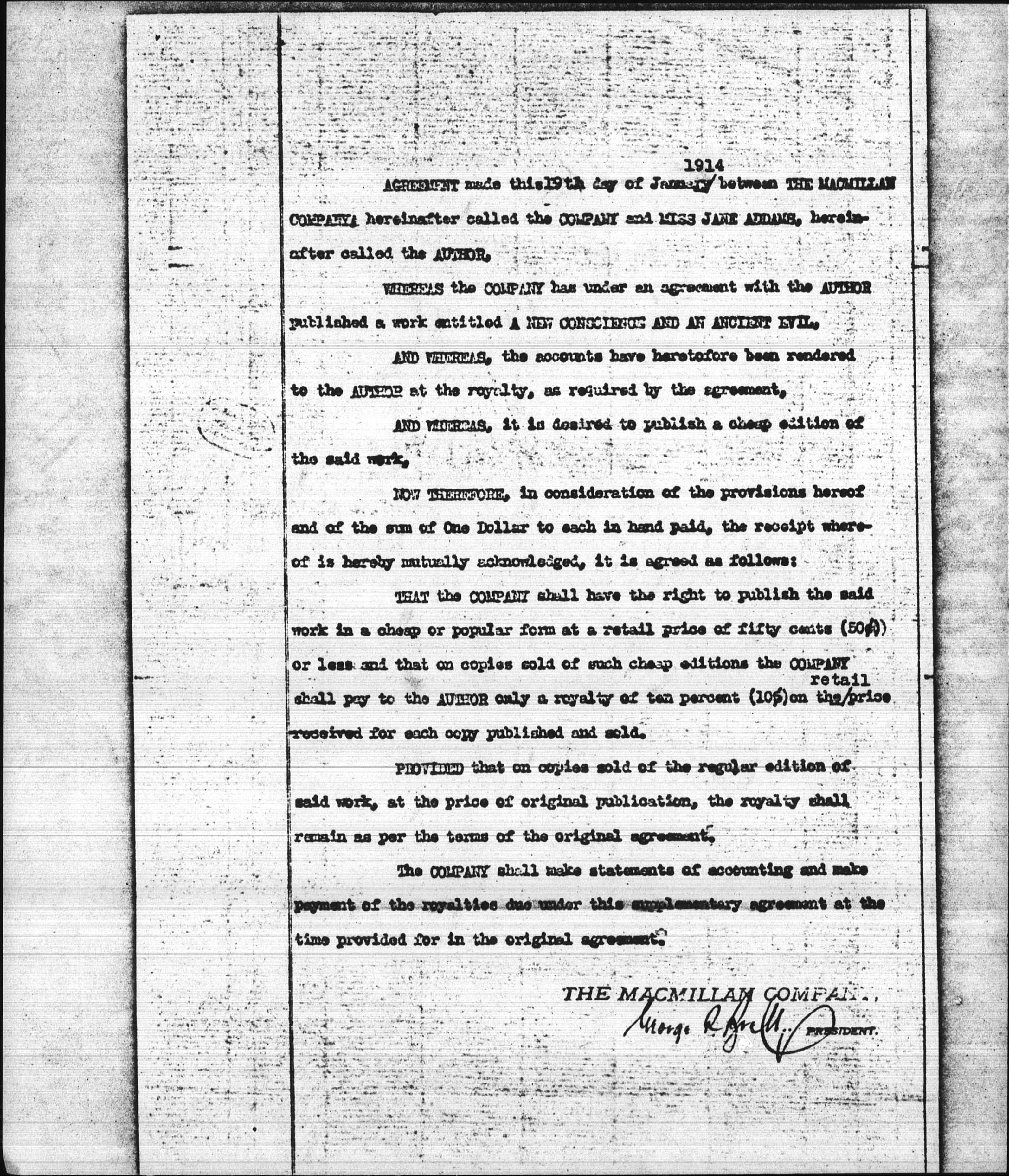 WHEREAS the COMPANY has under an agreement with the AUTHOR published a work entitled A NEW CONSCIENCE AND AN ANCIENT EVIL,

AND WHEREAS, the accounts have heretofore been rendered to the AUTHOR at the royalty, as required by the agreement,

AND WHEREAS, it is desired to publish a cheap edition of the said work,

NOW THEREFORE, in consideration of the provisions hereof and of the sum of One Dollar to each in hand paid, the receipt whereof is hereby mutually acknowledged, it is agreed as follows:

THAT the COMPANY shall have the right to publish the said work in a cheap or popular form at a retail price of fifty cents (50¢) or less and that on copies sold of such cheap editions the COMPANY shall pay to the AUTHOR only a royalty of ten percent (10%) on the <retail> price received for each copy published and sold.

PROVIDED that on copies sold of the regular edition of said work, at the price of original publication, the royalty shall remain as per the terms of the original agreement.

The COMPANY shall make statements of accounting and make payment of the royalties due under this supplementary agreement at the time provided for in the original agreement. 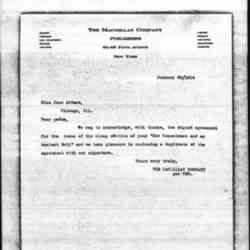 A contract between The Macmillan Company and Jane Addams for publishing inexpensive editions of "A New Conscience and an Ancient Evil."