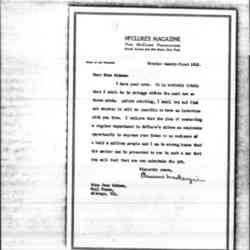 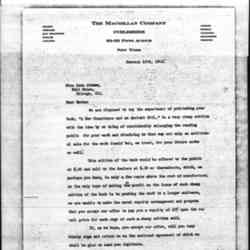 Cameron Mackenzie was a journalist, magazine publisher, and editor who worked for McClure's Magazine, The London Chronicle, and Ladies World. He earned a law degree at New York University while working for McClure's as assistant managing editor. With Frederick L. Collins, he purchased a controlling interest in McClure's but retired in 1915 to focus on writing novels. With the outbreak of World War I, Mackenzie served as a war correspondent to the staff of General Pershing.

Mackenzie married Elizabeth McClure in 1914. They had one child, Davis. Mackenzie died in 1921, on board the S. S. Aquitania while heading from Poland to America to regain his health.