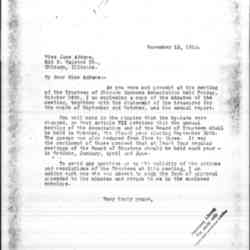 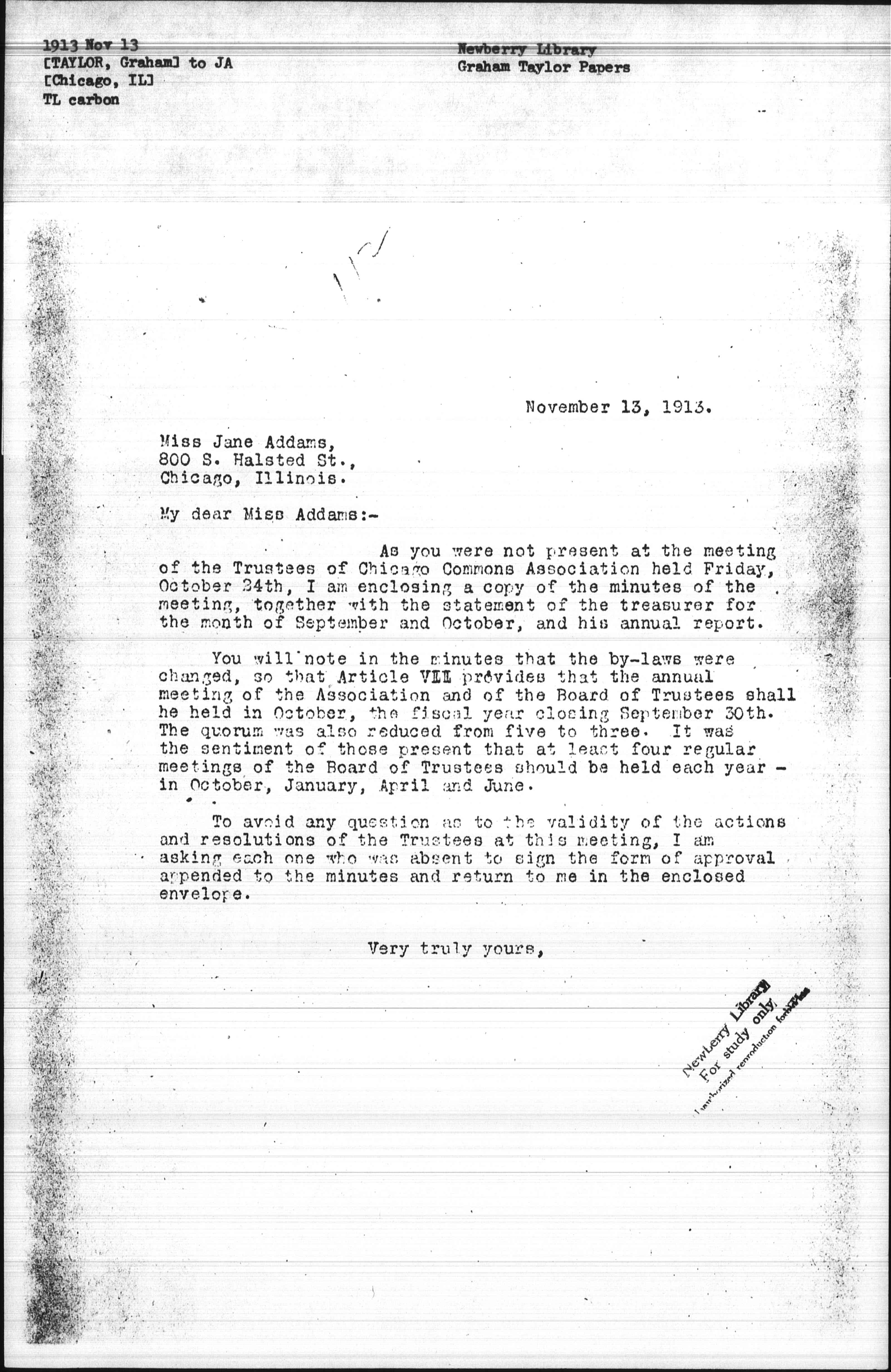 As you were not present at the meeting of the Trustees of Chicago Commons Association held Friday, October 24th, I am enclosing a copy of the minutes of the meeting, together with the statement of the treasurer for the month of September and October, and his annual report.

You will note in the minutes that the by-laws were changed, so that Article VII provides that the annual meeting of the Association and of the Board of Trustees shall be held in October, the fiscal year closing September 30th. The quorum was also reduced from five to three. It was the sentiment of those present that at least four regular meetings of the Board of Trustees should be held each year -- in October, January, April and June.

To avoid any question as to the validity of the actions and resolutions of the Trustees at this meeting, I am asking each one who was absent to sign the form of approval appended to the minutes and return to me in the enclosed envelope.

Taylor sends Addams the minutes from a meeting of the trustees of the Chicago Commons Association, which she missed.