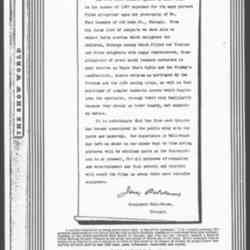 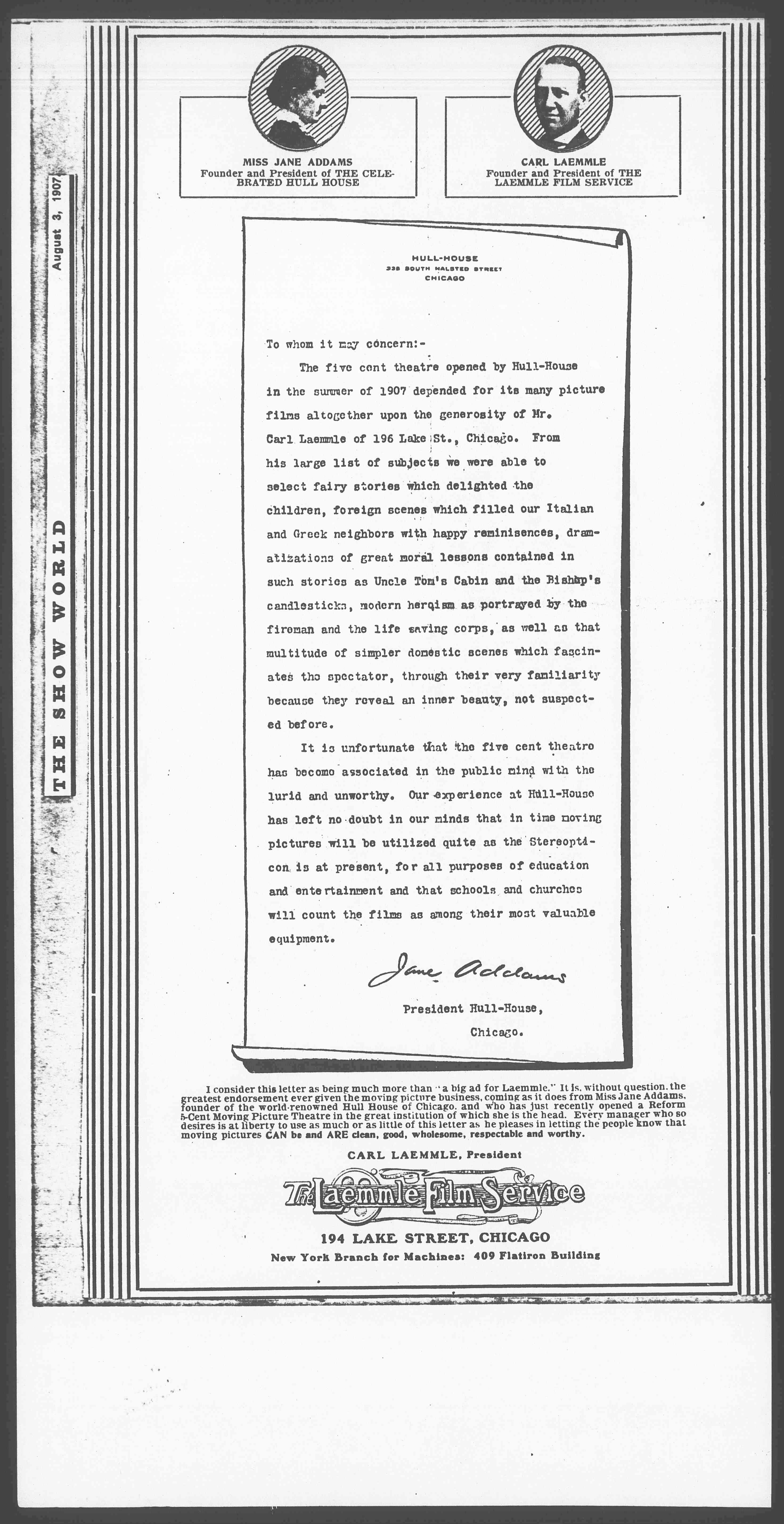 The five cent [theater] opened by Hull-House in the summer of 1907 depended for its many picture films altogether upon the generosity of Mr. Carl Laemmle of 196 Lake St., Chicago. From his large list of subjects we were able to select fairy stories which delighted the children, foreign scenes which filled our Italian and Greek neighbors with happy [reminiscences], dramatizations of great moral lessons contained in such stories as Uncle Tom's Cabin and the Bishop's candlesticks, modern heroism as portrayed by the fireman and the life saving corps, as well as that multitude of simpler domestic scenes which fascinates the spectator, through their very familiarity because they reveal an inner beauty, not suspected before.

It is unfortunate that the five cent [theater] has become associated in the public mind with the lurid and unworthy. Our experience at Hull-House has left no doubt in our minds that in time moving pictures will be utilized quite as the Stereopticon is at present, for all purposes of education and entertainment and that schools and churches will count the films as among their most valuable equipment.

I consider this letter as being much more than "a big ad for Laemmle." It is, without question, the greatest endorsement ever given the moving picture business, coming as it does from Miss Jane Addams, founder of the world-renowned Hull House of Chicago, and who has just recently opened a Reform 5-Cent Moving Picture [Theater] in the great institution of which she is the head. Every manager who so desires is at liberty to use as much or as little of this letter as he pleases in letting the people know that moving pictures CAN be and ARE clean, good, wholesome, respectable and worthy. 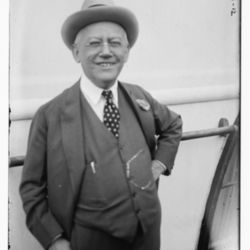 Addams' testimonial to the educational value of Carl Laemmle's movies, which are shown in Hull-House.