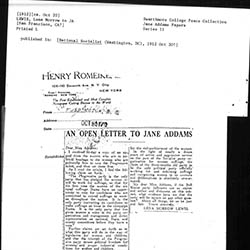 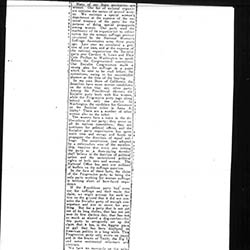 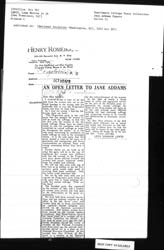 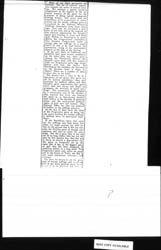 AN OPEN LETTER TO JANE ADDAMS

As I read the article, I find the following claim set forth:

"The Progressive Party is the only party that has pledged the women itself to work for suffrage, so that for the first time the women of the six equal suffrage States have an opportunity to vote for candidates who are committed to extend suffrage to women throughout the nation. It is the only party instructing its candidates to make suffrage an issue in the campaign States. It is the only party that has given women a voice in the party organization and management and direct representation on national, State, and county committees before they have a vote."

We will not take issue with you at this time as to whether or not the Progressive Party would make good in securing these latter conditions. Only the future could determine that.

But we do take issue with you as regards the Progressive Party being the only party that is doing anything officially for woman suffrage. What are the facts?

The Socialist Party was organized in the summer of 1901, and a number of women were present and took part in the deliberations of the party organization.

Many of our State secretaries are women. Our list of national organizers contains the names of several women. We maintain a special woman's department at the expense of the national treasury of the party for the purpose of doing special propaganda among women. Our party used the machinery of its organization to collect names for the woman suffrage petition circulated by the National Woman's Suffrage Association some three years ago. Last year we circulated a petition of our own, and at the expense of the national organization the Socialist Party sent Caroline A. Lowe and Elsie Cole Phillips to Washington to speak before the Congressional committees. Our Socialist Congressman made a strong plea for suffrage in a paper which he sent to be read before the committees, owing to his unavoidable absence at the time of the hearing.

In my own State of California the Socialists have more women candidates on the ticket than any other party. Among the Presidential electors the Socialist Party leads with five women, while the Progressive Party tags along behind with only one elector. In Washington the candidate for Governor on the Socialist ticket is Anna A. Maley. There are a number of other women also on the ticket.

The women have a voice in the deliberations of our party; they serve on all its various committees; they are nominees for political offices, and the Socialist Party organization has spent much time and energy and funds to propagate the doctrines of equal suffrage. The constitution, just adopted by a referendum vote of the membership, requires that [everyone] joining the party as a dues-paying member shall believe in the doctrine of political action and the unrestricted political rights of both men and women. The National Office has sent out millions of leaflets on the suffrage question.

In the face of these facts, the claim of the Progressive Party to being the only party working for woman suffrage is nothing short of bare-faced impudence.

If the Republican Party had come out for suffrage and then made this claim, we might account for such action of the ground that it did not consider the Socialist Party of enough consequence and size to count for anything. But for a party that is not yet out of its long clothes, that has not yet seen its first election day, that has not so much as elected a dog-catcher -- for this party to arrogantly set up the claim that it has, is the biggest piece of gall that has been displayed in American politics in a long while. This Progressive Party only exists on paper and in the brains of Teddy, the Big I, and some sentimental reformers and admirers.

We have no monopoly on the principle of woman suffrage, and would be glad to see every political party incorporate it in its platform and instruct [missing line] [back to page 1] for the enfranchisement of the women.

In the light of nearly a dozen years of active and aggressive service on the part of the Socialist Party organization for woman suffrage, the claim of the three-months old party to be the only political party officially working for and [endorsing] suffrage and recognizing women in its councils and deliberations is absolutely unwarranted.

My dear Miss Addams, if the Bull Moose Party followers are so unjust and unfair and dishonest on this subject, what evidence have we that the party will be square on any other question? Above all things, let us be just and fair. Yours sincerely, 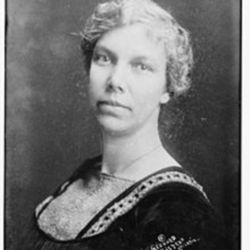 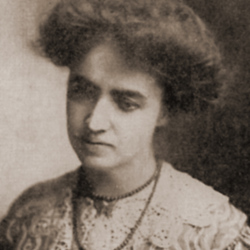 Lewis criticizes Addams and the Progressive Party for claiming to be the only party supporting women's suffrage, as the Socialist Party has supported the suffrage movement since its founding in 1901.