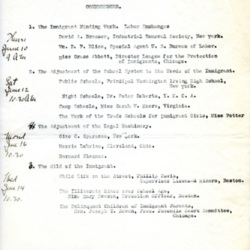 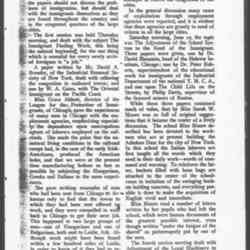 Emanuel Levine, or Manuel Levine, immigrated to Cleveland in 1897 and received naturalization classes at the Hiram House settlement house. In 1902, he graduated from Western Reserve University Law School and was admitted to the Ohio bar. In 1903, he was appointed assistant police prosecutor and assistant solicitor to Newton D. Baker. He also taught naturalization and English classes at Hiram House. Levine was elected police judge in 1908, a municipal judge in 1911, and common pleas court judge in 1914. He was reelected in 1920, and in 1923 he became a judge on the Ohio Court of Appeals. As a judge, Levine instituted the Domestic Relations Bureau in common pleas court, established the state's first probation department, and advocated for court-sponsored domestic conciliation efforts.

Levine married Jessie Bialosky in 1909. They had three children: Robert, Alfred, and Mitzi. Levine died in 1939.

The Encyclopedia of Cleveland History