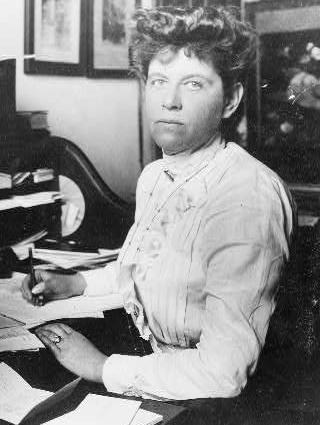 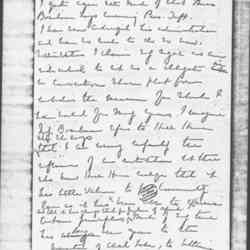 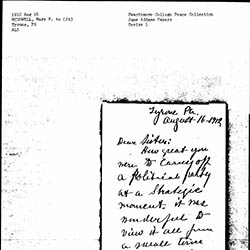 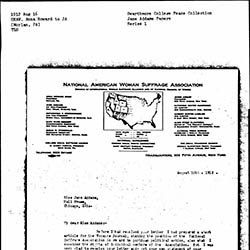 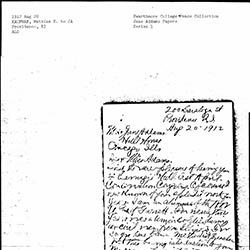 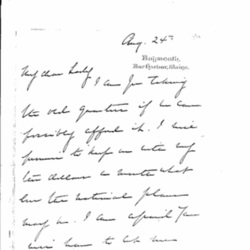 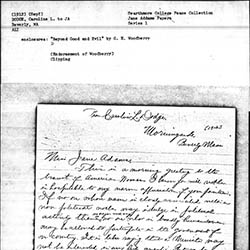 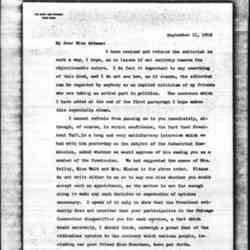 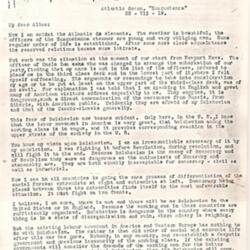 Mabel Thorp Boardman was a philanthropist who worked for the American Red Cross. She grew up in a socialite family, which allowed her to spend most of her time aiding different philanthropies. In 1901, she was elected to the Executive Board of the American Red Cross, where she led the faction that ousted Clara Barton in 1904. Boardman went on to lead the Red Cross, though she did not become Chairman, feeling it would cause the organization to lose credibility. Boardman became the first female member of the Board of Commissioners of the District of Columbia in 1920 and served as the Director of the Red Cross's Volunteer Service from 1923 to 1944.

Boardman was mentioned in numerous letters sent to Jane Addams in 1912, referencing a public disagreement between the two. Boardman criticized Addams for supporting the Progressive Party, arguing that those who engage in non-political work should not align themselves with any specific political party or candidate. Addams responded by stating that her work required involvement in politics and that she had a right to exercise her freedom of speech.