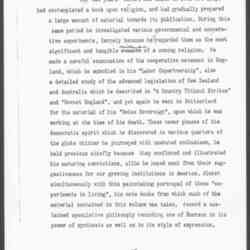 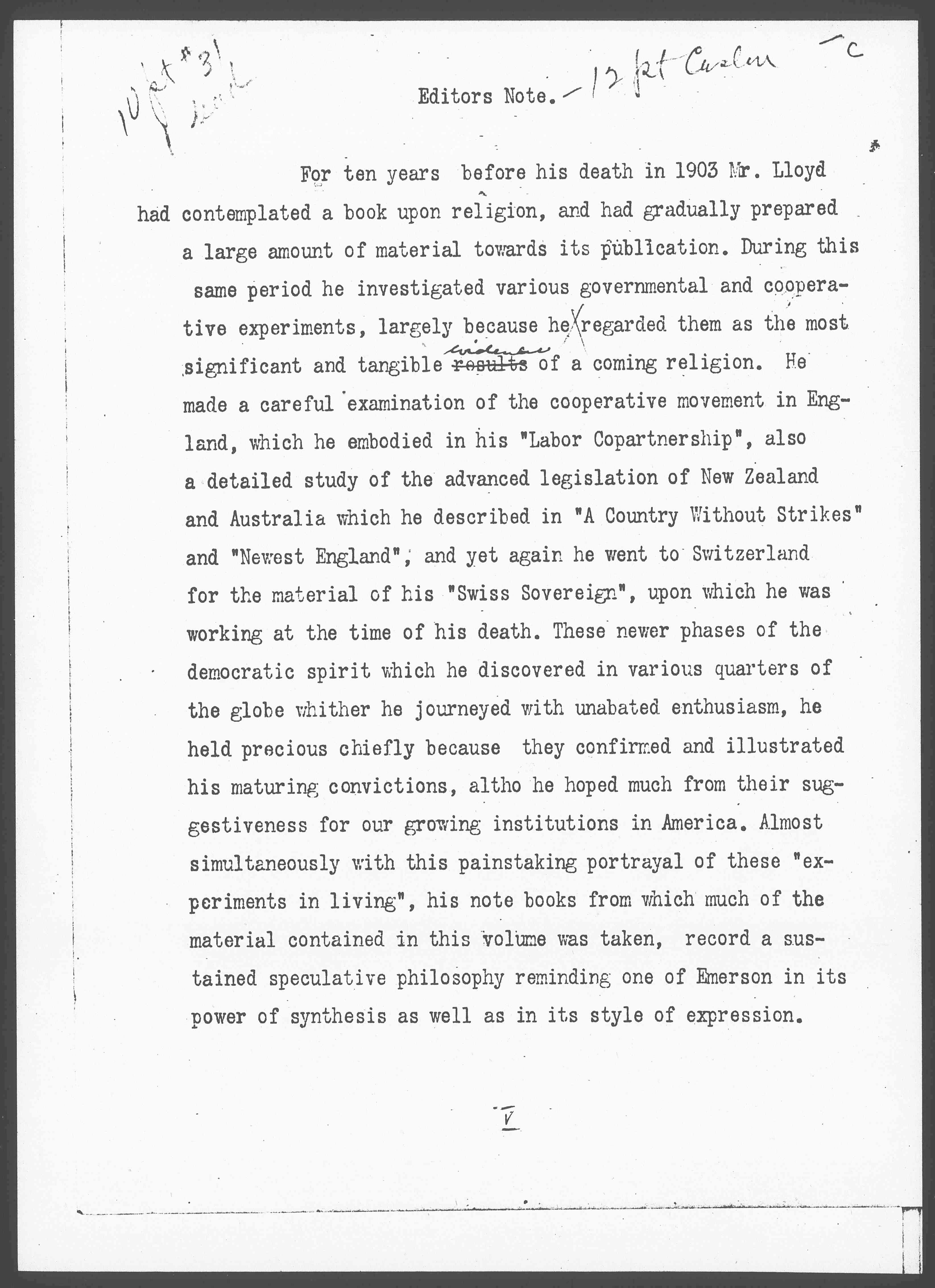 For ten years before his death in 1903 Mr. Lloyd had contemplated a book upon religion, and had gradually prepared a large amount of material towards its publication. During this same period he investigated various governmental and cooperative experiments, largely because he regarded them as the most significant and tangible results <evidence> of a coming religion. He made a careful examination of the cooperative movement in England, which he embodied in his "Labor Copartnership", also a detailed study of the advanced legislation of New Zealand and Australia which he described in "A Country Without Strikes" and "Newest England", and yet again he went to Switzerland for the material of his "Swiss Sovereign", upon which he was working at the time of his death. These newer phases of the democratic spirit which he discovered in various quarters of the globe whither he journeyed with unbated enthusiasm, he held precious chiefly because they confirmed and illustrated his maturing convictions, [although] he hoped much from their suggestiveness for our growing institutions in America. Almost simultaneously with this painstaking portrayal of these "experiments in living", his note books from which much of the material contained in this volume was taken, record a sustained speculative philosphy remindind one of Emerson in its power of synthesis as well as in its style of expression.

Mr. Lloyd naturally turned to these note books for the preparation of the many addresses which he delivered during <this same periond--> the last decade of his life. Two of these, The New Conscience and to the greater part of Chapter X. [although] they have already been published, are included in this book. The rest of the material familiar to Mr. Lloyd's many friends as characteristic of his strongests convictions, here appears in print for the first time.

The editors are conscious of many defects in argument and lucidity which Mr. Lloyd would certainly have remedied before publication, but it seemed wiser to confine their efforts to arrangments and selection rather than to venture upon elucidation. A certain lack of definiteness is inherent in the nature of the subject itself. It is quite impossibile to be exact in the effort to trace the source and growth of religious motives in contemporaneous society. The editors believe however, that the lack of logical sequence which the book presents is more than balanced by the accumulation of proof, the constructive insight, and the knowledge of social forces which it exhibits, and that in such an undertaking vagueness of expression is preferrable to dogmatism. 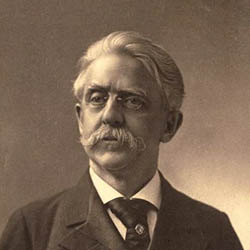 Addams and Withington introduce a series of essays by Henry Demarest Lloyd for a posthumous compilation Man, the Social Creator.