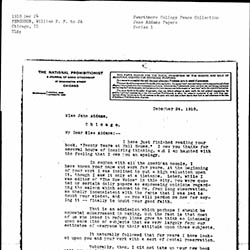 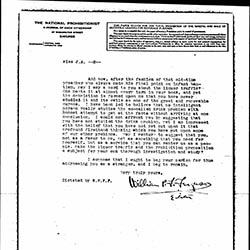 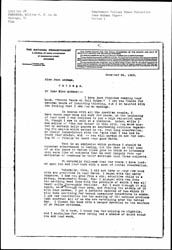 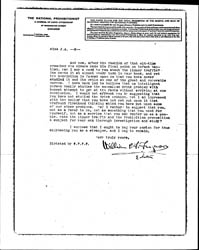 I have just finished reading your book, "Twenty Years at Hull House." I owe you thanks for several hours of inspiring thinking, and I am haunted with the feeling that I owe you an apology.

In common with all the American people, I have known your name and work for years. At the beginning of your work I was inclined to put a high valuation upon it, though I saw it only at a distance. Later, while I was editor of "The New Voice" in this city, you were quoted by certain daily papers as expressing opinions regarding the saloon which seemed to me, from long observation, so wholly inconsistent with the facts that I was lead to doubt your wisdom, and –- you will pardon me now for saying it –- finally to doubt your good faith.

This is an admission which perhaps I should be somewhat embarrassed in making, but the fact is that most of us who labor in reform lines grow to think so intensely upon some line of subjects that we very largely form our estimates of everyone by their attitude upon those subjects.

It naturally followed that for years I have looked upon you and your work with a sort of mental reservation.

Naturally, then, I did not take up your new book with any prejudice in your favor. I began with the early chapters. I saw you grow from a shy, sensitive child to a strong, resourceful woman. Then I plunged with you into the seething West Side with the problems of which I was already quite thoroughly familiar. But I went through it all again, seeing through your eyes, and feeling the strain of it with your nerves. I got a definite opinion of you which it will take something far beyond newspaper interviewers to shake. I got new inspiration for the solving of the complex problems that confront all of us who are worshiping afar the better day. I closed the book with a deeper devotion to the welfare of my fellow citizens.

In a word, I thank you for helping me mightily, and I apologize for ever having had a shadow of doubt about you and your work. [page 2]

And now, after the fashion of that old-time preacher who always made his final point on infant baptism, may I say a word to you about the liquor traffic? One meets it at almost every turn in your book, and yet the conviction is forced upon me that you have never studied it and its evils as one of the great and removable curses. I have been led to believe that no intelligent person really studies the so-called drink problem with honest attempt to get at the facts without arriving at one conclusion. I would not affront you by suggesting that you have not studied the drink problem, yet I am impressed with the belief that you have not yet put upon it that profound firsthand thinking which you have put upon some of our other problems. May I venture to suggest that you, not as a favor to me, not as something that you need for yourself, but as a service that you can render us as a people, make the liquor traffic and the Prohibition proposition a subject for your own thorough investigation and study?

I suppose that I ought to beg your pardon for thus addressing you as a stranger, and I beg to remain, 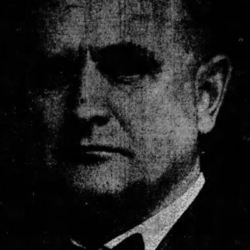 Ferguson writes Addams to confide his previous aversion to her conclusions about alcohol and to tell her that reading Twenty Years at Hull-House has changed his opinion about her work. He also asks her to consider devoting her careful attention to the case for Prohibition.