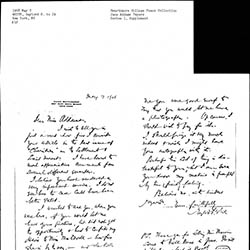 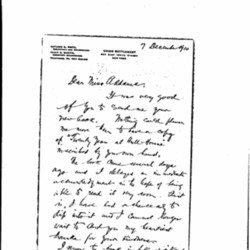 Gaylord Starin White was the head worker of the Union Settlement in New York. He gave a speech at the New Jersey State Conference of Charities and Correction titled "The Social Settlement as a Religious Force in the Community." White was president of the New York Neighborhood Workers' Association.He believed that religion was best exemplified through living it rather than preaching it, and he hoped to maintain a settlement that maintained the spirit of Jesus Christ and educational, social, civic, and religious well-being. The Union Settlement was involved in district improvement and cooperation with public schools. White was a member of the committee running the Union School of Religion, which was part of the Union Theological Seminary. He was also the Director of Student Christian Work at the Seminary. White formed the Committee on Congestion of Population in New York City in 1907 with other settlement workers, such as Florence Kelley, Lillian Wald, Mary K. Simkhovitch, and Dr. Herman C. Bumpus. He connected to the School of Philanthropy and was on the head committee at the Unemployment Luncheon Meeting to the Members' Council. White wrote "The Social Settlement After Twenty-Five Years" for the Harvard Theological Review.